More brands want podcasts. Millions of Nigerians may not be ready yet (1) 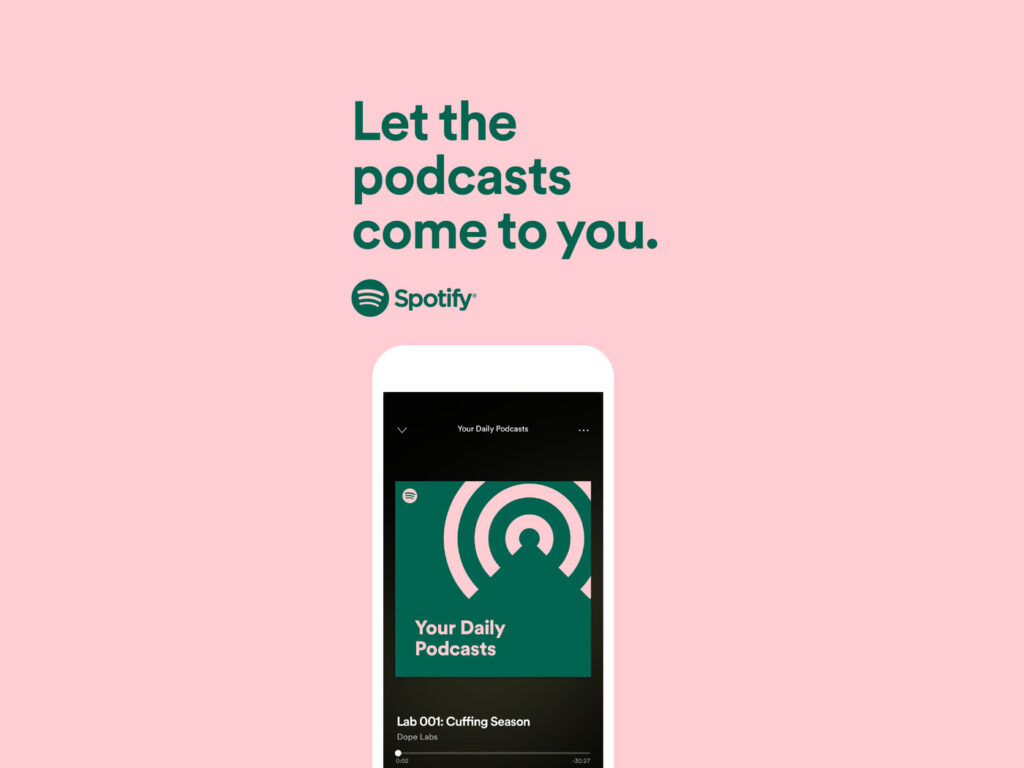 In 2005, the New York columnist David Carr wrote, “In a nascent state, podcasting is the platform du jour, the latest form of jailbreak media that has plain old citizens pulling up the microphone and mainstream media running scared”. That February, Marco R. della Cava wrote in the USA Today, “Once upon a time in America, during the gilded reign of Johnny Carson, the rules were clear: Hollywood provided the candy, and people made time to devour it. But this web-based phenomenon puts the real back in reality programming, emanating not from slick studios but Anyhome USA”.

Currently, most podcasts are audio, even though there are also video podcasts. But generally, podcasts are series of spoken word, audio episodes, all focused on a particular topic or theme, like startups, marriage, or feminism. They are streamable and downloadable audio entertainment, easy for on-the-go listening. Simply put, they are internet radio shows on-demand that users can stream and download from multiple websites and apps. Some podcast platforms are available on computers, smart devices, or both. Google Podcasts and Apple Podcasts are examples of free apps and services, while Stitcher, Spotify, and iHeartRadio are currently free with advertisements but offer ad-free, paid subscriptions.

With the rise of smartphones, podcasts began to spread more widely, with Apple possessing up to 1 billion global podcast subscribers by 2013, spanning 250,000 unique podcasts with eight million episodes in over 100 languages. Fifteen years ago, niche audiences like tech insiders and comedy fans were the core fans of podcasts, even though most did not pay to the medium as a concept. In 2014, Pew’s State of the Media report concluded that the audience for podcasts had “largely leveled off” and that only 29% of Americans had ever listened to a podcast.

Podcast gets a new global boost

In late 2014, podcasts got a massive boost with the success of Serial, an American podcast chronicling the 1999 murder of Maryland teenager Hae Min Lee and the resulting conviction of her former boyfriend, Adnan Syed. Serial became the most popular podcast in history, averaging 1.5 million listeners per episode. For context, it took the famous American radio show This American Life 4 years to reach a million listeners. Serial exceeded that milestone in 4 weeks. After early successes like WTF with Marc Maron (2009), Alec Baldwin’s Here’s The Thing (2011) and Anna Faris’ Unqualified (2015), new celebrity podcasts also attracted listenership. In 2017, 15% of Apple’s top 20 most downloaded podcasts were hosted by celebrities or influencers — this jumped to 32% of the top 25 in 2018. And of all the new shows that launched in 2018, 48% of the top 25 were celebrity-hosted.

Many experts who supported the podcast boom pointed to a few reasons: The growing audience thanks to in-car technology that makes on-demand listening as easy as tuning in to traditional radio; a podcast app that comes standard on all iPhones, meaning more people are inclined to subscribe to shows and give them a listen when they see a little notification pop up that there’s a new episode. As a result, by 2019, 32% of Americans (90 million) regularly listen to podcasts, up from 26% a year before. Weekly consumption also increased rapidly: 62 million (approx. 22%) listened to podcasts at least once a week in 2019, compared to just 23 million in 2014.

By 2020, Latino podcasts were also flourishing due to the large number of Spanish speakers in both the US and South America. Chile is in the lead with a podcast growth rate of 85%. It is followed by Argentina (55.28%), Peru (49.1%), and Mexico (47.84%). China was the country with the fifth-highest rate at 43.62%). In addition, podcast listenership is booming in South Korea. More than half of the population listens to podcasts monthly, while two out of three Koreans are podcast fans. They are also popular in Spain, where 58% of citizens listen to podcasts monthly. In South Africa and Kenya, Reuters found around 40% of the more educated, urban samples to be monthly podcast users. “In Africa, smartphones are more dominant than in the rest of the world. However, there are a few constraints around bandwidth that are affecting growth,” says Newman, Senior Research Associate, Reuters Institute for the Study of Journalism, United Kingdom.

There has also been a growing interest among Africans, especially among the youths who actually consume more data than other consumer segments. In the last decade, these podcasts are often inspired by successful shows in the West and adapted for the local audience based on the host’s interests and/or profession. Pod Save Africa is obviously adapted from Pod Save America, a podcast hosted by former Obama aides Jon Favreau, Jon Lovett, Dan Pfeiffer, and Tommy Vietor. In South Africa, there’s Alibi, the investigative journalism series. There is the Leading Ladies in Zambia, an animated podcast series dedicated to women in the country’s history.

In Kenya, there’s Cut the Foreplay, a comedy series; Legally Clueless, which is focused on the presenter, Adelle Onyango’s journey as an African woman; and Surviving Nairobi, a podcast based on the lives of its hosts, DJ IV and Hafare. You definitely cannot omit Nigeria’s biggest podcast, I Said What I Said, hosted by Jola Ayeye and Feyikemi Abudu; Young In Love with Kezia Vilawa and The Relatable Podcast by Og and Nu.

Who are the major players?

The demand for podcasts continues to rise globally with increasing customer usage and penetration, with monthly podcast listeners growing by 42% CAGR —from 287 million in 2016 to 835 million in 2019. Going forward, global monthly podcast listeners are expected to grow by 20% per year between 2020 and 2023, reaching about 1.8 billion by 2023. More specifically, Apple dominates the US, while Spotify has become the primary podcast platform in Europe. Podcasts have traditionally been associated with Apple devices, but that is changing as new players enter the market, especially in Europe.

Podcast listeners in Germany and the UK use Spotify (39%/29%) as their primary podcasting source. Listeners have different demographics than the traditional TV or music audience. Podcast listeners tend to be younger, well educated, and mainly listen via headphones/mobile phones. These demographics & habits are enticing to brands, publishers and broadcasters who find it harder to reach younger consumers. However, once they find a podcast they like, they tend to be devoted. The medium feels intimate, and they feel a deep, personal connection with the hosts.

Primarily, podcasting generates money from advertising, and ad revenues are increasing. Aside from in-episode advertising, other sources of revenue include (premium) subscriptions and donations. Podcast advertising is growing fast – according to WARC’s 2019 Global Ad Trends report, podcast ad spend is currently worth $855m globally, set to rise to $1.6bn by 2022 (4.5% of global audio advertising spend), and expected to eclipse $4 billion in 2023.

While advertising constitutes the dominant revenue stream for the medium, the Tow Center for Digital Journalism report identified that podcasters are actively experimenting with a wide range of revenue streams. Among the models identified are various forms of direct support through platforms such as Patreon or Kickstarter, grants from foundations, subscription or “freemium” models, brand sponsorships and staging live events such as conferences or webinars.

In the concluding part of this series, we will talk about the rise of enterprise podcasts, and how it affects the Nigerian market.