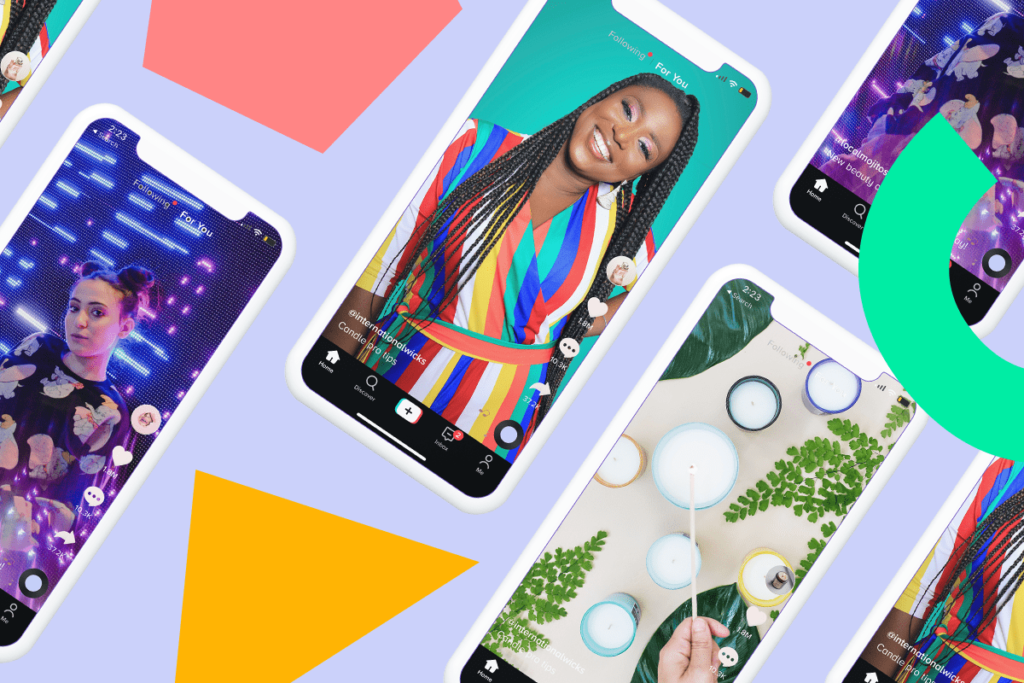 Over the years, Dunkin’ Donuts – now Dunkin’ – has grown to become one of the most recognised food brands in the world. It is, unarguably, also one of the best food brands on TikTok. With over 3 million followers, 21 million likes, and its strategic focus on User Generated Content on the app, the brand’s marketing strategy is truly impressive. But much of Dunkin’s popularity with Gen Z on TikTok can be traced to its endorsement of the #1 most followed TikTok star, Charli D’Amelio. In fact, Dunkin’ beverages have appeared in over 120 of her TikTok videos, with the majority as unsponsored product placements.

At just 17 years old, Charli was the first TikTok user to earn over 100 million followers on the app, a feat only achieved by two individuals, D’Amelio and Khabane Lame. Acquiring D’Amelio didn’t come easy for Dunkin’ as it is estimated that she makes up to $50,000 per post. Upon the release of the first beverage named after her called ‘The Charli’, it led to a 57% rise in daily app downloads on launch day and a 45% rise in cold brew sales the day after launch. The brand also began to collaborate with several TikTok influencers and content creators, ranging from the high profile influencers like Zachariah Porter and Snoop Dogg to the more undiscovered cult sensations like Sean Evans and Matty Benedetto.

Why should anyone care, you might ask? It is quite simple for creators, brands, and even corporate organisations: It is all about the promise of going viral. “It’s very simple and super effective: TikTok is 33%  music, 33%  trending, 33% simple customisation. But it’s also about that remaining 1%: the mysterious fact that you can become viral for no apparent reason. This is the most desirable and catchy ‘feature’ of this boom-channel,” said Arnold Vieriu, head of social media at Tribal Worldwide Romania.

Just like the popular dances or trending songs, products can also achieve cult-favorite status when picked up by the app’s algorithm. From the NBA to Ocean Spray and Etsy makers, both big brands and SMEs have benefited from the attention they have received on the platform.

Community – why virality is easier on TikTok

Have you seen Nigeria’s TikTokverse? Were you shocked by the viral #SilhouetteChallenge? Did you worry that young Nigerians seem to have unnecessary free time because of the #GhostChallenge? Or was it because of the #LieChallenge? Or ComotBodyJoor? Welcome to unpaid, unbranded, community-driven virality. Globally, TikTok is dominated by Gen Z, with over 40% of users between the ages of 16 and 24. Just like in Nigeria, it has become widely recognised for its brilliance at providing content for very specific, granular, micro-subcultures.

It’s easier for micro-culture members to find each other on TikTok vs. Facebook Groups, where users have to search and opt-in to find their group. TikTok’s owner, ByteDance, made a huge investment in designing the algorithm to be highly nuanced and accurate for each TikTok user.  To quote Wei, “TikTok’s design helps its algorithm see.” Other top platform algorithms depend on users inputting searches. TikTok is much less work for users. It observes myriad aspects of behaviors and preferences automatically, with less need for users to follow anyone. Wei calls it passive personalization: learning through user consumption. As a result, user training of the algorithm to assemble their personalized interest graph feels effortless and enjoyable.

The app is unique in its ability to deliver massive amounts of content via an endless scroll of short-form videos, unlike Twitter, Instagram, and Facebook that can decentralise the attention of their users through “stories,” longer videos, and text posts. The interface is elementary, and it’s impossible to get lost — the app exists almost entirely on the algorithmically-curated “for you” page, suiting the ever-shortening attention span. The app has become so big that it has seeped into every part of pop culture: Fashion, film, television, music, and dance are constantly being reformulated by the app’s sheer influence.

“TikTok has really become a critical part of artist storytelling,” Kristen Bender, the senior vice president of digital strategy and business development at Universal Music Group, told Insider during a webinar. “Since we signed our deal with TikTok earlier this year, our labels have been extremely leaned into the platform”. Recently, a remix of CKay’s song featuring DJ Yo and Axel, took over the video-sharing app, with more than 3 million videos created under the sound. Since September 11, the song has remained the most Shazamed song in the world, beating out the Kid Laroi and Justin Beiber’s “Stay,” and Elton John’s remix of “Cold Heart” featuring Dua Lipa. Right now, “Love Nwantiti” is charting in 160 countries.

More than 20 movies have gone viral due to reactions or recommendations on TikTok.

Why Nigerian brands should be on TikTok now

According to Statista, TikTok was the ninth most popular social media platform in Nigeria, just behind LinkedIn and Telegram, as of the third quarter of 2020. With an increase in online content consumption due to social restrictions and quarantine policies in the country, many users globally gravitated towards the app to participate in video challenges, trending dance moves, mimes, lip-synching or skits. Last month, TikTok hit 1 billion monthly active users globally, achieving a 45% jump since June 2020.

In Nigeria, there are approximately 43 million social network users, with the figure projected to grow to 103 million users in 2026. About 32.9% of the users are already on TikTok, but trends reflect excellent growth opportunities for the app: it is fun to use and dominated by young Nigerians. According to Arnold Vieriu, “TikTok is mandatory for early-adopter brands and it’s at the beginning of its “media age,” meaning that ads are not as annoying and repetitive for the audience. It’s very important to know where your target spends the most time online because that’s the place where they will also engage with the right message”.

“According to recent research, young people between 16-20 years old are spending a lot of time on TikTok and WhatsApp, so, yes – any brand that targets this age group should be on TikTok,” added the Tribal Worldwide Romania’s representative.

Music is one of the key ways trends spread on the app, so videos that blow up using a particular sound become the trending sound. Users listen to the same song or beat for a week or two before someone inevitably remixes it. For example, Elf Cosmetics commissioned a song specifically for its TikTok campaign. The song, which takes inspiration from Kash Doll’s 2018 hit “Ice Me Out” and is called “Eyes Lips Face” after the brand name’s acronym, is believed to be the first original song commissioned for a TikTok campaign. The brand then worked with a few influencers to initially kick it off, and the results from there have been mind-blowing. As of June 2021, video with #eyeslipsface on TikTok reached 3.8 billion and generated strong brand awareness.

In addition, TikTok posts average a 52.1% engagement rate, and accounts with fewer than 1,000 followers have an average engagement rate of 144.9%. For reference, the average engagement rate on Instagram hovers around 3%. With content specifically focused on people that exist in the same community and with similar tastes, the growth is organic. The unique, innovative algorithm of the social media platform allows brands to reach many people based on how much they like the content. Much like the Instagram algorithm, users see posts or accounts that they interact with the most. As a result, brands can reach more people organically, translating to more buyers, leads, and even customers.

“I think it’s a kind reminder of the fact that communication tools are constantly evolving and that brands need to keep up. I also believe TikTok tends to push brands into behind-the-scenes content and requires more authenticity and creativity,” added Laura Savu, Global Community Manager, TikTok, Germany. Still, it is imperative to maintain that there is no strategy that guides going viral. But what is required is for brands to leverage personal and creator-driven content, and innovative brands can actually create individualised personalities. While it may be difficult for brands to let loose on the app, user-generated content is accepted as far more authentic than strict ads and does far better on the ‘For You Page’. Essentially, that originality and creativity can be difficult for many local brands.

So, maybe – just maybe – it might be time to leave it in the hands of the consumers. Yes, those happy, fun-seeking, totally excited young consumers currently dominating the platform. It is time to have some brand-guided fun.