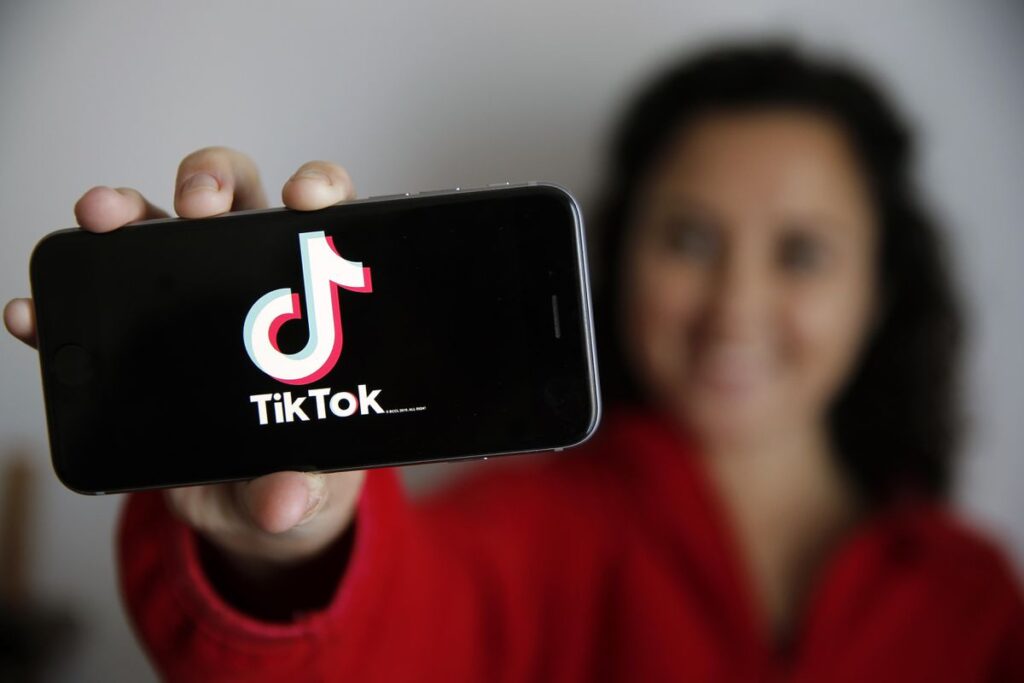 TikTok is one of the most popular apps on social media – in-fact it was the most popular  in 2020 with 850 million downloads, beating Zoom, Instagram, Facebook and WhatsApp. The app’s Q1 downloads for last year set the record for the most downloads of any app in a single quarter at 315 million, and almost 120 million of its over 2 billion total downloads happened in April 2020 alone. The app currently ranks as the third most downloaded social media app among Nigerians in the Google Play Store, and sixth among Kenyans.

The majority of TikTok users are teens and young adults. Globally, 66% of TikTok users are under 30 years old. As of August 2020, 100 million people in the United States used the app every month, and 50 million used it daily. On the average, users open the app eight times a day and use it for about five minutes each time. In 2020, 29% of teenagers worldwide confirmed TikTok is their favourite social media platform compared to only 4% in 2019. The biggest TikTok star so far is a teenager: dancer Charli Grace D’Amelio, age 16, who has over 105 million followers. In Nigeria, some of the most popular influencers include Nollywood actors, Kunle Remi, Iyabo Ojo, Genevieve Nnaji, and music producer, Don Jazzy.

TikTok’s massive popularity globally has been attributed to its appeal to millennials and Generation Z for its support of a mix of music, lip-sync videos, and micro-video content. Amid COVID-19 quarantines and mass mobilisation against the status quo, its innovative and unique design is at the frontier of a new wave of social media, transforming how we interact with each other and consume digital content. TikTok’s business model, like other media apps, contains two main components: users and advertisers. Its income comes from advertisements and app purchasers by TikTok users.

The potent marketing power of TikTok has led to the creation of “content houses” – where the social media influencers live together and make videos. The most prominent ones are the Hype House and Sway House, where teen influencers collaborate on dancing videos and other content that frequently go viral. These views translate into enormous paychecks for the young stars. It is estimated that Addison Rae Easterling, a member of the Hype House, earned $5 million last year.

From China to the United States, TikTok has also been in the thick of political partisanship and global diplomacy. The platform became a prominent arena for anti-Trump protests – users were  credited for having a role to play  in the poor turnout at former President Trump’s Tulsa re-election rally in June. They also forced his campaign to reset the Trump app’s rating after TikTokkers trolled it with bad reviews. Overnight, the Donald Trump administration signed an executive order that would prevent Americans from conducting ‘any transaction’ with the Chinese owners over concerns about national security.

The platform is already nurturing outliers within the continent: content creators using the app for political satire and humanitarian activities. Weetracker notes that TikTok’s attention to Africa makes absolute sense. Africa is the world’s youngest continent with a median age of 20 years compared to India, which is 27, and America, which is 38. It presents greater access to its target audience: the so-called Millennials and Gen Z. With TikTok, young teens learn to make meanings from social situations, not only in the online space but also in their offline lives where teens reflect and evaluate other people’s reactions to their videos. With its grassroots quality, TikTok could also determine youth culture in Nigeria for many years.

While a tiny segment of the focus group claims they hate the app, their feedback was mostly about time management and “pointless” content: “It is full of useless content. Only one out of 2,000 content there is meaningful”; “It burns data”; It is neither necessary nor unnecessary. It is quite time and data consuming as well”. The group was divided on whether Tiktok has influenced their lifestyle, with users highlighting how it has affected their music tastes, fashion choices, creativity, and access to information.

For those who like the app, comments include, “It has short and great content that has been customised to suit my taste in comedy and entertainment”; “I do not have the app on my phone, but I like it because I see the creativity people put in using the app. It helps bring out a lot of hidden talent in people, and that is amazing”; “I do not have or use the app, but I see videos, and I believe the app has helped a lot of young people explore new sides of them. I am a little weary that cyberbullying and unnecessary standards may be raised through the app”; It is fun, and it has fantastic filters. Your content can go viral more often as compared to other platforms”; “The application has a mix of different video categories. The video suggestion scheme is pleasant”; “It is interesting, entertaining, creative and educative”.

While a tiny segment of the focus group claims they hate the app, their feedback was mostly about time management and “pointless” content: “It is full of useless content. Only one out of 2,000 content there is meaningful”; “It burns data”; It is neither necessary nor unnecessary. It is quite time and data consuming as well”. The group was divided on whether Tiktok has influenced their lifestyle, with users highlighting how it has affected their music tastes, fashion choices, creativity, and access to information.

“It is the new frontier of engagement for brands with the emerging GenZ; it has provided creatives the ability to create communities and share messages that transcend their physical locations,” said Muyiwa Babarinde, Head of Marketing, Savyt. “Every generation has the culture shapers, and the Gen Zis leading the way as the coolest, most recent generation, as they come of age with each passing year. For brands, TikTok is a new frontier to engage with the generation that will make up a bulk of the market in the years to come, their rules are different, and their world view and realities different. But with TikTok, you can get a peek into their lifestyle; their motivations, what makes them tick and see how best to connect with them”.

TikTok is widely recognised for being masterful at providing content for very specific, granular, micro-subcultures. It is easier for micro-culture members to find each other on TikTok vs Facebook Groups, where users have to search and opt-in to find their group. It also has unique features that enable others to superimpose their variations on an original post. This ability to join in with a particular, niche interest area creates communities because it is so easy to create TikToks, funny ideas that everyone can relate to and invite others to jump on.

“In today’s society where everyone uses digital platforms, whose main reward is a promise of going viral – TikTok understandably evokes excitement and interest,” said Chukwukere Okpani, a digital marketing expert. “Its influence amongst young people is evident – as it appeals to the zeitgeist. Nothing says cool now more than understanding your way around TikTok, latest sensations or challenges on the platform – which often sips through all other platforms and provides exciting ways of presenting any topic; from the Israel/Palestine conflict, the best crypto coin to invest in, or how best to make Jollof rice. There is a section for everyone, and it is consistently impacting the culture based on these benefits.”

Facebook, YouTube, and Instagram followed as the most used social media platforms in Nigeria. However, the expanding market for android phones among Nigerians, rising interest in communities, and content sharing show a possible increase in TikTok subscribers in the country.