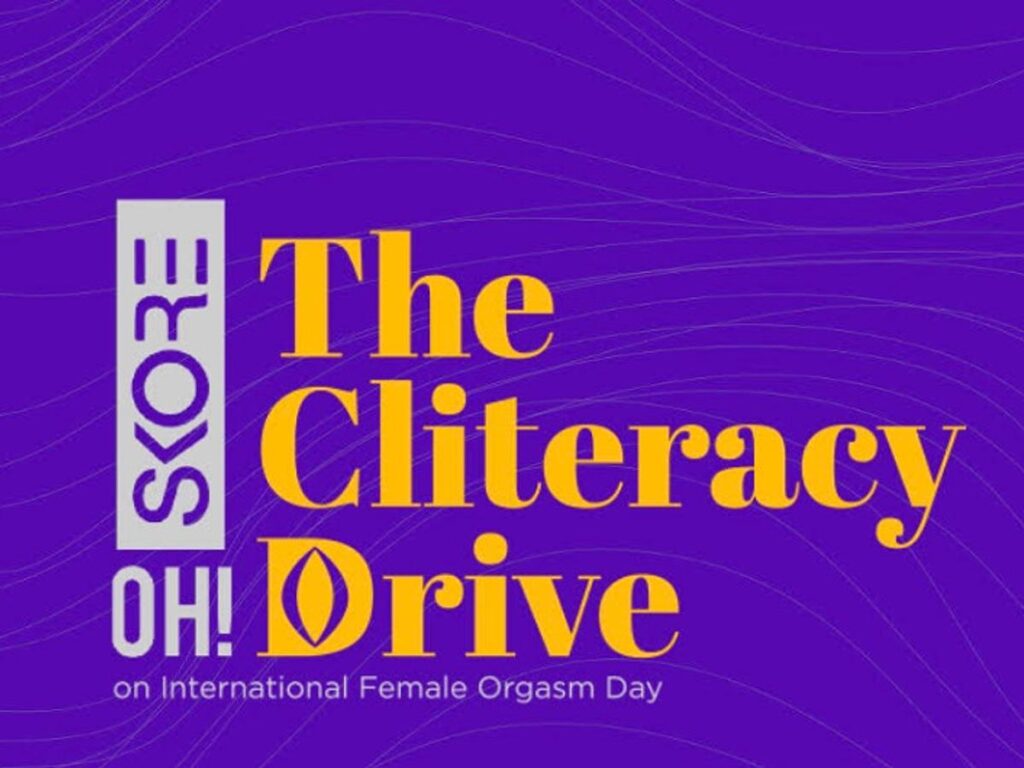 Seth Godin, the marketing guru and entrepreneur said, “People do not buy goods and services. They buy relations, stories, and magic”. With consumers spoilt for choice through intense market competition and a wealth of existing channels, brands do not only have to demonstrate new and innovative ways of storytelling, but they have to ensure that these stories are told in a distinct style that makes them different from their competitors – something that makes them memorable and unique. For Skore, one of India’s largest sexual wellness brands from TTK Healthcare, it was a fun, educational campaign to spread awareness about the female orgasm.

Just like the dominant religions, the female orgasm is a 2,000-year-old argument. Since Aristotle’s initial argument that only women “of a feminine type” ejaculate, interested parties have constantly debated the subject, leaving the conversation vulnerable to a massive misinformation campaign. Greek physician Galen, even maintained that the female orgasm was necessary for procreation, a belief that lasted into the 18th century.

You believe him, don’t you? Well, he was also convinced that women were immune to post-coital tristesse —a condition that can cause feelings of sadness, anxiety, agitation, and crying after intercourse. It can last anywhere from 5 minutes to 2 hours, and it can happen with or without orgasm.

“Every animal is sad after coitus,” he opined, “except the human female and the rooster”. Don’t roll your eyes yet. It got worse. In 1857, the British gynecologist William Acton wrote that “the majority of women (happily for them) are not very much troubled by sexual feelings of any kind”, a statement that echoed the prevailing wisdom of his colleagues at the time. With the 1953 publication of Alfred Kinsey’s Sexual Behavior in the Human Female, the Western world finally embarked upon what Jonathan Margolis, the author of O: The Intimate History of the Orgasm, calls “the unsteady Western path from a Victorian hangover to cautious advance.”

Welcome back to the 21st century – where public discourse about gender, sex, and female may appear more straightforward and democratic. Even though specific communities find such conversation a social taboo, Skore wanted to educate the audience about the clitoris while promoting its Oh! brand Pleasure Gel. The campaign was strategically launched during this year’s International Female Orgasm Day – August 8.

How Skore executed the campaign

The campaign, which was conceptualized by Isobar —the digital agency from the house of Dentsu India, begins with teasers about critical facts, figures, quizzes, and myths about orgasm, which were shared on social media platforms. The brand further engaged its consumers by asking them to unlock a discount banner through a unique experience — an interactive mobile banner designed by mCanvas, an experiential rich media storytelling platform. Consumers must rub the banner with precision to enjoy the discount, or else, the banner responds with tricks and tips of getting it right with Skore OH! Pleasure Gel.

To drive a wider conversation and improve brand interest, the brand also collaborated with digital creator and sex educator, Leeza Mangaldas, to offer learnings through videos that educate consumers about female orgasm. In addition, a first-ever session titled ‘Sleepless with Skore’, was held with two influencers and content creators, Santu Misra and Aishwarya Subramanyam on their wildly popular Clubhouse room named ‘The Dark Room’. In the session, participants were asked to integrate Skore OH! Pleasure Gel into conversations around female orgasms and related topics. Several influencers were also engaged to talk about the problems faced by women while trying to reach their peak. The brand has also created a ‘Cliteracy drive’ microsite that offers users tips and tricks for female orgasm.

“Skore is a brand that believes in empowerment,” stated Vishal Vyas, AVP marketing, consumer products division, TTK Healthcare. “And with a product like OH! Pleasure Gel in the Skore portfolio – specially made to intensify female pleasure – we owe it to the women fraternity to address this issue that has been prevalent for generations. After all, for a brand to be relevant, it needs to touch the right nerve.”

Arjun Siva, DGM, digital marketing and e-commerce, Skore, said, “Skore has always believed that men and women should be equals when it comes to pleasure, and we have showcased this in our past communications. This campaign drives that conviction forward in a far more innovative and effective manner.”

What worked for the campaign

Exploring different tools and influencers across social media platforms, Skore specifically targeted its message towards the younger generation since they are more open and comfortable to understand the subject. With the video teaser shared on the brand’s page, the content received over 40,000 views on Instagram alone. Additionally, discussing sex is a private behaviour. So, what better place to choose for this campaign than a closed room where a group of people can openly talk about sex, thus, making Clubhouse the ideal platform.

Due to its popularity and appeal, the Dark Room – a popular club on the app, was chosen for the conversation. It was hosted by popular content creators — Mishra and  Subramanyam, who regularly speak on tabooed topics. The room was aptly themed ‘Sleepless with Skore’, with conversations around the need for women to explore pleasure and orgasms with the help of Skore products, and the need for men to be ‘cliterate’. Up to 1,000 participants joined the conversations, wherein most of them chose to stay for the complete 2-hour session. This was a huge leap considering that people today are unwilling to invest even 30 seconds of their time on communication from brands.

Furthermore, not only was Skore the first brand to associate with Clubhouse in India, but it was also the first time that the brand was actively listening to opinions, conversations, and feedback on an open platform from its core TG on the ‘subject’ and also on the brand itself. As a result, the brand received numerous organic mentions during conversations that were completely unseeded and opened itself to previously untapped segments. It was, therefore, essential for the brand to be an enabler of the conversation rather than trying to be the hero.

Aalap Desai, Creative Director, Dentsu Isobaradds adds, “The new world is changing and challenging traditional creative boundaries. The walls are collapsing, and the lines between virtual and real worlds are blurring. But, in the cluttered market, if you aren’t different, you aren’t noticed. With Skore’s Cliteracy Drive and the mCanvas innovation, we made consumers in the virtual world mimic a real-world behaviour which is fantastic and educated them at the exact point where they were the most open to it.”