Here are the pre-eminent reality TV shows in Nigeria 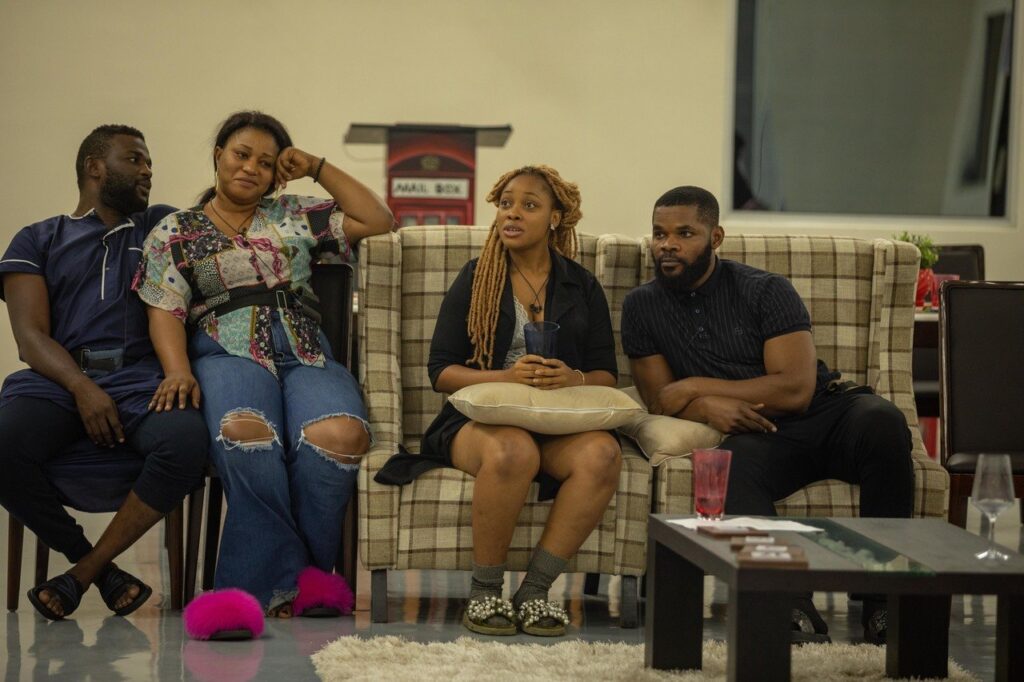 Nigeria is Africa’s hub of entertainment, and Nigerian television has churned out some incredible and delectable shows over the past decades including the famous Super Story and Papa Ajasco. In recent years, the industry has witnessed a tectonic shift towards reality television, and some of them like Big Brother Naija have become a mainstay in Nigerian homes. Today we examine some of the reality TV shows that keep Nigerians glued to their screens.

Finding love is an important aspect of all human lives. Where love can mean a lot of things for different people, this reality TV show is one of the few in Nigeria that help couples define what love means to them. The model is quite simple: 16 individuals (half of each gender) are paired up and are hosted in a secluded venue for 50 days under 24 hours surveillance. The quest is to find the ultimate couple love and for them to maintain the love during the show – and hopefully after the show. The format takes after the popular franchise, Big Brother.

Ultimate Love NG  is produced by MultiChoice Nigeria and is hosted by Dakore Egbuson-Akande and Oluwaseun Olaniyan. In the first season, Rossie and Kachi emerged as the ultimate couples of the show. There was, however, drama during the show and after that has made it one of the most interesting reality TV shows in the country.

The Voice Nigeria is a popular singing contest in Nigeria. The show, which is an offshoot of the global music reality TV show, The Voice debuted in 2016.  It screens dozens of contestants over a three-month period, whittling them down to final a 6 for the final weekend where viewers get to decide their winner.

This show has produced a number of artists in the Afro music space. Popular Nigerian singer, Chike is one of them  – though a runner-up in the inaugural season and he has moved on to establish himself as one of the most sought-after singers in Nigeria after the show. The Voice Nigeria was created by Jon de Mol and takes its playbook from The Voice of Holland. It was hosted by IK Osakioduwa in the first and second season with Stephanie Coker as a co-host; Toke Makinwa was a co-host in the just-concluded season three with Nancy Isime as the main host.

Top-tier Nigerian artistes have been judges on the show, including recurring stars Waje and Yemi Alade. 2Baba appeared in season one; Patoranking and Timi Dakolo in the first two seasons, with Darey and Falz joining the recurring judges for the third season. Although it kicked off in 2016, the show took a break after the second season in 2017 and returned for a third in 2021.

This is another local franchise of the singer-star reality TV show. Many Nigerians enjoy watching the show for the perceived reason that, unlike The Voice, Nigeria Idol isn’t so demanding from the contestants. You can decide if that’s true.

When the first edition of the show was hosted in October 2010, it was opened to all Nigerians between the ages of 18 – 28. This first edition garnered fame and acceptance as it was aired across Africa with over 15 channels. In this maiden edition, the-then 26-year-old Onyekachi Elizabeth Gilbert, known by the stage name “Yeka Onka”, emerged as the first winner of the Nigerian Idol show. She was awarded the sum of N7.5million, a recording contract with Sony, a car, and an all-expense-paid trip to South Africa.

Nigeria Idol takes after the Idol franchise created by Simon Fuller and has been presented by Tiwa Savage among others. Season six had Obi Asika, Seyi Shay, and DJ Sose as judges.

This reality TV show was created by telecoms company MTN. It is an attempt to revive the popular West Africa-wide reality TV Show, MTN Project Fame. It debuted in 2020, during the peak of the pandemic, and has grown to become one of the most popular Nigerian TV shows with good reception.

The discontinuation of Project Fame left many fans heartbroken but the Y’ello Star has somehow rekindled that fire. The first season saw 16 contestants who enjoying a Virtual Music Training Program from the prestigious Berklee College of Music, as well as a Creative Entrepreneurship Training Program certification by Henley Business School.

Though the talents were raw and original even before they were discovered in the show, the training was aimed at refining and polishing these talents in the art and business of music.

BBN is the proverbial elephant in the room and any list would be incomplete without it. Nigerians both young and old, educated and uneducated love the show. It’s often joked that the easiest way to be popular in Nigeria is to feature in the 3-month long show. Big Brother Naija features 20 contestants locked away in a mansion for 3 months and only the last person standing at the end walks away with the grand prize.

The show is so popular that in its Season three featuring controversial housemates like Tacha, Nigerians cast a whopping 200 million votes to keep their favourite housemates in the house.

Other notable shows are Maltina Dance Hall, Nigeria’s Got Talent, and X-Factor.