The world is massively investing in Nigerian music. What does it say about Lagos State’s N1 billion fund for creative arts? 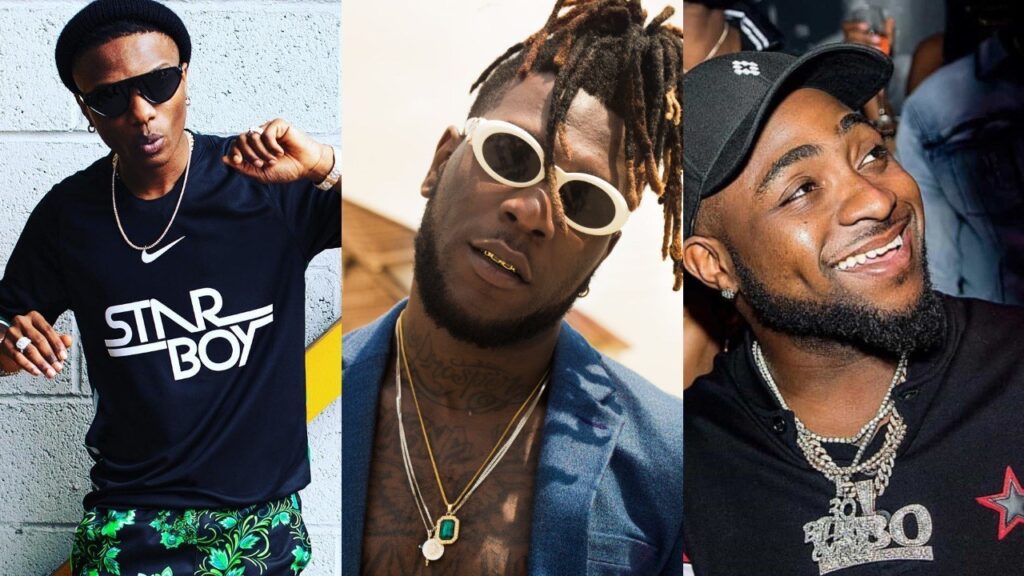 In January, we noted that while Deezer and Boomplay were enjoying success in Nigeria, Spotify wasn’t present yet. That has changed, hasn’t it? In February, Spotify expanded to 40 more African countries, including Nigeria. In total, it entered 86 new markets in different parts of the world.

We also said that the global music industry is growing. According to the IFPI (International Federation of the Photographic Industry) global report for 2019, the music record business saw a global increase in revenue of 8.2%. In Africa, however, it was about 15%. This placed the continent as the world’s second-highest growth market after Latin America.

Africa’s 1.2 billion people present a target for global music businesses. New customers can be targeted; the continent’s refreshing talent pool can be capitalized internationally. Meanwhile, Nigeria is Africa’s most populous country with over 200 million people – almost four times the South African population. Analysts expect total music revenue in Nigeria to rise to US$73 million in 2021. According to PwC, music streaming revenue is estimated to increase at about 20% CAGR in South Africa, 30% in Kenya, and 40% in Nigeria, resulting in revenues of about $40M, $5.2M, and $17.5M respectively between 2019 – 2023.

In 2015, digital music sales surpassed physical. Digital distribution and digital service providers are increasingly focal. Today, platforms are the new stores. According to the RIAA (Recording Industry Association of America), 80% of earnings in the music industry comes from streaming. In Africa today, the music streaming market has players like Audiomack, Youtube Music, Apple Music, Shazam, Deezer, and local platforms such as MTN MusicTime and Boomplay. Their increased activities in Nigeria seriously reflect its growth potential.

Spotify is arguably the largest music streaming platform in the world. Before February 2021, it had only launched in South Africa, Morocco, Egypt, Algeria, and Tunisia. Following its expansion, the company announced that it will introduce new features and upgrade its podcast catalogue to fit into new markets.

Meanwhile, Apple Music is making significant investments into the continent’s artists and music business. Apple Music’s Africa Rising program was launched in July. The company has also curated playlists for Nigerian music and artists – Africa Now, Afrobeats Hits, Naija Hits, Top 100: Nigeria playlists, to mention a few. Tems, Rema, and Omah Lay are examples of fast-rising, internationally acclaimed artists that have partnered with Apple Music since the beginning of their careers. But DSPs are not only partnering with artists. In January, Apple Music and Cool FM announced a content partnership that allows Cool FM to syndicate two Apple Music shows.

Previously, we discussed Apple Music’s million-dollar expansion into Africa as an intentional part of its international growth. Last year, it expanded its offerings from 12 African countries to 37. Since its 2015 debut (initially in Nigeria and South Africa), Apple Music has experienced growth. In Nigeria, streams grew 119% year over year, and subscribers doubled. Apple Music is becoming a continental rival with Boomplay. By the end of 2020, both companies boasted around 140,000 subscribers each.

Speaking of Boomplay, it remains Africa’s largest streaming service. In 2020, it closed a Series A round for $20 million to support expansion. Boomplay has the incredible advantage of being preloaded on all Infinix and Tecno smartphones. All three companies are owned by Transsion, a large-scaled Chinese company. Meanwhile, 90% of African phone users own Androids. In 2018, Transsion sold over 120 million phones in Africa.

The world’s three largest record labels, Universal Music Group, Sony Music, and Warner Music Group, have entered the African market either by signing African artists, partnering with African record labels, and/or opening offices on the continent. In March 2019, Warner Music Group entered a pioneering partnership with the influential Chocolate City. In What do foreign labels want from us?, we mentioned UMG’s deal with Aristokrat Group and the Empire-YBNL publishing and distribution deal.

In January, Universal Music Group (UMG) announced plans to expand operations in Nigeria, Ghana, and Kenya in 2021. The move is strategically aimed at streaming revenue, which is rising due to the large music and tech adoption by young Nigerians. Regional CEO, Sipho Dlamini, revealed plans to sign more African musicians and build more recording infrastructure.

Reports suggest that with the foundational financial and digital infrastructure to support the creative industries increasingly being put in place, now is the right time for investors to double down on Africa’s music industry. However, institutional investors have not been keen on putting their money into the music-making and creative-sharing business. In 2019, only 1.1% or $22M of total African start-up investment went to entertainment companies.

Previously, we mentioned Mr Eazi’s Africa Music Fund and his plan to create a new funding model for Africa’s music business. He explained that the business is generally misunderstood by investors and financial institutions. The result is a gap in funding for musicians.

What is the Nigerian government doing about this gap?

In January, the federal government reiterated their commitment to “the process of shifting Nigeria’s economy away from single income source-oil earnings towards multiple sources of earnings from a growing range of sectors and markets”. The Minister of State, Budget, and National Planning stated that the creative and entertainment sector has become one of the focuses due to global recognition and funds entertainment has brought to the nation.

The Minister of Information and Culture, Alhaji Lai Mohammed, restated the plan initiated by the Central Bank of Nigeria (CBN) in collaboration with the Banker’s Committee to grant an N500m access loan with a nine percent interest rate to support the entertainment industry. He explained that the Creative Industry Financing Initiative (CIFI) was introduced to improve access to long-term, low-cost financing for entrepreneurs and investors in the Nigerian creative and information technology (IT) sub-sector.

In January 2020, Lai Mohammed had spoken about the potential of the creative industry to create one million jobs in Nigeria and grow GDP by 2 to 5%. The African Union estimates that the pandemic could cost Africa over 20 million jobs. Perhaps, investments in non-traditional sectors are needed more than ever.

Two weeks ago, The Nation had interesting news for us. The Lagos State Government had inaugurated the Committee on Film Production Empowerment to fund youth creativity and entertainment activities. Governor Babajide Sanwo-Olu said the initiative would address the disruption caused by the spread of Coronavirus (COVID-19) that impacted negatively on entertainment and tourism in the State. The committee comprises veteran actor, Richard Mofe-Damijo; cinematographer, Tunde Kelani; film and television producer, Mo Abudu, movie director, Kunle Afoloyan and founder of AMAA (Africa Movie Academy Awards), Peace Anyim-Osigwe.

Applicants are to be supported with funding based on the financial plans of their projects. The grant may be as much as N40 million for each beneficiary. According to the Governor, the scheme will support creative ideas of movie and entertainment producers who are constrained by funds to bring their concepts into reality.

Now, “movie and entertainment producers” seem to constrain the scope of this fund to film and TV producers. Also, the committee does not seem to comprise any musicians or music executives. What provision has been made for Lagos’s burgeoning music industry? The world is massively investing in Nigerian music; will the government be left behind?