MTN’s ‘Wear It For Me’ campaign: The strategic use of cultural norms and emotive marketing 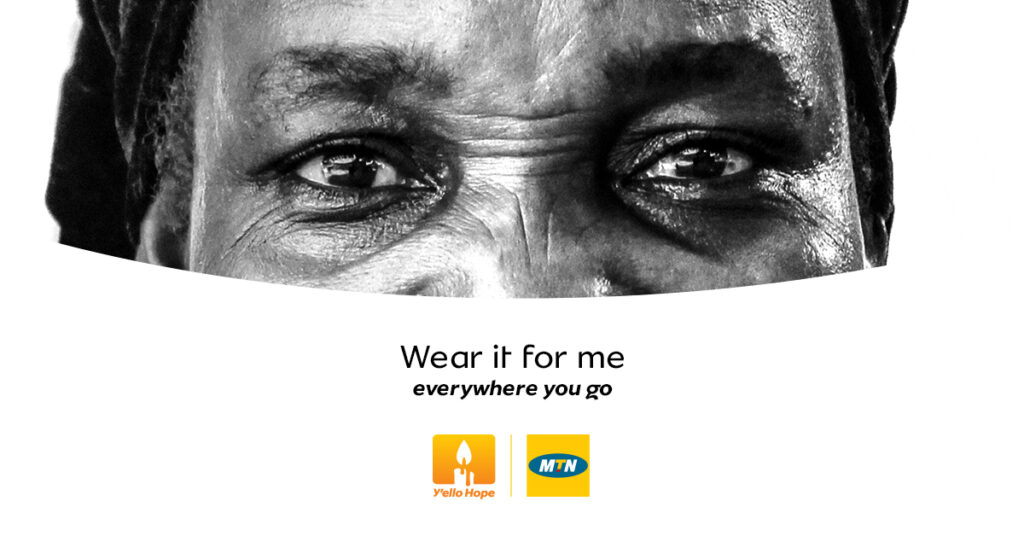 The year 2020 can be defined as unpredictable, and with good reason. Plans were cancelled. Parties were outlawed. Streets were virtually deserted. The pandemic changed the way individuals interacted with one another and how businesses positioned themselves in the face of social issues. We witnessed large, global firms take the lead in massive movements and make clear, defining political statements.

The epidemic, in particular, highlighted the need for brands to engage in corporate social responsibility. COVID-19 impacted people’s livelihoods, brand revenues, and corporate practices. Organizations that managed to brave the stifling economic tide, were expected to step up and in some way or another to help alleviate community issues. People quickly realised that in a COVID-19 world, companies have an opportunity to wield a bigger, more positive influence.

Brands had to make considerable changes in everything from messaging to product pricing. Many of them adjusted their message to include words and visuals that attempt to connect with their target audience, with an emphasis on emotional marketing. In many ways, brands tried to say “we see you, we feel you, and we are with you”. Outside of that, several businesses went above and beyond to support frontline employees and vulnerable people in the community while exhibiting acts of kindness, and talking about their experiences as a company. For many companies, the pandemic offered an opportunity to stand back and rethink their strategies.

“The CEO is of no more importance than somebody cleaning the floors or that takes a bucket and mops the floors. I think that this is a time as a reset where we really have to reevaluate how we treat workers, how people are paid, how can we get them into a role where they receive an equity as part of their compensation. So that they’re not having to live paycheck to paycheck, they have something that appreciates. All these things I think are important as we go through this reset in business.”

MTN, Nigeria’s telecommunications network, was one of the primary brands that exemplified this idea. Their ‘Wear it for Me’ campaign went beyond ads, promoting the business to creating positive impact on the community.

MTN’s ‘Wear it for me’ campaign

MTN Nigeria, a telecommunications service provider, ran a comprehensive media advertising campaign called, ‘Wear it for me’ in September 2020 as part of its corporate social responsibility initiatives, encouraging people to wear facemasks as a result of the COVID-19 pandemic.

The campaign served as a brainchild of the brand’s Y’ello Hope Initiative. MTN Nigeria embarked on interventions targeted at the government, health agencies, and vulnerable Nigerians. The brand launched a social awareness campaign, #WearItForMe, in the second phase of the Y’ello Hope Initiative, urging citizens to wear facemasks wherever they go. This effort was not restricted to Nigeria; it was also carried out in Uganda, Rwanda, and other African countries. MTN put all other marketing efforts on hold in order to commit to and execute the campaign.

“We are going to suspend commercial advertising for the next four weeks, dedicating our communication channels to the dissemination of Covid-19 related information as well as awareness on mask-wearing through the Wear It for Me campaign,” said Mitwa Kaemba Ngambi, MTN Rwanda CEO.

For the month of September, MTN dedicated its whole media assets, not just in Nigeria, but throughout all of its operating markets in Africa and the Middle East, to ensuring that this effort achieved the desired results.

“Gehn Gehn I’d tell mummy for you!” This is a short explanation of MTN’s campaign concept. The company was able to recognize that respect for elders, and reverence for mothers specifically are important aspects of African culture. Everyone could understand being threatened with being ‘reported’ and the worry of getting into trouble with their mothers. These societal constructs were utilized by the brand to advocate for and create awareness about the importance of mask-wearing in the fight against COVID-19.

“We decided to use the world’s best influencers – mothers.”

The telecommunications brand aimed to encourage Nigerians to use face masks in an active and responsible manner, as well as position itself as a brand that was always ready and eager to use its brand, resources, and technology to make a difference for Nigerians.

In an interview with Forbes Africa Mupita, the CEO (2020) stated thus:

“With the increasing evidence indicating that masks can prevent the spread of COVID-19, and eventually eliminate the disease if worn by 80 – 90% of the population, we need to do whatever we can to make a meaningful difference and flatten the curve. Wearing a mask is not only about protecting oneself, but about respecting and protecting others within our communities.”

The brand makes use of existing MTN Ambassadors as well as well-known influencers. In a heartwarming twist, MTN persuaded these influencers to include their parents in the campaign as well, in keeping with the campaign theme. The inclusion of parents also assisted the brand in reaching out to the elderly demographic.

Young, well-known personalities like Tobi Bakre, Praise, and Emmanuella featured prominently in the campaign. Above all, MTN made use of you! They enlisted the help of ordinary Nigerians by producing downloadable and easily spreadable mask filters on social media.

MTN used web, print, and conventional mediums to reach out to its audience. It aired a commercial on television stations. The commercial featured youngsters and teenagers who were bold, wild, and fearless… until they were threatened with their mother’s wrath for their perceived misbehavior. The advertisement acknowledged that no one wanted to disappoint their mothers which is why we should wear masks “for them”. On YouTube, the video received more than 1.7 million views.

MTN also made extensive use of social media, encouraging consumers to try out their mask filters, share them with friends and family, and use them as their featured photo. The hashtag #wearitforme littered Twitter during  the campaign.

MTN’s genius and the master plan?

MTN hoped to achieve and witness greater mask-wearing and a change in behaviour, as well as a reduction in the number of people who didn’t believe COVID-19 existed. As a result, it was more of a behavioural change campaign to educate people about COVID-19 and the realities of the situation. To do this, the brand employed emotional marketing tactics. The message touched viewers’ emotions and was something that many Nigerians could connect to. One of Nigeria’s leading PR companies, Black House Media (BHM), spearheaded this campaign on the Nigerian frontier.

Asides a poignant media campaign, MTN also prepared a series of heartwarming messages that were shared as text messages to  MTN subscribers and used to spark conversations on social media. MTN customized face masks with people’s names on them and had them delivered to them as a surprise gift which top celebrities and influential Nigerians received.

The ‘Wear It For Me’ campaign message was delivered as though it was directed to youths, which it was. MTN recognized that youths were the ones slacking when it came to wearing masks. This was owing to statistics indicating that they were the least likely to be adversely affected by COVID-19. The danger was that they could spread the infection to those who were most vulnerable, such as the elderly.

Hence, wear it for me. ‘Me’ being your elderly mother.

Wearing a mask necessitates concern for not only yourself, but also for others. MTN’s message is simple: put on the mask for the ones you care about. And that, in a nutshell, is the campaign’s brilliance.