Stories are more important for reaching consumers than mediums or platforms 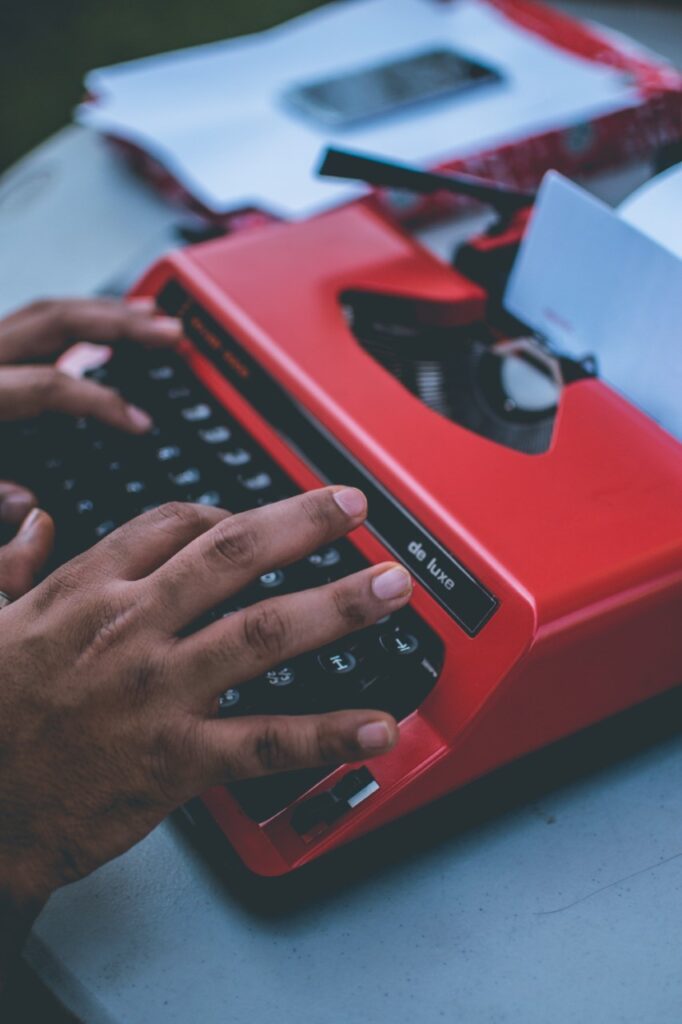 How does any organisation get an audience to perform an action, adopt a mantra, or adopt a point of view? They tell a story. Our ability to encounter a narrative and adopt it as our own is one of the cardinal traits that organisations act on when they convince us to adopt ideas, products, and services. Psychologist Thomas Suddendorf describes this ability as ‘scenario building’.

It has been long recognised that our collective need for scenario building must be fed through storytelling. A study by Stanford professor and author of Made to Stick, Chip Heath found that 63% can remember stories, but only 5% of people sampled remember a single statistic.

The quality of an organisation’s storytelling determines whether it can galvanize an audience to action. An average story might gain an audience’s attention. A good story convinces an audience to see merit in our argument. An excellent story converts the listener to an evangelist, propagating the story on behalf of the organisation, defending the merits of the story to dissenters, and improving on the story each time it is retold. But to successfully tell a story, you must find the best medium by which to disseminate your subject matter to a mass audience. It is on this issue that universal assent on the merits of storytelling fractures.

Chinua Achebe offers an excellent treatise on the pre-industrial consensus on mediums for information dissemination in his book Things Fall Apart. He writes, “A man who calls his kinsmen to a feast does not do so to save them from starving. They all have food in their homes. When we gather in the moonlight village ground it is not because of the moon. Every man can see it from his own compound. We come together because it is good for kinsmen to do so.”

When social groups were small and governed by the need for survival, communal gatherings sufficed for information. Religion and culture ensured that stories were propagated, and incentives existed to not deviate from the story and the actions it was designed to inspire. But the industrial revolution accelerated a shift that had begun with the Gutenberg Press in the 15th Century. The significant improvements in housing, healthcare and transportation led to mass migration and population growth that made communal gatherings in its most traditional sense impossible. Work and consumer culture rather than ethnicity, religion and cultural affiliations became the primary reason people gathered and engaged each other in large groups. Eager to maintain this workforce or carve out a lion share of the consumer market, organizations began to seek other ways to reach audiences and connect them to each other through storytelling.

Without the traditional bonds that ensured stories continued to be propagated from parent to child and within families, organisations were incentivized to develop media that could create individual connections with each person, but tell the same story. Mediums like newsprint, radio, theatre, television, and now the internet were invented as increasingly complex solutions to reach wider audiences to solve the fundamental problem of passing a story across to multiple audiences while preserving its narrative integrity.

Brukeme Dickson, senior manager, consulting at RED For Africa has developed a theory, honed from half a decade of handling communication and activation projects for a diverse roster, about how organisations must engage audiences in today’s world. She believes that zeitgeists are one way of defining the intricate links between the development of a new form of mass media and the shift in ideologies and storytelling dictated by the organisation who monopolized the new form of mass media. We are now at a point where mass media is saturated and there are so many monopolies all pushing conflicting narratives to an overwhelmed audience that organisations can no longer depend solely on mediums to channel their storytelling. She believes we must return to the idea that Achebe postulated in Things Fall Apart.

“Rather than sharing multiple narratives across multiple media platforms, they (brands) must unify their message and adapt it to each new platform, ensuring that it doesn’t matter where their message is encountered, the experience remains universal.”

Bank PHB was for some the first Nigerian bank to really cotton on to the idea that storytelling can distinguish a brand and unify its audience. The Bank’s ads in the mid-2000s sold a futuristic vision of Nigeria that aligned with the hope Nigerians felt just 6 years after finally exiting a crushing military dictatorship. While its ads were stellar and some of its banking was progressive, it was apparent from the bank’s practices that it was not committed to making any of the storytelling dreams it sold to its customers come true.

Since then, other organisations including a number of Nigeria’s first generation banks have successful built storytelling brands based on this blueprint. They all have active associated media brands who create immersive content that mirrors the lives, challenges and financial choices of Nigeria’s millennial and Gen-Z positions and creates goodwill for the banks. Recently they have begun to take this gospel offline through branded events that draw in hundreds of thousands of guests each year, each guest engaging with branded products and abundant, but non-intrusive, interactions with the bank’s services.

By ditching traditional advertising for immersive online and offline experiences, millions of people voluntarily engage with the products and services of these banks, promote their brands through word of mouth testimonials, and convert skeptical users to raving fans.

Media companies have been the true pioneers of the idea of immersive storytelling as a marketing tool. As a pioneer helping governments adapt their political manifestos for virtual audiences across West Africa, Adebola Williams, CEO of RED For Africa suggests that a powerful story must be “persuasive while being non-intrusive”. Working as a communications consultant for three successive presidential campaigns, Williams has guided campaign teams through the tricky but rewarding process of harnessing products and services that young people already voluntarily engage and repurposing them to deliver compelling messages about prospective government reforms. Their understanding of the media, advertising, content creation, distribution, data and analytics industries allow them to create layered audience-focused offerings that deliver sustainable results.

How brands can recalibrate to maximize storytelling

A recurring problem with brands and organisations who seek to stand out in a saturated market is that they enter the market because they either create or monopolize a mass media tool, rather than building a brand story that is worthy of amplification. The social media app industry is a prime example of organisations who enter an industry and gain influence because of their savvy with a mass media tool. For as long as that tool has a monopoly, those brands thrive, but once that monopoly is lost, those brands wane. This has been the story of social media apps like Path, MySpace, Hi-5, all of whom gained audiences because of novelty but could not sustain those audiences when competition came.

In contrast, Twitter has weathered copycat apps, hostile takeovers and many successive news media pronouncements of decline, because the brand’s technological innovations work to improve its core brand story, which is virtually connecting people across the world with similar worldviews.

A clearly defined brand story is easy to interpret, no matter the medium. When brands and organisations struggle to communicate their brand identity or message across platforms, it is because there is not enough clarity on what the brand ethos and mission is in the first place. A clearly defined brand ethos will help decide which mass media channels will dilute its message and offer a poor user experience, help dictate when and how brands can piggyback off popular events to increase their reach and help align their messaging with collaborators who share similar views.

“A brand’s story typically determines the motivation for the business, especially customers’ sentiments, perception, and how they choose to engage with the organisation,” said Amaechi Okobi, Access Bank’s head of corporate communications.

“Brands have to pay closer attention to the audiences they target, identify the niche media through which they can be reached, and understand the likely impact of the message passed. A good story is like finely arranged dominoes – one wrong placement can undo all the hard work.”

Very little has fundamentally changed about human beings, in spite of our technological innovations and our fancy gadgets. We remain creatures of habit, driven by our emotions and seeking out ‘building scenarios’. Smart organisations let that, not the rapid pace of technological advancement, guide their consumer acquisition campaigns. We return to familiar paths.

This seems counterintuitive considering we are in a world where reaching millions of people has never been cheaper or easier. But every organisation eventually realises that their message will not resonate with everyone and even if it was possible, it is impossible to serve everyone when you reach them. By limiting the target audience and reworking delivery to appeal to that core audience, organisations double down on their storytelling narrative, invest more aggressively in the mediums that best resonate with those audiences and pivot quickly when they sense resistance or miscommunication.

According to the book ‘How To Win Elections In Africa’, maintaining a laser focus on young people across the continent enables political campaigns to identify critical commonalities, craft messages that speak to audiences that share the same ideals but different borders, and get them to take action.

“Young people with the capacity to build movements, capture the attention of the masses and direct mainstream action should be given the resources to create the kind of large scale political change that truly changes the establishments.

“The youth have actual capacity to, like Nigeria and Ghana, change election outcomes… it is possible to create country-to-country youth-led national movements that are actively involved in the processes of political and social engineering that handicap corrupt governments and tip the balance of power to the hands of citizens, who will now learn to develop that power in ways that remake their nations and ignite their capacity to transform themselves.”

Crafting the best and most effective story is way beyond what platforms are employed to disseminate it. The best storytelling – one that keeps audiences glued and coming back — are ones that de-emphasize the primacy of tools, effectively differentiates a brand, and micro-targets the intended audience. Striking the right balance among these key factors is a sure way to reach the right customers and keep them locked-in far into the future of a business.