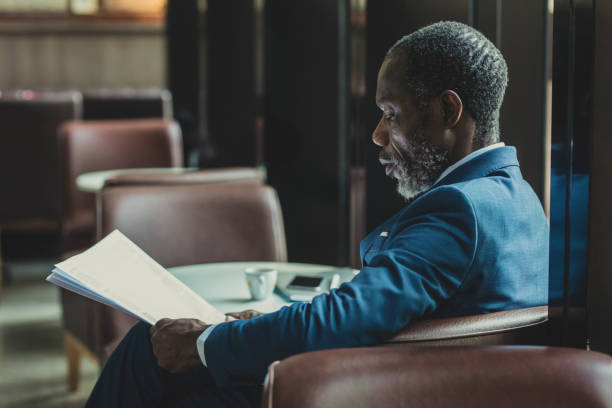 The print news business is experiencing a decline in patronage, thanks in no small part to the advent of social media and news blogs. As a matter of fact, quite a number of newspapers have moved most of their services online and have ditched the old groundwood paper.

However, there is still an ever-present demand for newspapers – especially among Nigeria’s older audience segment who prefer to get their news the familiar way. Today, we look at some of the top print media houses in Nigeria that are thriving in this digital age.

Vanguard is one of the most popular and ubiquitous newspapers in Nigeria. The platform publishes daily and is based in the commercial city of Lagos. The media powerhouse was established in 1983 by veteran journalist Sam Amuka-Pemu with three friends. The paper was among the first print media houses to quickly launch an online edition and was widely visited by Nigerians.  The newspaper is one of the few in Nigeria that is considered independent of political control.

In June 1990, the paper was briefly suspended by Col. Raji Rasaki, the military governor of Lagos state.

The Punch Newspaper is also one of Nigeria’s oldest and indigenous newspapers. It was founded in 1976 by two friends, James Aboderin, an accountant, and Sam Amuka, a columnist and editor at the Daily Times of Nigeria.  Amuka became the first editor of the Sunday Punch. In November 1976, a few years after the first print of its Sunday edition, the duo started printing their trademark daily newspaper. Both editions were designed to favour a friendlier apolitical approach to news reporting, combining footage of social events with everyday political news. The paper sustains itself by delving into broad issues that interest myriad people. The media house is situated on the Lagos/Ibadan Expressway and prints about 85,000 newspapers a day.

The first paper from The Guardian was published in 1983 and started off as a weekly publication on Sundays. It has, however, grown to be one of the best daily newspapers in Nigeria and is regarded by some as “Nigeria’s most respected newspaper”. The print media house is based in the Toyota area of Lagos on the Apapa expressway and was founded in 1983 by Alex Ibru and Stanley Macebuh. With the slogan ”Conscience, nurtured by truth”, Guardian Newspaper is now one of the most read and sought after newspapers in Nigeria. The paper has a strong online presence although its newspaper circulation has dwindled over the years.

The media house has over 42 offices scattered across 36 states and publishes a whopping 140,000 copies every day. Sun newspaper started as a weekly tabloid in 2003 then it became a daily publication. The Soccer star and which is one of the most-read sports newspapers joined the sun in 2005. The paper is based in Ikeja and uses the same format as its parent company, the Sun in the UK. The paper has daily publications and a weekly magazine.

The Nation has become one of Nigeria’s favorite online newspapers, with its head office in Abuja, the newspaper claims to stand for Freedom, Justice, and the Market Economy. According to a 2009 survey, it was the second-most-read newspaper in Nigeria, and this result was repeated in a 2011 report by The Advertisers’ Association of Nigeria (ADVANS). The newspaper covers business and economy, public policies, the democratic process and institutions of democracy, sports, arts, and culture. The newspaper became the first of its kind to gain nationwide circulation across the 36 states of Nigeria within two years of operation.

This was a result of its popular eight-page pull-out Thursday publication titled Campus life, a medium specially dedicated to student journalists and writers across the tertiary institutions in Nigeria. This made the paper popular among young people eager to share their views on policies.