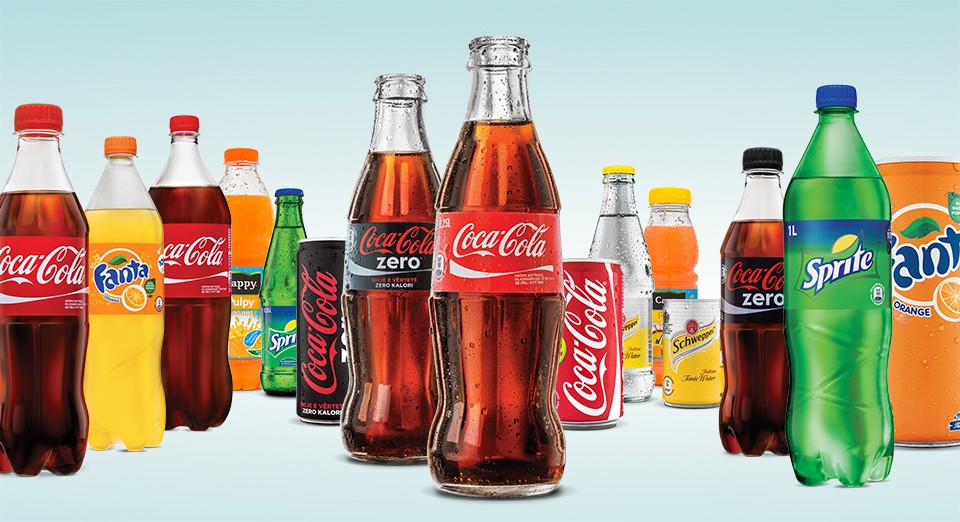 Ziad Maalouf, the CEO/Managing Director at Seven-Up Bottling Company., will forever be written into soft drink marketing folklore in Nigeria. The story sounds like an episode out of HBO’s drama series ‘Succession’ or ‘Game of Thrones’, but here it goes: burdened by the company’s challenges from dwindling sales to new market entrants, Ziad needed a solution, and he needed it fast.

On 13 November 2019, he woke up and sent out an internal memo, copying 25 top brand executives of the soft drink manufacturing company. In the memo, he stated that he was ready to declare war against the company’s competitors and would not rest until the war was over and Seven-Up emerged victorious. Before the day was over, the secret memo leaked, and by evening, it was all over the internet. Below are excerpts:

“After our sales workshop day (Friday, 1 November) and finance workshop day (Saturday), I decided to test our system in terms of readiness to go for war. It is extremely obvious to me that we are not yet ready for war By Any Means. The outcome of this season must write the future and destiny of the 3 major competitors, along with the future of B-Brand industry (Bigger pack and lower price concept) disruptions in Nigeria.

And so it begins.

Nigeria is widely viewed as one of the world’s most attractive consumer markets in the multi-billion dollar soft drinks sector, with leading international beverage brands and traditional non-alcoholic drinks vying aggressively for attention. Even though there was a growth decline in 2016 and 2017, the industry responded with a 9% growth in 2018. That year, Coca-Cola occupied the leading position in the segment due to its spread of production plants and a focus on driving one-on-one relationships with retailers.

Even with rising health consciousness, carbonates are still mainstream among Nigerians, particularly the youth segment. Millions of Nigerians still expend somewhere in the range of 2 and 4 bottles every day, even though aware of the ramifications. Current estimates reflect that there are over 35 millions daily drinkers of carbonated soft drinks in Nigeria, representing about 19.2% of the country population. Currently, the Nigerian carbonated drink market is worth $4.8 billion per year in average consumption pattern.

For more than 25 years, Coca Cola, Fanta, Sprite manufactured by Coca Cola Nigeria Limited, CCNL; Pepsi, Seven-Up, and Mirinda produced by Seven-Up Bottling Company, SBC Plc, dominated the market. It could almost be described as a two-way competition, marching each other in strengths and weaknesses: Coke vs Pepsi; Seven-Up vs Sprite; Fanta vs Mirinda. That was the status quo until 2001 when La Casera, a significant but revolutionary entry to the nearly monopolistic carbonated soft drink market in Nigeria, was introduced.

With its unique packaging that promoted quenching one’s thirst on-the-go, La Casera quickly became popular. But over the last five years, new entrants such as Big Cola (created by AJeast Nigeria Limited, a backup of AJE Group, a Peruvian soda maker) and ‘Bigi’ Cola (by Rite Foods Limited), entered the market to challenge the existing leaders and deplete their market shares. Today, there are over 20 carbonated drink brands in the market.

The strength of the Nigerian market

Nigeria ranked high in ‘soft drinks’ sales volumes worldwide, behind countries such as the USA, China, and Mexico – with 38.68 million litres sold in 2016. Notably, the U.S. soft drinks market’s growth is losing steam owing mainly to consumers preferring healthier options, with projections estimating growth from $186.4 billion in 2015 to just over $207 billion in 2020, at a CAGR of only 2.13%. By 2019, Nigeria ranked 7th in per capita consumption of carbonated soft drinks among the ten most populated countries globally.

Nigeria is also a strong market for alcohol-free malt beverages and ‘social’ soft drinks with its sizeable Muslim population. During the past decade, the alcoholic beverages sector has experienced strong sales growth as upwardly mobile Nigerian consumers migrate from traditional drinks to mainstream and premium brands. However, despite its attractive demographics, the market is confronted with numerous difficulties: an economic downturn has resulted in foreign currency restrictions, the depreciation of the local currency, inflationary pressures and rising interest rates. Also, there are security concerns, notably in the northern and North-eastern regions and the oil-producing Niger Delta.

There are general problems such as the inadequate transport network, which drives up distribution costs, the unreliable power supply and bureaucratic inefficiencies and corruption. Rising health concerns regarding the sugar content of soft drinks still bring some challenges to its growth. Therefore, the launch of new products with low or zero sugar and calories are expected to create ample opportunities.

Over recent years, the global beverage industry has seen a growing number of mergers, acquisitions, and product launches so that the leading beverage companies can maintain their competitive advantage over other players. For example, in January 2019, The Coca-Cola Company acquired Chi Ltd., a leading juice and dairy drinks company. In August 2019, Diageo announced the acquisition of Seedlip, the world’s first distilled non-alcoholic spirits.

Coca-Cola was introduced to the Nigerian market in 1953 and can boast of successful brands such as Coke, Fanta, Sprite, Schweppes, Monster Energy, and Predator Energy. Other Coca-Cola brands like Limca, Gold-spot, Parle-Soda, and Krest successfully penetrated the market in the ’90s before they were phased out.

The company was closely followed by Seven-Up in 1960 and has grown to become one of the largest bottling companies in the country after its takeover by PepsiCo in 1990. With successful soft drink products such as Pepsi, Mirinda, Mountain Dew, Teem, H2Oh, and Lipton Ice Tea, it is a significant competitor to Coca-Cola products and the go-to alternative to Coke products.

Nigerian Breweries entered into the soft drink market in the mid-70s with Maltina. They increased their brand line-ups with Amstel Malta, Fayrouz, Climax Energy Drink, and recently acquired three more malt drink brands (Malta Gold, Hi-Malt, and Maltex). A little explanation here: There is no debate about whether malt drinks are carbonated drinks, even though consumers consider them a category on their own. They may be differentiated by flavour when comparing brands, but they are ‘soft drinks’ in their own right.

These major brands dominated the Nigerian carbonated soft drink market, dispensing in reusable glass bottles with constant challenges from brands like Crus, Tandi Guarana, Dr Pepper, Afri Cola, Ginger Ale, among others; popping up in the ‘80s even when the malt market was steadily growing equity. These smaller brands will soon disappear or were acquired by the prominent manufacturers, letting them maintain the market shared monopoly until 2001 when La Casera stormed the market with plastic packaging (PET Bottles), making it easy for consumers to have their ‘minerals’ on the go.

A rookie delivers a heavy jab to the status quo

Traditionally, Coca-Cola and Seven-Up were market leaders already comfortable in their shared monopoly, but due to aggressive marketing and pricing, consumers were not really spoilt for choice. The competition had been mainly between these two leading brands, as La Casera already began to lose its market share in 2015 due to the financial fortunes of the producing company. There was also the unconfirmed rumour that the drink (La Casera) was allegedly dangerous to health because the brand had a content that could be used for cleansing of bolts and nuts by roadside auto-mechanics. There were hardly any brand campaigns to discredit these unpalatable stories.

In 2015, Rite Food Nigeria’s ‘Bigi’ stepped into the challenge. Before its emergence, the soft drink market was just adjusting to the market leaders’ new price structure. Coca-Cola had increased its prices and sold 60cl for N150 while introducing the 35cl, which was sold for N100. Pepsi had also introduced its long throat bottle, which was sold for N100 or N150 by different retailers. But realising that sausages will always be consumed with beverages, Rite Food identified the high demand for beverages and began constructing a factory at Ososa, Ijebu Ode, in 2013 and completed it in 2015.

To the displeasure of executives like Ziad Maalouf, Bigi soft drink brands were quickly embraced by consumers, especially in South-west Nigeria. But finding success in the soft drink market was not easy, especially noting that Coca-Cola and Seven-Up already dominated it. At this point, Nigerians were also used to drinking either Pepsi or Coca-Cola, Mirinda or Fanta, and choosing between Sprite or Seven-Up.

Rite Food needed a unique selling point strategic enough to surprise and take advantage of established competitors. Quite clearly, Rite Food also knew the bigger brands would have to respond powerfully and effectively.