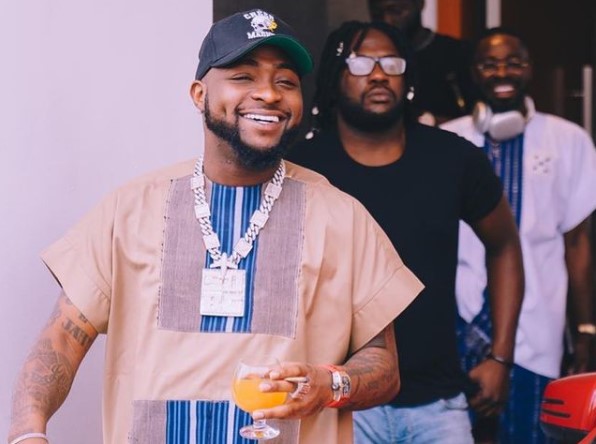 Waking up to the news that Nigerian Musician, David Adeleke popularly known as Davido has raised over N140 million in 24 hours after making a post calling on colleagues to send him money to celebrate him as his birthday approaches may be shocking to some, but not the informed. For those who have been paying attention to how celebrity culture has been evolving in the past handful of years, it was a matter of when (how quickly) and ultimately how much the fundraiser will amount to.

Davido, who is celebrating his 29th birthday in a few days, had taken to Twitter to share his account details and challenged friends and fans to send him N 1million, jovially citing the need to clear his Rolls Royce from the port and setting the fundraiser goal at N100 million. Seconds into the announcement, the music superstar began posting a count up that inched closer to N200 million as the minutes tick.

The bank his account is domiciled with, WEMA Bank, gone from Twitter since the Federal Government instituted ban on the app in June 2021, was forced out of its hiatus to acknowledge the influx of mentions the challenge has accrued their brand in so short a time.

1.       Perhaps the fastest online fundraiser of this magnitude by an individual Nigerian, seen in real-time.

2.       A  bank’s comeback on the Twitter scene that is largely spared the ire of young Nigerians who look with favour on the brands that seemed to them to have stood by them in defiance of the Federal Government ban.

A drop in a teacup

Something Davido cited and his fans echoed as the justification for the fundraiser is, “We rise by lifting others,” a quote whose origin – American lawyer Robert Green Ingersoll, who was nicknamed “The Great Agnostic,” – may be the most unironic thing about the whole stunt. The whole affair feeling as it does; like something one can’t believe unless they have seen it happen.

The singer’s estimated net worth stands between 25million and 40million USD and with endorsement deals from a wide range of brands, from liquor to telecommunications and snack brands, it is only growing. By contrast, if (or rather ‘when’) his fundraiser hits its new estimated target of N200 million, fans and friends would have raised close to $500,000 for him. A fraction of his net worth that is worth a critical appraisal because of the phenomenon behind it – a phenomenon captured albeit not in its more academic form by bewildered observers across social media musing that ‘the rich get richer while the poor get poorer.’

Around the same time last year, after Big Brother Naija contestant Erica Nlewedim was disqualified from the show mere weeks before it concluded, the same phenomenon saw fans raise over $14, 000 for her in protest against the win they felt she was cheated out of.

It was a boon she may not have needed – all things considered. Mere weeks after coming out of the BBNaija house, she had endorsement deals lined up for her, along with a stream of acting calls. But that piece of logic stands no chance against The Matthew Effect – the phenomenon that got her the boon and will likely get Davido over $500,000 dollars.

Both monies are a drop in a teacup relative to the stars’ net worth, but it is the thought leading to the phenomenon which makes it possible that ultimately counts.

The Matthew effect of accumulated advantage, or Matthew effect for short, is sometimes summarized by the adage “the rich get richer and the poor get poorer,” but it doesn’t only apply to money.

The Matthew effect is the phenomenon whereby individuals have a higher probability to accrue a total reward (eg. popularity, friends, wealth) in proportion to their existing degree – another summary is access grants more access and on and on.

In Davido’s case, social currency founded in fame grants more riches even than is needed. But more than deliver a social experiment on how The Matthew Effect could unfold even in the country with the most people living in poverty, what this has proven is a widely understood fact among experts that social capital more than mere fame is the king of the game going forward.

It may not always rub off

For WEMA Bank, whose response in a first-tweet since the Nigerian Government’s ban on Twitter seem to suggest that this could be a PR shtick, the PR mileage is accruing and hopefully doing what it’s meant to do.

The commercial bank, with its latest digital banking product Alat by WEMA in competition with a long list of great financial technology offerings from a variety of other brands offering similar service, can use the publicity.

This is evident in the brand’s series of responses to Davido’s stunt. WEMA had tweeted as the challenge kept picking up momentum, “Na bank wey Davido dey use we go dey use now.” The brand will later respond with, E Choke!!!, in a quoted response to Davido’s tweet about the bank calling for a meeting.

Some fans, notwithstanding, raised concern that suggests that not everyone is sold on the publicity strategy. Specifically regarding what someone narrowed down to WEMA’s failure to show solidarity with young Nigerians who are the most affected by Nigeria’s Twitter Ban by failing to defy the federal government directive to stop using the microblogging site.

It is unlikely that the bank will respond to that with the response to what many have taken to calling #The100MillionChallenge being largely in favour of the brand, it may in fact be foolhardy to respond to something that isn’t yet a crisis. Yet this is evidence that social currency may not always rub off, but it goes a great deal to cover brands with enough of a star’s good will with their fans to escape deep scrutiny.

Whatever the outcome, WEMA Bank has successfully returned to the consciousness of Nigerians thanks to Davido’s stunt, and the brand is milking one of the biggest social experiments since #BBNaija. Whatever else comes of this hereafter will simply be a residual windfall to both the star and brand.