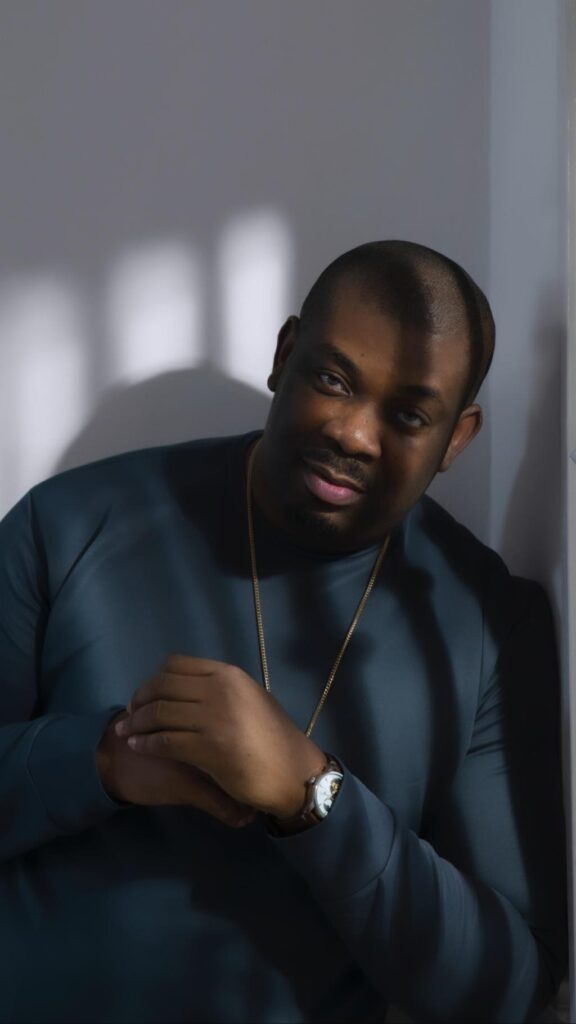 Here is how you sell sand to a desert dweller: get yourself a Don Jazzy.

Better yet, distill the power that he has – the power of social capital, and you can sell anything to anyone with a smile and a pat of satisfaction on the back.

Social capital is not something one associates with an individual – at least not lightly, considering that it is widely viewed as involving networks of relationships among people who live and work in a particular society, enabling that society to function effectively.

Yet, sometimes, a single person can wield so much social capital they can pull in a crowd with the tap of a button, their mere presence, or in Don Jazzy’s case, everything they do. We call these people celebrities, yet if you know anything about what celebrity entails this feels reductive. And there is a reason why.

Here is what everyone with even the slightest idea of how the business of celebrity works knows: you can’t predict its trajectory. A promising act only holds promise and no guarantees of fulfilling said promise. An established act can dip beneath the fame threshold of a social media saturated world and vanish so fast their disappearance becomes the only topic about them that remains in media circles for years to come.

In the world of fast fame cycles, where one can be a celebrity today and a has-been in less than a handful of years, the stars that endure are the exception to the rule: which is that there is no rule but dynamism. Something every enduring star understands. Yet how one moves also matters. Celebrity isn’t just about visibility, it is about how that visibility translates to social capital and the influence that allows one to exert on popular culture. And if you are Don Jazzy, you have a lot of that with plenty to spare for nurturing other stars.

The art of building social capital

Building social capital, like making soup, is never a one-ingredient adventure. It is perhaps why the Don Jazzy we have today took years to take form and solidify into the brand he is. A brand so well-loved he can be an ambassador to a liquor brand and a milk brand with no raised eyebrows.

To get a fuller picture of the process and get an understanding of the first and all-important ingredient you have to go back to the year 2004 and the birth of Mo’Hits records. Other than the timeless songs that that record label birthed into the world – many of them a product of Don Jazzy and D’Banj’s collaboration – the one other thing that remains etched in our collective memories is the relationship between  Don Jazzy and D’Banj. The first ingredient in amassing social capital is interpersonal relationships.

There is something universally appealing about two or more people coming together in a friendship or even mere cooperation. It triggers the most human part of our being – the social nature in us. Nigerians loved Mo’Hits and the persons that made it possible for more than just the fantastic music it made possible, we loved it because it represented a friendship, one that millions of us felt invested in. It is why we were heartbroken when D’Banj ventured into his own thing. Because however amicable a separation, the social beings in us will rather a relationship remains.

The buck that is that interpersonal relationship didn’t stop with D’Banj or the many signees that eventually became part of what we all came to call the Mo’Hits family, Don Jazzy made a point of making his online presence an avenue for interaction with fans. And he didn’t do just any kind of interaction, he elevated it with giveaways in a way few people do.

The second ingredient needed to build social capital is a shared sense of identity, which is easy to get right if you are able to stay responsible for the evolution of a culture’s music for over a decade.

It is impossible to distrust someone who was responsible for Fall In Love being the backdrop of all your good memories from the late 2000s. Harder still when the same person is responsible for adding colour to your life with hit after hit over a decade later. Your very identities are shared even if you’ve never personally met them.

The final ingredient needed is reciprocity. The same way he comes through for fans and friends, Don Jazzy expects fans to also come through for him, and time and again they do because this relationship is a two-way street.

Whether it is to open an account with VBank, attend the EP launch of Magixx, or fall madly in love with any new artist he introduces – be that Rema or Ayra Starr, people will always rally for the Don because they feel a sense of reciprocity from him.

If you’re there for others, others will more likely be there for you. And that is the binder that sets the spell.

It is the rare celebrity that manages to straddle starkly different industries as an ambassador with no issues. That is a feat only for the most beloved public figures – celebrities that wield the social capital of revolutionaries.

Our survey found that no less than 60% of Nigerians are motivated by their favourite influencers to make purchases –  this is referencing our survey on the purchase of phones. Yet by their definition, the influencers our respondents spoke of are celebrities only in the generic sense of it. Perhaps the next big thing for brands seeking to sell something will be to go for celebrities that wield the social capital of revolutionaries.

We are unlikely to know about FX trading firm Hantec Market if they didn’t have the presence of mind to sign Don Jazzy as brand ambassador. There is something to be said about that, but more importantly, something for brands and organisations to consider.