There is a genius about condom marketing campaigns in Nigeria 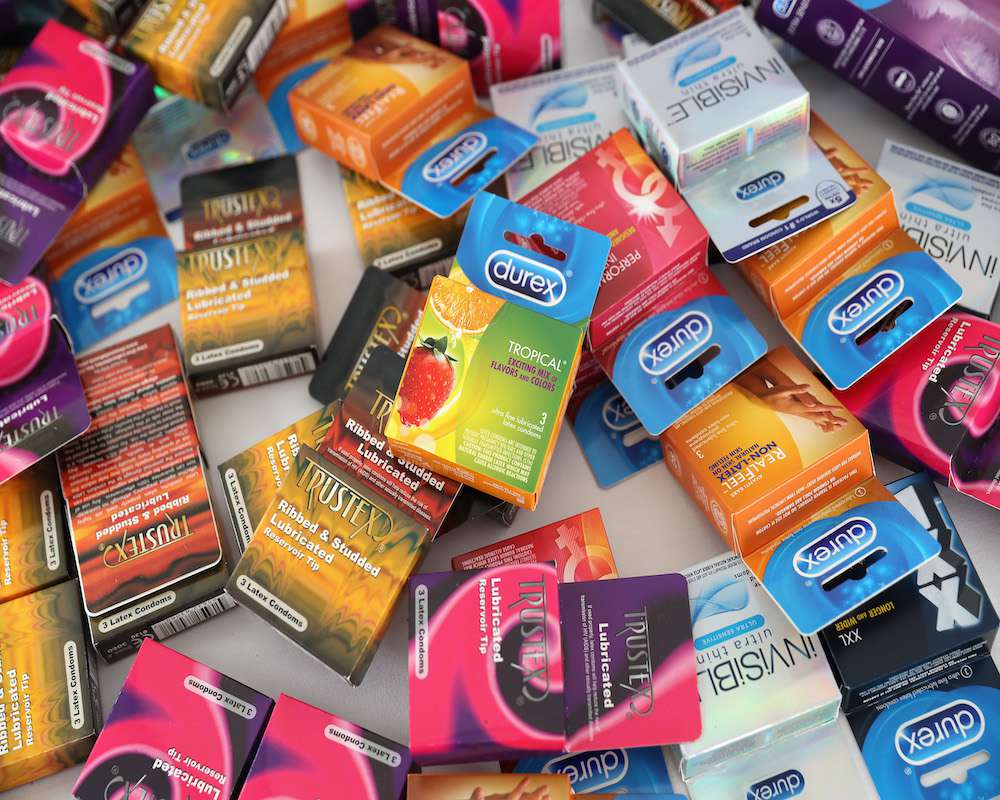 Yes, it’s possibly a cliche, but every creative film director, advertising company or Dick with a storyboard understands it. Advertisers massively use sexual imagery to attract sales of products as diverse as perfume and cheeseburgers. Have you seen the posters of many of those straight-to-DVD Nollywood films and the way designers strategically position the female actresses? You think you are way too rational and discerning not to look twice, but you tell yourself you have to confirm that it’s a good movie – “as a film critic should do”.

Even though it remains a taboo subject, brands such as Victoria’s Secret and GoDaddy.com continue to drive sales through advertising that might not even talk about the product but gain viewers’ attention. While using sexy ads might seem like a risky choice, studies show that it works. Researchers assessed 3,232 full-page ads published in 1983, 1993 and 2003 in Cosmopolitan, Redbook, Esquire, Playboy, Newsweek and Time magazines. They found sexual imagery in 20% of the ads overall use of sex to sell everything from alcohol to banking services, which has increased over the years.

“Are you informing us you’re about to have sex?”

There is a funny perception among older Nigerians that sexual promiscuity can be associated with the use of condoms, and that brings a sense of shame with buying it.  Even though brands overwhelm the audience with sexually suggestive photos, explicit lyrics, and raunchy dance moves on television, the average Nigerian has a socially-conservative upbringing, and is advised never to discuss or deliberate it openly.

For a patriarchal society like Nigeria, trying to buy a condom while desperately avoiding the middle-aged female cashier’s judgemental gaze is not a guy’s proudest moment. A lady asking the cashier where to get the condoms feels like a public announcement that will earn her long stares and dirty looks from other shoppers – forget that she could be wearing a wedding ring. Now, for a condom brand, crafting marketing campaigns that advocate safe sex without coming across as that preachy old lady who wouldn’t let people enjoy things? That’s genius.

In Nigeria, condom brands continue to evolve with compelling ad copies and marketing campaigns that are cheeky yet informative, sexual without being tacky. There is a lot to admire about the creative geniuses behind these campaigns, from the witty wordplay to the sheer skill in conveying important messages in punchy sentences.

Marketing in the contraceptive industry is evolving

Alongside the growing population of youth and heightened sexual awareness, there is a viable consumer market in Nigeria. The variety of condom brands in the country proves it. Famous names include Gold Circle, Durex, Flex, Kiss, Rough Rider, Fiesta, and Trojan. However, Gold Circle is one of Nigeria’s oldest brands, having been around since the ’80s, marketed by the Society For Family Health, Nigeria.

You may recall one of their oldest ads from the ’90s, where a pack of condoms slips off a man’s pocket in a crowded bus. The onlookers cheer while he reassures them that the condom is for “him and his woman” alone. This ad catered to conformist ideas about sex as something only married couples should enjoy, as was heavily demonstrated when a female passenger asserted that condoms are used for family planning and that not everyone is promiscuous.

With the advent of the Gold Circle Flex Condom came some decent marketing efforts. An example is the hilarious 2016 ad featuring Big Brother Naija’s Bassey and the testosterone-dripping “Be The Man” ad.

Is there really a market?

Nigerians have sex, even if most would have you believe they don’t. In fact, aged married couples would have the younger ones believe that storks delivered babies to their doorsteps than to divulge that intense copulation occurred. Due to the nation’s population being thoroughly religious, such ‘modesty’ and secrecy show a significant side effect.  Research has shown that most Nigerians are aware of condoms, but there’s a prevalent low usage.

A cross-sectional study of 276 undergraduate students from Nnamdi Azikiwe University, Awka, revealed that up to 96.4% and 62.3% were aware of male and female condoms, respectively. In contrast, 68.8% of respondents and 5.1% have ever used male and female condoms, respectively. Religious-belief was of the top two most documented inhibitor to condom-use; second to “condom-burst”. These statistics are sure to dishearten a new condom company seeking to lay the foundation in Nigeria’s contraceptive market. But with the country’s population brimming with over 201 million people, the small group of people that comprise those that consistently use condoms are still quite substantial.

Nigerians use about 400 million condoms each year. According to the standard CYP measurement associated with condom use in specific details, the country still needs approximately 932,268,714 condoms per annum.

Where the money resides

As each day passes, Nigerians, particularly the youth, are getting more enlightened. Thanks to the internet, there’s apparent availability of comprehensive information, including information about sex. There’s a growing sensitisation that it’s essential to stay protected and practice safe sex.  This has, in turn, helped grow the contraceptive market in Nigeria.

The average price for a pack of condom in Nigeria at the moment is 700 naira. Deductively, with a demand of over 932,268,714 condoms per year, and with each pack coming with at least three condom pieces, the industry in Nigeria is raking in an estimated 200 billion Naira yearly. Nairametrics’ consumer survey shows that Durex and Gold Circle are the most common brands on the market, although other small players are narrowing the gap. With the nation’s huge young population in the country and the increasing reproductive health awareness, sales of condoms in the country are guaranteed to enjoy further boosts.

The Durex brand has given Gold Circle (and other condom brands) a run for their money by a sizeable margin with creative marketing campaigns that are masterminded with style and finesse. There is brimming confidence that borders on arrogance in the Durex brand’s language, and you cannot help but love the creative thinking that powers it. And on its website: “With over 80 years experience in the bringing couples together business, we know our way inside and outside of the bedroom.”

Then, it goes ahead to deliver exactly as promised with exciting condom variants packaged through even more exciting campaigns. Utilising all the popular social media channels, Durex Nigeria has mastered the average social-media-savvy millennial lingo and speaks it ever so fluidly in its messaging. With ad copies that are clever, punchy, and instantly relatable, Durex is not shy about letting us know it is your friend and it “gets you”. Frankly, it does.

Perhaps, the fascination is the ability to communicate wittily without losing the potency of the message shared at every given time. The brand contributes intelligently to serious conversations about STDs, pregnancies, and sexual consent, consequently establishing itself as a brand that you can trust. The newest brand ambassador, Kiddwaya, oozes just the right amount of sex appeal and could be an excellent addition to its storytelling strategy.

But more importantly, condom ads now make you feel like you can enjoy yourself without compromising your health and safety. Because it is not just about advocating the importance of safe sex, but a focus on the experience –  “hey, it doesn’t have to be boring, either.” We can’t help but love the banter, the trends, and the conversations, all with a humanness that every successful brand knows is an essential factor.