The Ronaldo effect: Getting the right person (with the right story) to sell your brand 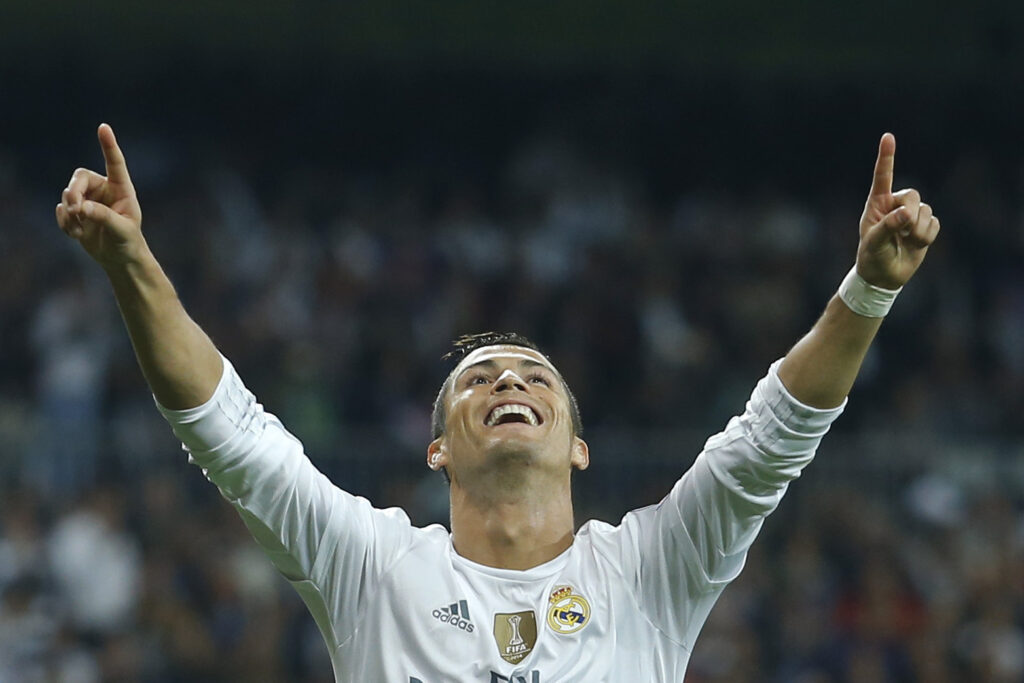 A 10% share rise following the mere announcement of the conclusion of a transfer deal bringing back a football star to the club where his success origin story can be said to have really began is powerful enough. Understanding what that 10% rise actually represents to the valuation of said club – almost a quarter billion Euros – is even more powerful.

Yet all of that is dwarfed in comparison to the long-term game plan that experts see in the widely publicised transfer of one of the world’s greatest athletes, Cristiano Ronaldo, to his former club Manchester United in a nearly €30million  deal.

Football aficionados, many who are fans of the beloved star, have pondered what could drive a club to sign a 36-year old star. Their logic is solid from the perspective of longevity of prime performance. Even a G.O.A.T like Ronaldo has human limitations that come with aging. They ponder how well his return to the club could influence its performance in the 2 years initial deal he signed. More so, how much longer does he have as an active player?

His signing is however more about what his personal brand will do for the team – the effect of some of which have already manifested in the increased Instagram following of Manchester United since his signing was announced – than it is about what his performance, however excellent, could do for it. It is, in a sense, about influencer marketing. Sort of.

In the crudest sense of it, influencer marketing is about brands leveraging the online following of just about anyone. It could be a Kim Kardashian, a Korty, or Musa2738 who has 5,000 interactive followers largely based in Unguwa Uku, Kano.

In this case, it is about a football star who brings not just his excellent skill but also his massive social media following and overarching influence that will translate not only into increased merchandise sale for the team that acquired him but also sponsorship deals from brands eager to shine under his bright stardom.

It is more than sales

You have heard about the decreasing attention span of humanity. Time Magazine boldly declared in an infamous headline that; You Now Have a Shorter Attention Span Than a Goldfish. It is a claim that is in contest because the source of the claim, a 2015 report by the Consumer Insights team of Microsoft Canada, who surveyed 2,000 Canadians and also studied the brain activity of 112 people as they carried out various tasks, has since been challenged extensively. This BBC article debunking the 8-second attention span claim does a good job of it.

Yet, football executives are nevertheless bummed whatever the reality of humanity’s attention span may be because younger people are finding sitting to watch a 90-minutes match increasingly tedious.

A European Club Association research has found that the live match is considered ‘old fashioned’ by half of youngsters up to the age of 15, and 45% of those aged 16 to 24.

With streaming services popping up from Amazon to HBO to Netflix and IrokoTV, fewer young people choose following football matches over say binge-watching a series.

Where the Ronaldo-formula comes in

Ronaldo is one of the most followed people in the world on Instagram with 337 million followers. Across social media, he boasts a following of over half a billion. This social media influence has already manifested in the increase of Manchester United’s following since the announcement of his signing. The team saw an increase in following of over a million from 43 million to 46.6 million as at the writing of this piece.

Instagram is dominated by 16-24-year-olds, and this spike in following may be telling of a formula successfully deployed that may begin to win the hearts of younger football fans.

This not only draws a new demographic into a sport they would otherwise have snubbed, it also opens an emerging market to football clubs that gives them leverage to sell merchandise to a larger customer base and for longer to come.

All of these effects have been noted in his short stay with Italian club, Juventus FC where the club saw both an increase in revenue and popularity – on social media and the tongues of football fans globally – in the year after he joined.

The Ronaldo effect gained Juventus over 5 million followers and increased its revenue by some €58million — more than double the year before he joined.

Nostalgia is inarguably one of the strongest of human emotions. It tugs one with a quick snap back decades into a cherished childhood, a wild teenagehood, or a more carefree young adulthood.

There is something about the story of Cristiano Ronaldo leaving Manchester United – his first international club deal – to explore other opportunities and grow, then returning 12 years later at a time when some analysts say the club is in ‘a decline,’ to uplift his second home after his home country Portugal.

Think about the number of fans whose growing discontent with the club over the past couple of years made them grow cold on the club, whose hearts will be warmed into returning to being raving fans because of this story.

Sometimes a deal – whether a £27+ million one as is the case of Ronaldo’s transfer or a N200,000 endorsement deal for a local influencer – benefits from a multiplicity of covered concerns.

Influence isn’t just about star power, revenue doesn’t strictly come in only through the quality of a brand’s product, many a Naira has been spent specifically because of how a consumer felt at the moment of purchase or decision to purchase.

A lot of Nigerian brands can benefit from learning a thing or two about choosing the right person with the right story to sell their products without ever having the need to scream from the rooftop, “Look what we have for you o, please come and buy!”