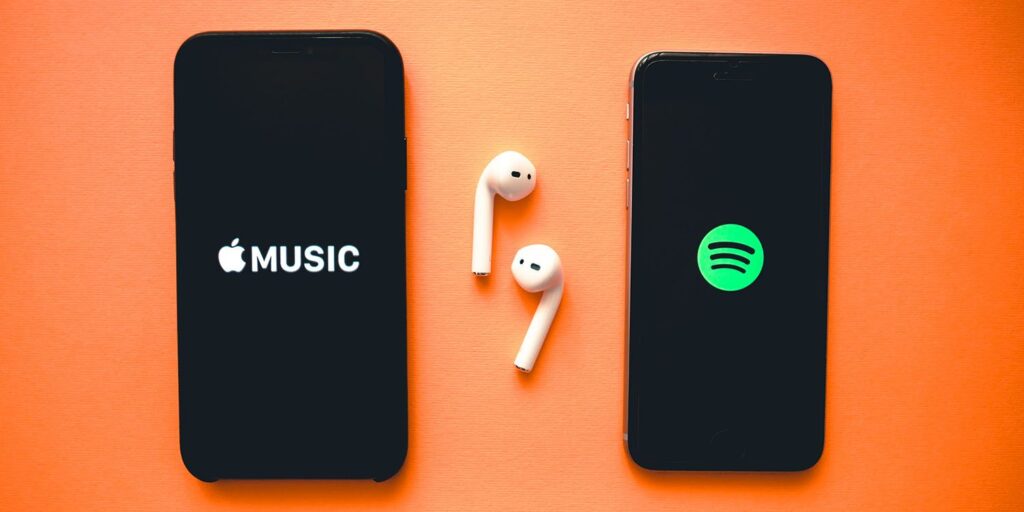 Again, the music business is serious business. And the numbers can only go higher. According to the IFPI (International Federation of the Phonographic Industry) global report for 2019, the music record business saw a global increase in revenue of 8.2%.

In Africa however, it was about 15%. This placed the continent as the world’s second-highest growth market after Latin America. Perhaps, Africa will soon have its Despacito moment. You know, our version of that song (by Luis Fonsi and Daddy Yankee) that cleared the path for Latin stars today. Or has it already? Jerusalema? A possible Grammy win?

The lesson is that Africa’s 1.2 billion people present a target for global music businesses. New customers can be targeted, the continent’s refreshing talent pool can be capitalized internationally. Meanwhile, Nigeria is Africa’s most populous country with over 200 million people – almost four times the population of South Africa.

According to Statistica, over half of the Nigerian population is under 19 years. This presents potential – a great number of tech-savvy people on the go, hungry for the next thing. Analysts expect total music revenue (in Nigeria) to rise to US$73 million in 2021. Nigeria has become a priority for many streaming services looking to take over the African market. Enter, Deezer and Boomplay who are enjoying success. Enter, Spotify. Okay, Spotify isn’t here yet. Enter, Apple Music and its audacious strides.

Apple Music and its expansion

Apple Music’s push into the continent has been an intentional part of its international growth. Last year, it expanded its offerings from 12 African countries to 37. Karl Anderson, Apple Music’s head of music in Africa, has stressed the company’s focus on local curation, playlisting and ground-level support for local artists in each country.

“It’s about serving up a hyper-local editorial experience for our subscribers on the continent. We have playlists covering every possible genre, region, and country, we’ve recruited some of Africa’s top creatives – designers, photographers – to make sure that the artwork that we’re serving up feels authentic to those particular countries or genres.”

Since its 2015 debut (initially in Nigeria and South Africa) Apple Music has experienced growth. In Nigeria, streams grew 119% year over year and subscribers doubled. Apple Music is becoming a continental rival with Boomplay. By the end of 2020, both companies boasted around 140,000 subscribers each.

Boomplay and the mobile market

Boomplay has the incredible advantage of being preloaded on all Infinix and Tecno smartphones. Why? Because all three companies are owned by Transsion, a large-scaled Chinese company. Boomplay is jointly owned by Transsion Holdings and NetEase (also Chinese), as part of their Transsnet Music Limited Joint Venture.

Meanwhile, 90% of African phone users own Androids. In 2018, Transsion sold over 120 million phones in Africa. In the same year, the company built a manufacturing plant in Ethiopia and launched Boomplay. Boomplay has since obtained licenses from the major record labels – Universal Music Group in November 2018, Warner Music Group in March 2019, and Sony Music in November 2019.

There have been several attempts by Nigerian companies to compete in the music streaming space. Spinlet, originally Finnish, was acquired by two Nigerian investors in 2011. It introduced music streaming when Nigerians did not know what the words meant. In April 2019 however, Udux was launched by Groove platforms. It also acquired a license from major record labels and claims to be “the first African-owned streaming platform to have all three global major record companies signed to its service”.

However, acquiring licenses is only the beginning of a tumultuous journey in the streaming business. UduX is hoping to succeed where predecessors have failed. A memorable example is Jason Njoku’s Iroking, the music distribution sister to IrokoTV that ultimately failed to kick off. “Tumultuous” is indeed the word. It took Spotify 13 years and 96 million paying subscribers to turn a profit. While Apple has sold 1.2 billion smartphones, its streaming service has just 60 million paying users.

There is some consensus that streaming services need about 100 million paying subscribers to scale. This is because the business of streaming is capital intensive. Platforms need music. Music catalogues belong to distributors. To obtain these music catalogues, streaming companies have to pay (annual) licencing fees to distributors like Universal, Sony, and Warner. They would then need to market, hire developers, and incur operational expenses. Somewhere along the line, they expect to make profits off meagre subscriptions. In Nigeria, what are the numbers?

Really, how many Nigerians stream?

It is difficult to tell the number of Nigerian listeners who pay for music. Streaming companies may disclose the number of active users, but not the paying users. Subscribers are hard to come by in Nigeria due to poverty, expensive broadband, and a general reluctance to pay for online services. Free music is accessible after all. Even artists put their songs online for free. However, the biggest problem streaming faces is data. TechCabal put it this way,

“As long as people keep counting their megabytes, driving the use of subscription-based apps will remain an uphill task.”

Also, the availability of truly global DSPs (digital streaming platforms) presents an obvious limitation. Until last year, Apple Music was only available in 12 countries. Spotify is only accessible to 5 African countries – Algeria, Egypt, Morocco, South Africa, Tunisia. And Apple Music still faces a challenge with its billing in US dollars versus the local currency.

Which acts are the most streamed?

On Boomplay, Omah Lay’s Bad Influence was the most streamed song, followed by Simi’s Duduke andDJ Neptune’s Nobody. Fireboy DML must be exceptional. His debut album, Laughter, Tears and Goosebumps was Boomplay’s most-streamed of 2020. His sophomore project Apollo was the third most streamed. Both projects sandwiched Burna Boy’s Twice As Tall which held the second spot.

Nigerians are doing the continent’s best numbers. And streaming platforms are helping out.

Apple Music is making significant investments into the continent’s artists and music business. And they are paying off. For instance, Apple Music’s Africa Rising program was launched in July. Singer, songwriter, and producer Tems joined. In late September, her debut EP, For Broken Ears knocked Burna Boy’s Twice As Tall off Apple Music’s album charts. It was an impressive feat for Tems, who had released just a handful of singles prior. Apple made Tems the new face of its Africa Rising playlist that month and placed her high on its specialized Africa Now, Afrobeats Hits, Naija Hits, and Top 100: Nigeria playlists, too. This push has contributed to growing her profile globally. More than 60% of her Apple Music plays came from outside Nigeria. Her followers and streams on all platforms have doubled since For Broken Ears was released, according to Chartmetric.

Rema and Omah Lay are examples of fast-rising, internationally acclaimed artists that have partnered with Apple Music since the beginning of their careers.

But DSPs are not only partnering with artists. Last week, Apple Music and Cool FM announced a content partnership that allows Cool FM to syndicate two Apple Music shows – Rap Life Radio by Ebro Darden and Africa Now Radio by DJ Cuppy. Cool FM will now broadcast these shows every Saturday and Sunday at 6 PM.

Meanwhile, UduX and MTN Nigeria have struck a new partnership that will grant MTN subscribers access to discounted data bundles for accessing content and streaming unlimited music on the uduX app!

Streaming is the new stream

Is it necessary to say more? Even in Nigeria’s “peculiar” market conditions, the growth of streaming has remained impressive. How much better will it do if all DSPs were in the market? What would happen if data costs begin to drop?

Paul Okeugo, co-founder and CEO at Chocolate City Group confirms the massive potential streaming has, despite the country’s limited digital infrastructure. “The potential is massive,” he says. “The paid subscriber base is currently low compared to the population and opportunity, but this will change with time as internet penetration grows and the right pricing models are introduced. The more people can afford data, the more they’ll stream not just music, but movies and TV shows as well.”

For potential investors, the future is only bright! PwC has tipped Nigeria to be the world’s fastest-growing entertainment and media market over the next three years. According to PwC’s Entertainment and Media Outlook 2019 – 2023, streaming music revenue will reach $17.5 million in 2023. Companies would require a core understanding of consumer behaviour, demographics, and consumer interaction. But make no mistake, music streaming is the new income stream.