Give the money to Funke! How the numbers show Nigeria’s entertainment industry is ready for big money 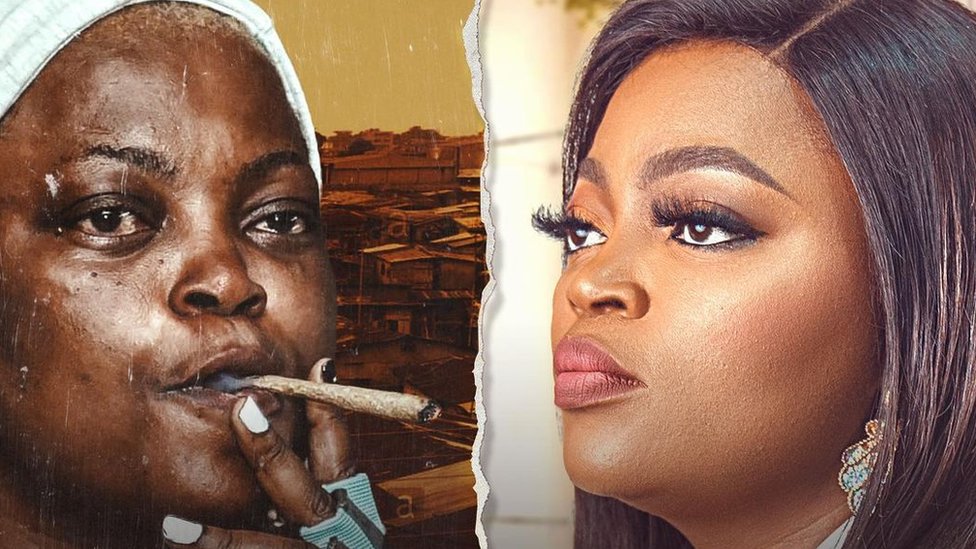 In its first week, Funke Akindele’s Omo Ghetto made a whopping N99 million. By the first day of January, it had totalled N189 million. Omo Ghetto was released on 25th December 2020. It now holds Nigeria’s box office record for an opening weekend. That is, despite a global pandemic. Next in the line of 2020’s top releases is Fate of Alakada (N113 million), released two months before. In third place is Rattlesnake (N69 million). In the fourth, fifth, and sixth places are Quam’s Money, Dear Affy, and Who’s The Boss with total numbers of N56 million, N39 million, and N38 million respectively. Again, despite the pandemic. Nigeria’s entertainment industry is making money. It is time to give it more!

In Netflix, Nollywood and the Naira we said that the Nigerian film industry (Nollywood) is the most popular on the continent. It produces 2,000 films a year and is only behind India in world rankings. It is the country’s second-largest employer and its estimated annual revenue is $590 million. According to Alhaji Lai Mohammed, the Minister of Information and Culture, the entertainment industry contributed N156.5 billion to Nigeria’s GDP in 2018 alone.

According to The Africa Report, Nigeria’s film industry has matured from a high quantity, low-cost model to one where producers are now able to raise capital to produce films on par with their global peers. In September 2018, Genevieve Nnaji’s Lionheart became the first Netflix original movie from Africa. In July 2019, IROKO, a Nigerian video-on-demand company sold its film studio business to French television company Canal+.

The present and future are also bright for Nigeria’s music industry. Oh, believe the hype! African sound is going global so more artists are being heard. More rights are being recognized so more money is being made. Universal Music, Sony Music, and Warner Music Group, the world’s three largest record labels, have all entered the Nigerian market. They are signing artists, acquiring record labels, and opening offices within Nigeria. In March 2019, Warner Music Group entered a pioneering partnership with the influential Chocolate City. In What do foreign labels want from us?, we mentioned UMG’s deal with Aristokrat Group and the Empire-YBNL publishing and distribution deal.

Last week, Universal Music Group (UMG) announced plans to expand operations in Nigeria, Ghana, and Kenya in 2021. The move is strategically aimed at streaming revenue, which is rising due to the large music and tech adoption by young Nigerians. Regional CEO, Sipho Dlamini, revealed plans to sign more African musicians and build more recording infrastructure. According to Dlamini, “there has never been a more exciting time for African music around the world, as it continues to influence and inspire culture and creativity while reaching a wider audience globally each day through streaming.” Not to brag. But whenever we say Africa, think Nigeria.

Africa’s streaming numbers are serious. So Apple Music is undergoing a million-dollar expansion in Africa. Transsion Holdings’ Boomplay, Africa’s largest music-streaming service, closed a Series A round for $20 million in 2019 to support its expansion. Bloomberg disclosed that the recorded music revenues in Africa and the Middle East had totaled $100 million in 2019.

In Netflix, Nollywood and the Naira, we noted that despite the success of Nollywood, it faces a myriad of challenges. Piracy is the king among them. The World Bank estimates that for every legitimate CD sold, nine others are pirated. Also, the actors’ incomes are low. Even the most popular get paid between $1,000 and $3,000 per film (2013). Ultimately, the industry is plagued by low funding and poor distribution networks. Nollywood can use more funding. So can Nigeria’s music industry. Yet, both the government and institutional investors have not been as keen. There is still no federal allocation for the entertainment industry. Also, In 2019, only 1.1% or $22M of total African start-up investment went to entertainment companies.

Yet, venture capital smiles on Nigeria’s music industry. For instance, the multi-million dollar cash injection in Mavin Records by Kupanda Holdings, a joint venture, in January 2019.

Nigerian artistes are also taking matters into their own hands. Months ago, Mr. Eazi (Oluwatosin Ajibade) set up the Africa Music Fund (AMF), targeted at investing in Africa’s music artists. At the time, he told CNN that the Fund was looking to raise USD20 million. Through the AMF, Mr. Eazi wants to create a new funding model for Africa’s music business. He noted that the business is generally misunderstood by investors and financial institutions. The result is a gap in funding for musicians. AMF will bridge this gap.

A similar initiative was announced in November by A-Q (Gilbert Bani). The lyricist announced that he was leaving Chocolate City to set up a music incubator for artists. A-Q’s new project is a joint venture deal with Africa’s top music distribution platform, Africori Music Group. According to him, the next 18 months would be spent in partnership with Africori on discovering and funding artists’ careers across Sub-Saharan Africa.

In Nigeria’s Economic Growth Recovery Plan (EGRP), Nollywood was underscored as a priority sector. The government expected film production to increase by 15 percent and export revenue to reach USD1 billion in foreign exchange by 2020. The government planned to encourage the development of a special funding window and provide an incentive for private sector investment. A year later, a lot is still desired.

Last week, the Minister of State, Budget and National Planning, Prince Clem Ikanade Agba reiterated the commitment of the Buhari administration to “the process of shifting Nigeria’s economy away from single income source-oil earnings towards multiple sources of earnings from a growing range of sectors and markets”. He stated that the creative and entertainment sector has become one of the focuses due to global recognition and fund entertainment has brought to the nation.

On the same occasion, the Minister of Information and Culture, Alhaji Lai Mohammed restated the plan initiated by the Central Bank of Nigeria (CBN) in collaboration with the Banker’s Committee to grant an N500m access loan with a nine percent interest rate to support the entertainment industry. Mohammed explained that the Creative Industry Financing Initiative, (CIFI) was introduced to improve access to long-term, low-cost financing for entrepreneurs and investors in the Nigerian creative and information technology (IT) sub-sector.

Perhaps we are on the first day of Rome’s building.

Give the money to Funke!

In January 2020, Lai Mohammed had spoken about the potential of the creative industry to create one million jobs in Nigeria and grow GDP by 2 to 5%. The African Union estimates that the pandemic could cost Africa over 20 million jobs. Perhaps, investments in non-traditional sectors are needed more than ever. And isn’t the entertainment industry just perfect? One audaciously referred to as the only functioning industry in Nigeria by Alex Ekubo.

In 2019, Burna Boy’s fourth studio album, African Giant, bagged a Grammy nomination and sold out arenas in Europe and North America. Last year, Burna Boy’s Twice as Tall hit No. 1 in dozens of countries on Apple Music’s worldwide charts. It reached the top 60 on the Billboard 200 in the United States. Oh, it bagged a Grammy nomination too. This Thursday, we are getting a Sia x Burna Boy collaboration. Sho get? Nigerian music is not slowing down.

Nollywood neither. But have you seen WW84? Do you recall that scene where Maxwell Lord says “it’s good, but it can be better”? Great. That is our mission here. Nollywood needs to be touched with some money. Where? Movie production, cinema houses, streaming platforms, and so on. No, the money will not disappear. This very sector will show dividends. Haven’t you heard? In one week, during a pandemic, Funke made N189 million from movie tickets.

Listen. Whatever you do, give the money to Funke!