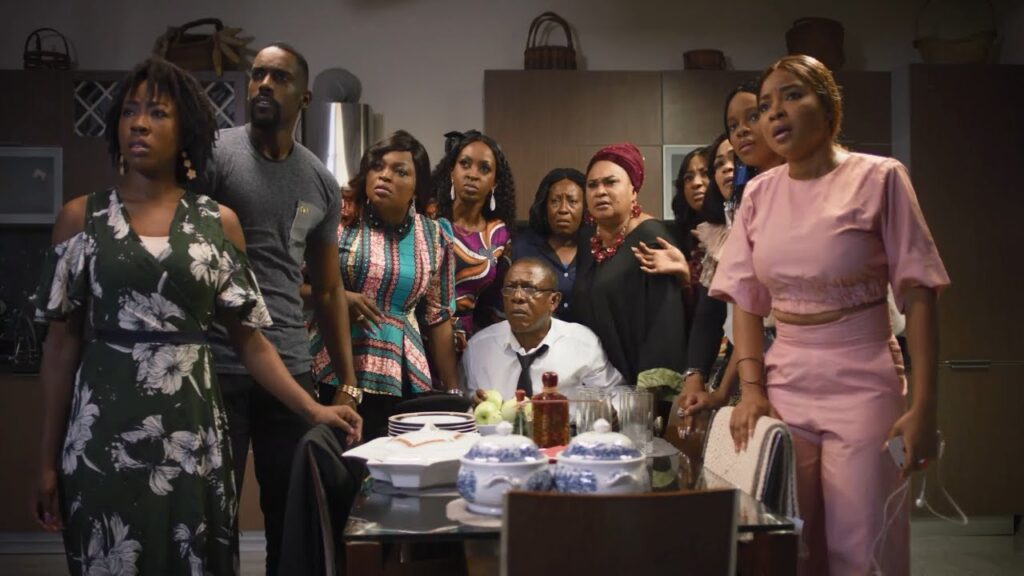 The ongoing partnership between Nollywood and Netflix has shifted habits in movie consumption towards streaming. Available since 2016 but launched in Nigeria February, 2020, the global streaming platform recognized the potential in the film industry and its creative pool, incentivizing local content creators to tell their own stories to the world.

The industry has seen an uptick in movie licensing, each month bringing a new slate of Nollywood content to subscribers, from the stable of EbonyLife Films (The Wedding Party, Chief Daddy), Inkblot Productions (The Set Up, Who’s the Boss,) and other independent creators.

Because of Netflix, movie distribution has gotten more options for filmmakers, who may or may not want to bypass the route of cinemas. While the global coronavirus pandemic shuttered businesses and forced the world into lockdown, Netflix thrived in Nigeria as moviegoers took digital solace in streaming, a spell that would last throughout the year.

Aware of competition, the streamer has rolled out a cheaper mobile-only subscription plan, for a charge of N1,200 monthly, which is lower than the service’s basic cost of N2,900. But this move is also necessary to grow its subscriber numbers (only 50, 000 in 2019 according to this report), not to mention Nigeria’s low earning power and cost of internet access.

Even though Netflix doesn’t reveal viewership data or ratings, subscriber streaming habits/tastes can be glimpsed from social media. There’s a pull towards romantic comedies and dramas, and depending on how much goes into marketing from studios, Nigerians are routinely drawn to actors they can easily recognise. The arrival of the Nollywood-Bollywood romantic comedy, Namaste Wahala, on Netflix caused much dizzying anticipation and fanfare, and showed promise for more collaborations between two prolific film industries.

Nollywood has a movie streaming culture with Netflix as a major player. Netflix Naija, which is Netflix made in the image of Nollywood.

The assessment of Netflix in Nigeria can be argued from different standpoints. But an interesting trend – almost a trope – keeps resurfacing among Nigerians each time Netflix acquires new content: the appetite for old Nollywood movies. In June, Netflix picked up Kingsley Ogoro’s 2003 comedy Osuofia in London starring Nkem Owoh, and the mere announcement was euphoric and nostalgic for Nigerians on social media.

Osuofia in London is a Nollywood classic, and comes from a golden era of comedies from the early aughts. Its availability on Netflix signalled attention to Nollywood before the cinema revolution, where films were recorded on VCDs and what was left from the model of home-video rentals. In other climes like the US and Europe, Netflix has devoted a library to capturing the essence of old Hollywood, running from the 50’s (Singing in the Rain, Funny Face), 60’s (Breakfast at Tiffany’s, Rosemary’s Baby), 70’s (Mad Max, The Towering Inferno), 80’s (The Color Purple, She’s Gotta Have It) and 90’s (Forrest Grump, Desperado).

These films carry a kind of priceless Hollywood nostalgia, some of the works showing Hollywood in a quaint, era-appropriate tableau that allows for viewers to appreciate that style of filmmaking. It’s true that Nollywood and Hollywood can’t be compared. The film industry in Nigeria is still young, and faces a myriad of challenges like lack of funding, low cinema capacity, poor technology, lack of production infrastructure (especially post-production), ineffective actors’ guilds, to name a few.

The question becomes whether Netflix is noticing what subscribers want to see on their service, and if they are observing a recurring request in their streaming appetites.

In our survey on streaming habits, and out of an undisclosed number of young respondents between the age of 19 and 31, 70.6% said they have a Netflix account while 52.9% revealed that they watch Nollywood films. 11.8% said they don’t and 35.3% said sometimes. On the aforementioned trend towards old Nollywood films, 75% of respondents would like Netflix to expand their library in the acquisition of old Nollywood content. Like Osuofia in London, respondents wished they could watch others like Igodo, Aki na Ukwa, Magun, Baby Police and so on.

The survey, interestingly, also showed a preference towards comedies, 70.6% said they go on Netflix to stream this genre, followed by thriller/action which stood at 23.5%. The horror genre, in Nollywood, has been sidelined for a long time, seen as too serious or uncommercial. On the survey, it saw the least liking. With the exception of old-era Nollywood occult horror properties like Living in Bondage (which is on Netflix) and Nneka the Pretty Serpent (yet to arrive Netflix) that’s been given new treatment, mainstream Nollywood stays away from horror as the survey corroborates.

It’s not strange to see why Netflix allocates resources to financing new original projects (King of Boys 2) or licensing freshly, out-of-cinema movies. New content holds curiosity for viewers and new market value for creators. The presence of Netflix in Nigeria, though, keeps shrinking the theatrical window (a film out in cinemas today can land on the streamer next week), and can dictate moviegoing inclination to abandon cinemas and stream instead.