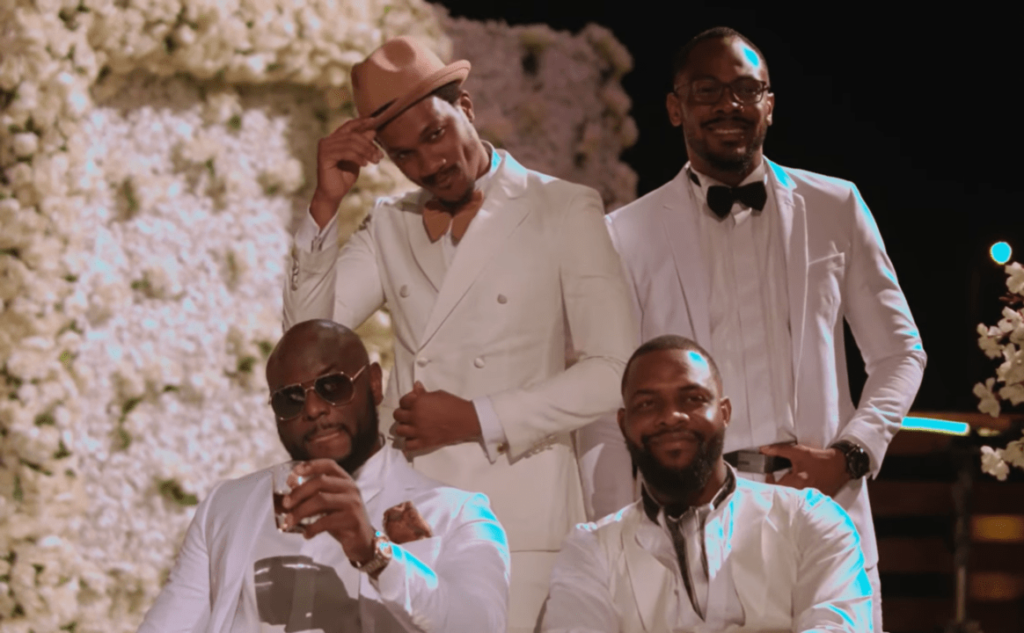 Long before the explosion of web-based content in the form of scripted dramas, television series were produced, packaged and aired as time-scheduled programming on television stations. Despite the obvious limitations of terrestrial television (the inability to rewatch an episode or binge an entire show), the ’90s and early ’00s gave us TV juggernauts such as Checkmate and Superstory. These shows, by their accessible simplicity, were saturated with themes like family and love and became cultural soapy archetypes that truly defined an era. But with the internet now, and the gravitation towards web television and streaming services, we are provided with options that the terrestrial format lacked.

The web has democratised access to content making with tools like YouTube and Instagram and there’s been a wellspring of television series that have landed on the shores of the internet. Today, many web series are culturally skewed towards the youth demographic, thanks to platforms like AccelerateTV, NdaniTV and others making the online environment quite competitive. Ndani TV’s once-flagship show Skinny Girl in Transit created a huge fandom with its resonating theme on female body weight, and its nuances within the dating terrain. Likewise Gidi-Up from the same platform, showing the small victories and challenges of four friends as they navigate Lagos.

What’s more, web shows have launched the careers of actors into Nollywood, and continues to be a pipeline for industry hopefuls to hone their craft before leaping for the big screen. Here are the top series today.

Man of Her Dreams

Receiving positive reviews after it premiered on YouTube, showrunner Victor Aghahowa has created a web series that pulls up serious comic chops. The dramedy tells the story of Kari (Sonia Irabor) who keeps seeing a man in her dreams whom she falls in love with.

With the help of her roommate, Ladi (Folu Stormz) and a sketch artist, she embarks on a journey to find the mystery man she’s been dreaming of, but it turns out he’s much closer than she expected.

Created by RedTV and premiering in 2018, The Men’s Club over three seasons would turn out to be an engrossing portrayal of four good looking men and how they deal with relationships, commitments, press pressure and other complicated nuances. And it’s got lots of women, ironically. Siphoning popular faces like Ayoola Ayoola, Efa iwara, Baaj Adegbule, and Daniel Etim, the show doesn’t attempt to rehabilitate masculinity. Rather, it feels safe sticking to familiar masculine tropes, and the tics viewers can recognize.

For RED TV, The Men’s Club is one of its biggest shows, and as an entertainment property it highlights how the platform is getting competitive with churning out productions that resonate with young people.

This Belinda Yanga-directed series was written by Abosi Ogba and Sally Kenneth-Dadzie and produced by Lydia Idakula-Sobogun. The show tells the story of Tade, a brilliant business developer trying to get her life back on track after a series of failures, Leo, a millionaire hotel entrepreneur defying the odds to keep his business in the green and a little black book of gorgeous women, unfolding truths and hidden desires between them.

Little Black Book is from the stable of The Naked Convos, famous for curating fiction, essays, and experimental writings from young writers. Veering into web programming to create its first series Our Best Friend’s Wedding and then My Name is A Zed, all of which adapted from stories on The Naked Convos, Little Black Book tows the same way – a story by Sally Kenneth-Dadzie. The show stars Oreka Godis, Ikechukwu Onunaku, Teniola Aladese and more, and although there’s only one season available, the show is worth the time.

When NdaniTV released the first season of Rumour Has It in 2016, it received a huge reception from audiences. It was, essentially, a fan-favourite. The show is based on celebrity blogger Obi Obi who has made a killing from spreading gossip about celebrities. Viewers then were almost convinced that the story was inspired by a certain real-life, influential Nigerian blogger, whose name will not be named.

After two seasons, the show stopped production. Only to return with a new season in 2021 and a shake-up of its cast. But it also has Jemima Osunde reprising her role as Ranti, the assistant to Obi Obi who becomes owner of the Rumour Has It blog.

RED TV’s crime comedy series finds an oddball character in Inspector K, a wacky inspector who through unconventional ways solves crimes in the city of Lagos. He is supported by two clueless but surprisingly intelligent police officers as sidekicks. He has put his division on the map through the immense success he has in solving unsolvable cases

Played by Koye Kekere Ekun, the show scoops up a lot of laughs through its pantomimed aesthetic. Returning for a third season in November 2020, the stakes are even higher, and so is Inspector K’s cheesy logic in busting crimes.