Here are the top influential OAPs in Nigeria 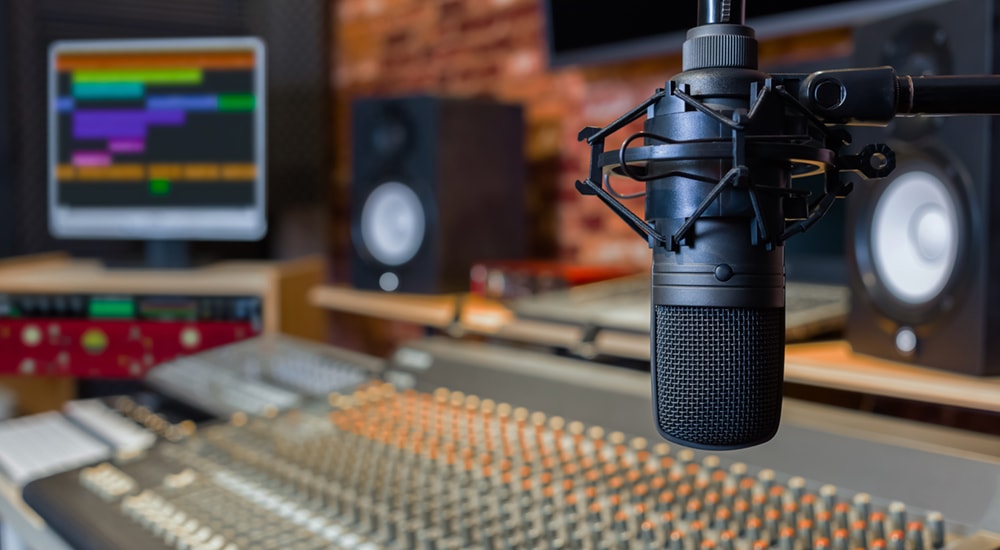 Amidst a rising and vocal audience, including audience segments that have grown increasingly spoilt for choice, the fight for a slice of the listeners has never been more competitive. And as more platforms begin to emphasize their brand personality and also invest in celebrity power, this has also led to the rise of On-Air-Personalities (OAPs) who have become the soul of hundreds of radio stations in the country.

These talented, interesting, maybe good-looking (OAPs) are what make the average listener stay tuned to the stations for hours. Their assets include their voices, charm, presentation skills, intelligence, sensuality (when needed), and several other plusses.  In the past, OAPs merely existed to interview celebrities and gossip about them on air. In the new world of talk radio, OAPs are celebrities in their own right. And with social media, they are not only heard but heard.

Today, we look at some of the most influential On-Air-Personalities in the Nigerian radio space.

She also has a degree in Business and Mass communication from London Metropolitan University. Prior to settling in Nigeria in 2008, she worked with MTV Europe and Walt Disney Pictures in the United Kingdom. She won the Radio Presenter of the year award twice in 2010 and OAP of the year in 2011.

Oladotun who started his career in the media as an intern with Cool FM has gone on to establish himself in the Nigerian entertainment industry as a whole. Do2tun’s foray into radio began when his lecturer in school offered him an opportunity to intern at a radio station given his wit and charisma.  Dotun chose Cool FM and hasn’t looked back since. After three years of internship, Dotun earned a chance to host a night show on radio-themed “Sleep Talk”, where he engaged late-night radio listeners and shared with the depressed their worries.

The show turned out to be his break way in the broadcasting industry. He has since gone on to host quite a number of radio shows including; Chevrolet Football Fan Show, The Sunday Afternoon Show, Love Zone, Heineken’s Top 20, Midday Oasis Show, Friday Nite PartyMix among others. He also hosts Soundcity TV’s Greatest Countdown on Earth Radio Show.

Ifedayo Olarinde is one OAP whose show name, Daddy Freeze is as popular as it is controversial. Freeze who is biracial started his radio career in 1996 with the Broadcasting Corporation of Oyo State Ibadan and joined Cool FM in 2001 working in radio presenting, television, and general entertainment. He joined Cool FM and was the radio station’s senior broadcaster for 20 years making him a household name among radio listeners in Lagos. Freeze was born in Cluj-Napoca, Romania to a Nigerian father and a Romanian mother.

He spent most of his growing years in Ibadan, Oyo State, where he attended the International School. He has a degree in sociology from the University of Ibadan. He is from Oyan Town in Odo-Otin local government area of Osun State. He has since divested in music and film and currently pastors his own church in Lagos. He has courted controversies in the past due to his frequent critique of prominent Nigerian pastors and Christian doctrine.

Since making her debut in 2010 on the set of Rhythm FM’s Morning Drive Show, Toke Makinwa has blazed the trail in the radio and TV business.  Born in Lagos on 3 November 1984, she attended the Federal Government Girls’ College in Oyo State. Makinwa later attended the University of Lagos, where she earned a BA degree in English and literature. In 2012, she made a television appearance as host of the Most Beautiful Girl in Nigeria (MBGN) beauty pageant, which was broadcast live across Nigeria.

She co-hosted Flytime TV’s 3 Live Chicks, along with Tosyn Bucknor and Oreka Godis. The show debuted as a web series before expanding to terrestrial television in late 2012. A year later in 2013, she won the Nigeria Broadcasters Award for Outstanding Female Presenter of the Year. She still hosts “The Late Morning” Show weekdays on Rhythm FM.

Omtunde Adebowale David is one name that few people in Lagos know about, but tell them Lolo 1, and aha! That instantly rings a bell!  ‘Lolo 1’ is not only an award-winning On-Air Personality, but also a television presenter, comedian, and actress. She started her career as a legal practitioner after being called to bar in 2000. She worked in the law department before dropping it for media broadcasting in 2004.

She got her nickname, Lolo1 during a live radio programme where she asked her listeners to suggest a name for her. She worked at Wazobia FM for over 11 years till 2019 when she left and joined Lasgidi FM as the general manager and an on-air personality.

Sandra Ezekwesili, daughter of Nigeria’s former minister of education, Oby Ezekwesili is one of the most popular hosts of daytime radio shows in Lagos. Her show, ‘Hard facts’ which begins at 3 PM on Nigerian Info recently clocked 1 million listeners making it the second most listened to programme in that time slot. Sandra studied Mass Communication at the Enugu State University of Science and Technology. She went on to work for Katsina State TV in Northern Nigeria, before moving back south to work for Radio Bayelsa and Ray Power FM Yenogoa.

She had a stint at Cool FM Portharcourt before moving to Nigerian Info in Lagos where she has made a name for herself as a tough OAP who engages callers and listeners on political events of the day. Sandra is an accomplished events host and MC. She is also a Public Speaker and gave a TedxYouth talk in 2014.