What do foreign music labels want from us? 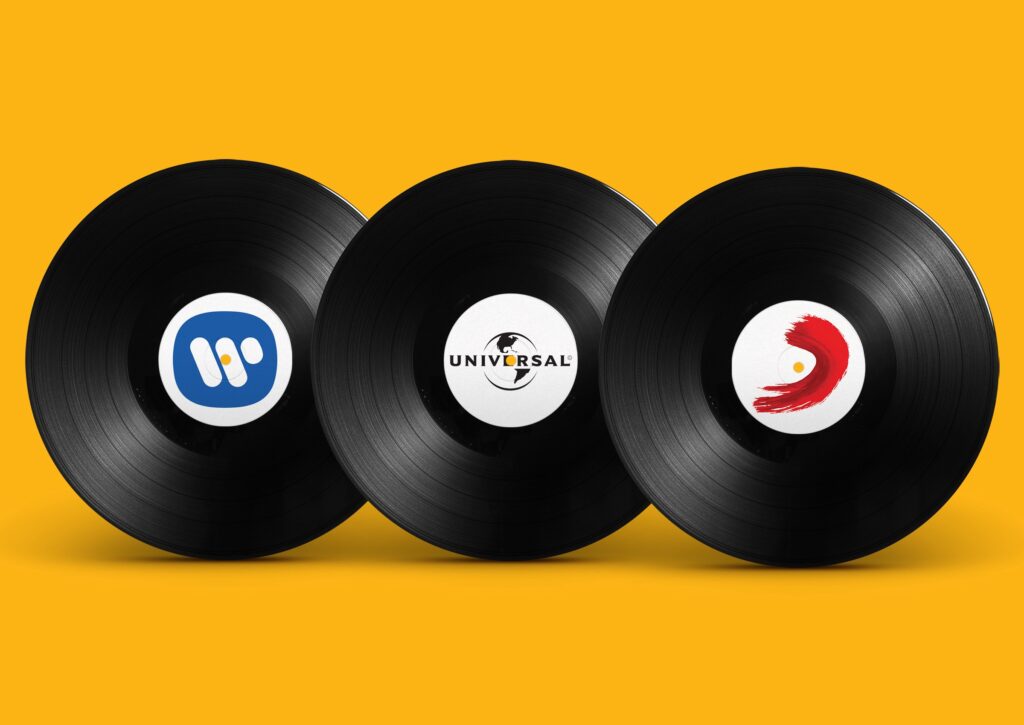 If all the music in the world is split amongst record labels, three labels would get a whopping 70%. Universal Music Group would get 31%, Sony 21% and Warner Music would get 18%. No Nigerian label would end up with anything worth discussing. None.

To properly understand this, try not to think of music as melody, songwriting or crisp production. Think of it as money. According to Hypebot, over 24,000 songs are added to streaming platforms every day. If one song is only worth N1, it simply means there is N24,000 to claim on a daily basis. Of this sum, nearly N17,000 will be split across only 3 record labels. Now, do the math for an industry that recorded revenue in excess of $20.2 billion in 2019 alone.

Music is a package deal – distribution, PR and publishing.

Nothing about music “just happens”. Music gets to you through pipelines and channels. These pipelines work in tranches and they are owned by people. It is an intricate network of relationships. For instance, distribution agreements are usually sorted out before release dates. Visibility is usually guaranteed by playlisting. The better the distribution deal, the more visible a song/artist is.

You must have seen tweets saying “RT for Wizkid, like for Davido” or one of those endless “30BG v Wizkid FC” arguments. That is PR, the crude version. This bit will make you look out for new releases just so you are not behind the trends. In its more refined forms, it’s the reason there are emails from Adekunle Gold every now and then. It’s the reason collaborations are teased and there are strategically placed articles at the Washington Post, Time Magazine or pictures on a billboard somewhere in Times Square, New York.

So, what’s the big deal about Nigeria?

The answer is simple, what isn’t. Information available suggests that market size, talent and existing infrastructure are the key drivers of foreign interest.

Nigeria has a population of over 180 million, over half of this population is under the age of 30. Nigeria also boasts a fast growing music market. More importantly, Nigeria is home to Africa’s biggest superstars. In subscriptions, streaming and views – Nigerian acts can compete on a global scale. There is a market.

According to the RIAA, 80% of earnings in the music industry comes from streaming. In simple terms, there is some need to secure the talent that can guarantee increased streams. According to Rolling Stone, one of the reasons UMG had over 40% of the US market share was its repertoire consisting of 8 of the 10 most streamed acts of 2018. It’s all about finding a competitive edge.

For these labels, Afrobeats is the next frontier. For a business whose primary commodity is available in over 24,000 variants daily, the biggest names must identify high potential targets before others. Nigeria presents a swelling pool of talent to source from. Essentially, it is a numbers game and a question of possibilities. Foreign labels must venture into uncharted territories but minimise risk. The Nigerian industry boasts existing infrastructure that makes local distribution seamless. Investors only need to offer capital to deepen local penetration and relationships to export the sound.

Deal or no deal?

In one way or another, the big three have created a footprint in Nigeria. We find this in Sony’s deal with Wizkid and Davido; Warner with Chocolate City and recently, UMG with Aristokrat Group. Outside this, the Empire-YBNL publishing and distribution deal and Mavin Global’s VC funded expansion are notable mentions.

Nigeria for all intents and purposes is an outpost. For the big three, the goal seems to be profit making, incubating talent and creating a market for the global roster. Sadly, clarity has failed to include strategy. Most of the high-profile artists signed by UMG ended up being big splashes for headlines. Mr Eazi’s “deal” with UMG turned out to be a short term licensing deal.

Labels are instantly wowed by Nigeria’s market appeal. However, the prevailing climate makes it nearly impossible to extract maximum value. Streaming offers a decent revenue base. However, according to Statistica, the Nigerian market has less than 50% internet penetration. It simply means, not that many Nigerians are streaming in the first place. This makes the revenue pool inadequate for both label and artist. The market is rife with disregard for legal agreements.

However, there is some comfort in Asa Asika’s thoughts – “our biggest opportunities are still local”.

It is open season in Nigeria, there are opportunities for a lot of firsts. There is quite a lot to gain from foreign labels. However, we must focus on building our own ecosystems. If these investments fail, it’ll be on us.