How Disney is finding its way into Africa with Iwaju 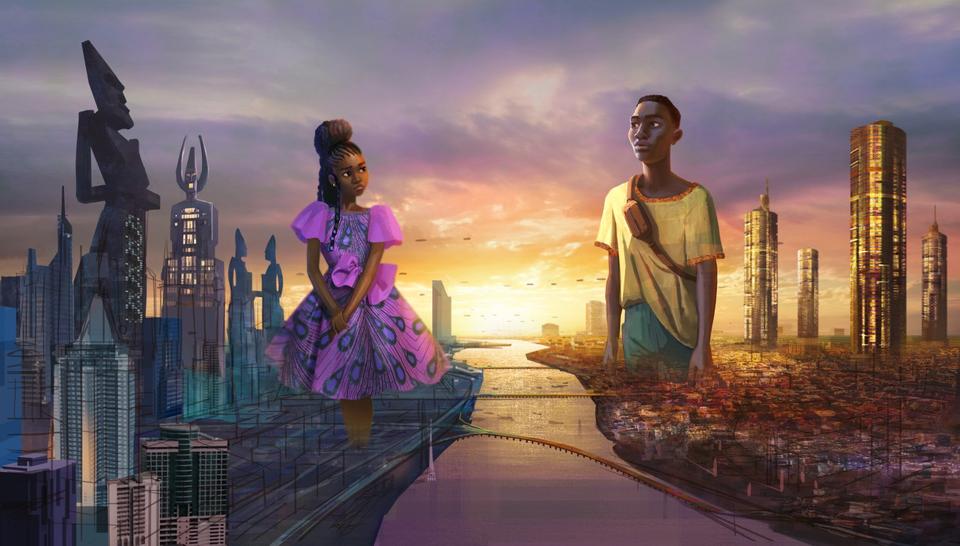 If today, you google “Disney in Africa”, you will find news about goats. No kidding. Go on, try it. You will read about how Disney added Nigerian dwarf goats to the Kilimanjaro Safaris attraction at Disney’s Animal Kingdom. Literally. The reports proceed to explain how the goats are part of a new scene where visitors can watch animals climb and play. This is not bad news. It may be even adorable. However, our article is about everything else you will find – the important, exciting news. News that has the potential of retelling Nigeria’s narrative. To Disney, Nigeria is more than a safari for uncommon species. It is even beyond a faraway, remote TV audience, it is a stakeholder. Nigeria consists of diverse, aware people, eager to tell their own story, ready to contribute to global media.

December 10, 2020, was another Investor Day at Walt Disney Company. The event focused on the Company’s direct-to-consumer streaming services. The webcast featured exciting announcements from Disney, Pixar, Marvel, and Star Wars so less popular projects may have slipped through the cracks. For instance, Disney announced a “first-of-its-kind collaboration” with Kugali, a Pan-African entertainment company to create an all-new, science fiction series. An African series… on Disney!

On their website, Kugali pledges commitment to increasing diversity and representation, one character at a time, and making it possible for more African creators than ever before, to share their stories with the world. Kugali Media was created by three friends from Nigeria and Uganda in 2017. Speaking about their motivations, they explained, “most of what you find out there about Africa is being told by non-Africans, and it was crucial to us that Africans tell their own stories”. Today, Kugali Media is already famous for comics like Kugali Anthology, Lake of Tears, Ukpang, Osita, Nani, and Oro.

Through the entertainment company, Tolu Olowofoyeku, Hamid Ibrahim and Fikayo Adeola created a comic book collection called Iwaju, set in futuristic Lagos, Nigeria’s most popular city. Now, Iwaju, which roughly translates to “forward” or “the future” in the Yoruba language has been picked up as a new TV series by Walt Disney Animation Studios. The story began in January 2019 when Kugali’s founders granted an interview to BBC. They revealed how they hoped to someday take on Disney. Disney Animation Studios’ Chief Creative Officer, Jennifer Lee, stumbled on the article, and ta-dah! The rest is history.

Speaking about Iwaju in a report published in Deadline, Lee said, “Here were three talented comic book artists. Their dream was to bring African stories created by African artists to the world, highlighting the diversity of cultures, histories, and voices across the continent. Their talents as storytellers blew us away. I’m proud to announce the first of its kind collaboration to bring original long for series to Disney+.”

The series will explore “deep themes of class, innocence and challenging the status quo”. Iwaju will embellish Disney as an entirely new story told by new voices, devoid of preconceived notions or expectations. Disney Animation will be benefiting from the depth and diversity of African culture, one it has not explored before. Production is set to begin in 2021, Disney announced that the animated series will premiere on its Disney plus streaming platform in 2022.

Only two years before, Disney had tried to tell some other story. As of July 2018, an African fairytale movie, Sade, was in development. It told a story of an African princess that, through the help of newly-developed magical powers, saved her kingdom. However, the project did not see the light for unknown reasons. Well, for many good reasons, Iwaju had better work out.

Iwaju might just present a way forward for Disney’s venture into Africa. If it becomes a reality and success, more animation movies could be created in Africa. At its launch, Disney plus’s goal was to reach 60 million to 90 million subscriptions by 2024. Last December, it announced that it surpassed 73 million subscribers. It may be set for even more subscribers with an African animation movie. Disney Plus is not officially available in Africa, but an official launch may be here soon.

However, Disney is already making separate moves to ship its content to Africans. In September 2020, the studio teamed up with Nigeria’s FilmOne entertainment to distribute Disney-owned films in Nigeria, Ghana, and Liberia.

34% market share of the film exhibition industry across Nigeria, Ghana, and Liberia belong to Filmhouse, FilmOne’s sister company. Ahead of other distributors (Nigeria, Ghana and Liberia), FilmOne covers 42% of the film distribution sector. They also produced and distributed Nigerian box office hits like “The Wedding Party” and “New Money”. Impressively, they produced or distributed 15 of the top 20 Nollywood cinema releases in 2019. Already, they are among an elite list of agents that license Anglophone West African films to Netflix.

Films produced by Hollywood studios grossed N4.62 billion from Nigeria, Ghana, and Liberia in 2019. According to TechCabal, that accounted for 72.5% of total box office returns in the region. 2019 Disney productions, Avengers: End Game, The Lion King, Captain Marvel, and Alladin were in the top five most viewed films in Anglophone West Africa last year. Accordingly, Disney movies raked in ₦1.6 billion, making up 34.6% of the Hollywood share. The message is clear – screen Disney releases to fill your cinema seats! FilmOne will continue to do just that.

What is more important is how this deal could convince investors and producers to look further into the African movie industry. In 2019, FilmOne Entertainment signed a deal with Chinese media giant Huahua to co-produce the first major China-Nigeria film. In Netflix, Nollywood and the Naira, we were all about Netflix’s expedition into Nollywood. Netflix is working with a $15 billion original productions and licensing budget for Africa. One that will enable Nigerian filmmakers to achieve high-quality, globally competitive productions.

Surely, Hollywood could use some influence from African film content. Authentic influence. As long as the African end stays careful to not lose creative control over our stories. Kugali Media is doing well with Iwaju. Oinnn. Hey Disney, we have original stories to tell, not just goats to export. We too have sci-fi animation, one set in Lagos and titled in Yoruba. We are all about that life, in our special way. We are set to retell our heroics by ourselves.

“Until the Lion tells his side of the story, the tale of the hunt will always glorify the hunter.” Was it Chinua Achebe who said that?