416 movies in just three months. Is Nollywood doing too much? 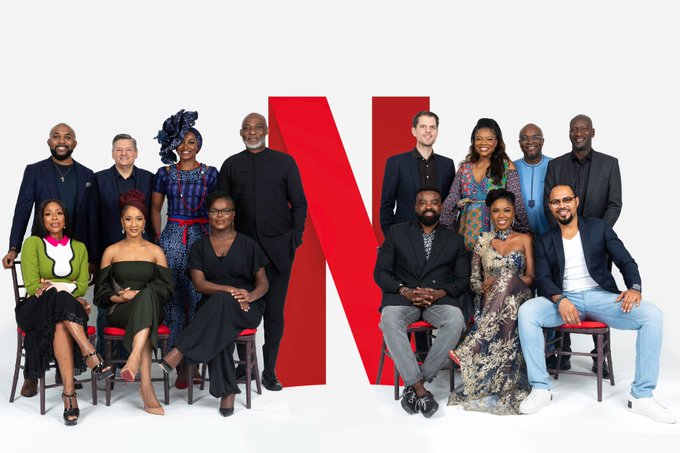 Two weeks ago, while this writer sat at his dining table for lunch, unexpected guests knocked at his gate. He sighed, stormed to the pedestrian door, and there she was. Sweaty, exhausted. She explained that she had a movie to shoot, and she had marked his house as a fitting location. With his kind permission, she would bring her cast and crew in for a few hours. He was confounded. She explained that big movie stars would be around to shoot. As if this news was supposed to convince him. He said a stern no but remained confounded.

Is this how it works? Nollywood producers knock on doors to seek location? Without a budget? Is it by force to make a movie?

While he observed film-making in Lagos, Nigeria, the term ‘Nollywood’ occurred to New York Times journalist Norimitsu Onishi in 2002. Like Hollywood in the US and Bollywood in India, Nollywood captures Nigeria’s film-making activity – its array of actors and its thousands of movies.

In the beginning, the National Television Authority was the sole broadcaster of media content. Nollywood arose from the efforts of actors, writers, directors, and producers who cut their teeth in the NTA environment and who had benefited from state-sponsored training, albeit for television production. In 1992 however, electronic salesman Kenneth Nnebue shot a straight-to-video movie in one month, on a budget of $12,000. Nigeria’s movie industry was reborn. This movie was titled Living in Bondage, and it sold millions of copies.

Previously, we mentioned that the Nigerian film industry is the most popular on the African continent. Nollywood produces 2,000 – 2,500 films a year. Only India has more. In May 2021, the National Bureau of Statistics revealed that 416 Nigerian movies were produced in the first quarter. Yet, it was a lot less than 903, which was the number produced in the last quarter of 2020. 903? Is Nollywood not producing too many movies?

Nollywood has an estimated annual revenue of $590 million. According to Alhaji Lai Mohammed, the Minister of Information and Culture, the entertainment industry contributed N156.5 billion to Nigeria’s GDP in 2018 alone. For sponsorship and partnership, Nigeria offers interesting prospects. Urbanization, an expanding middle class, and a young population contribute to rapid growth in the creative sectors.

According to The Africa Report, Nigeria’s film industry has matured from a high quantity, low-cost model to one where producers are now able to raise capital to produce films on par with their global peers. Revenue has also increased per film. Previously, we noted that Funke Akindele’s Omo Ghetto made a whopping N99 million in its first week. It now holds Nigeria’s box office record for an opening weekend, despite the global pandemic. The film now holds Nigeria’s overall record for domestic gross with N636 million. It is followed by The Wedding Party (N453 million)and The Wedding Party 2 (N433 million).

But we also mentioned that Nollywood faces a myriad of challenges. Piracy is king among them. The World Bank estimates that for every legitimate CD sold, nine others are pirated. Piracy costs Nollywood about $1 billion each year, with bootleg copies of a film often hitting the streets within hours of its release for a fraction of the price.

We said that Nollywood can use more funding. The industry is still plagued by low funding and poor distribution networks. Yet, both the government and institutional investors have not been keen. In Nigeria’s Economic Growth Recovery Plan (EGRP), Nollywood was underscored as a priority sector. The government expected film production to increase by 15% and export revenue to reach USD1 billion in foreign exchange by 2020. Yet, there is still no federal allocation for the entertainment industry. Also, In 2019, only 1.1% or $22M of total African start-up investment went to entertainment companies.

We also noted that actors’ incomes are low. Even the most popular get paid between $1,000 and $3,000 per film (2013). This is a no-brainer, after all. According to the British Broadcasting Corporation, producing the average Nigerian movie costs between $25,000 and $70,000. Films are profitable within two to three weeks of release (because of piracy, as mentioned earlier). Also, they are produced within a month! Why? Low funding and scarce resources. The result of this, however, is a lot of low-quality films lying around the place.

Films are made in Nollywood like they must, with any tools available, adequate or otherwise. The British Council observed that this can mean creating movies in volatile and uncertain conditions, often with incredibly short turnaround times. According to USNews.com, if Nigeria’s film industry is to be summed up in one word, it would be resilient.

Clearly, the industry is quantity-driven. Over the years, this has attracted a lot of criticism. Some have pointed to its budget restrictions, weak plots, and repetitive dialogue. The Conversation correctly highlights the most alarming criticism – fatigue caused my movie overproduction. Movie producers regularly churn out cheap, rushed movies. The industry is characterized by rapid turnaround times, lack of script development, bad lighting and sound, low-budget special effects, and amateur editing.

This does not seem like a situation that will improve soon as Nollywood continues to attract large audiences, leaving investors somewhat satisfied. Second, Nollywood cannot afford to (and should not) create fewer movies for economic reasons. It is the country’s second-largest employer, after agriculture. Hundreds of thousands might be jobless if they weren’t involved in the making or distributing movies, you see. Meanwhile, the World Bank believes that it could create a million more jobs if the industry is adequately managed.

In January 2020, Lai Mohammed confirmed this projection and spoke about the potential of the industry to grow GDP by 2 to 5%. Yes, 416 movies were produced in the first quarter of 2021, but Nigerians spent N360 million on cinema in April, to show for it. The African Union estimates that the pandemic could cost Africa over 20 million jobs. Perhaps, investments in non-traditional sectors are needed more than ever.

The continuous “overproduction” has, however, caused a saturation of the market. Certain directors have therefore had to seek alternatives to produce quality films and distinguish their work. In the last decade, a different marketing strategy has arisen. Straight to video consumption on VCD and DVD has been replaced by a return to the cinema. Also, Nollywood’s new filmmakers are gentrifying movies – creating fewer pieces to suit the tastes of the upper class. Their perception of the creative process seems to have changed – they are becoming quality-driven.

There, therefore, seems to be two Nollywoods – an old one and a new one. Simply, different business models are chosen. Old Nollywood still uses videotapes, low budgets, and quick turnaround time. New Nollywood movies are of higher quality and are accessible to non-African audiences. Red carpet events are organized for their unveiling. Their budgets are higher, and their production cycle, longer.

New Nollywood seems to have overcome challenges associated with low budgets, such as bad lighting, sound, and amateur editing. Even special effects seem to have improved markedly. However, the ultimate challenge remains script development – a believable, refreshing way of telling authentic stories. Chris Obi-Rapu, director of the classic film Living in Bondage (1992), is said to have quipped as follows:

The story is the bedrock, the foundation of every film. A film created from a faulty foundation is doomed, no matter how large its budget is.