Twitter is still suspended. What it means for Nigeria’s digital economy 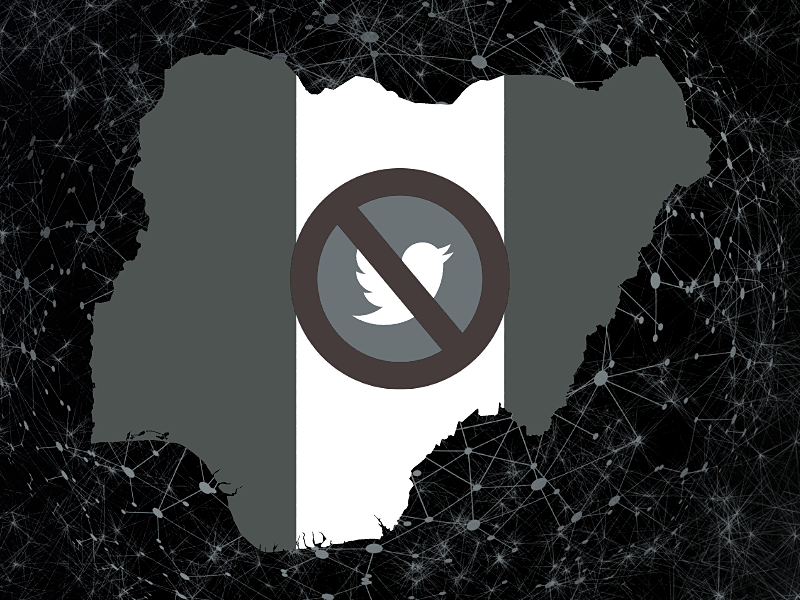 Ladies and Gentlemen, as you already know, Twitter is still suspended in Nigeria. Nigeria’s Twitter ban came two days after the platform took down a tweet by President Muhammadu Buhari. The President had hinted that he would treat IPOB and other secessionist groups “in the language they understand”. Twitter claimed the message had been deleted because it violated its rules against “abusive behavior”. Although no direct connection has been drawn, the ban could be in retaliation.

The Minister of Information and Culture, Lai Mohammed described the rationale as “the persistent use of the platform for activities that are capable of undermining Nigeria’s corporate existence”. The Minister also announced that Twitter is not the only platform the federal government is trying to regulate as the government intends to license social media and OTT operations in Nigeria. This means that foreign social media firms with operations in Nigeria may be forced to register in the country.

Nigerian startups attracted $663.24 million in venture capital last year, the largest share in Africa according to Weetracker. Nigeria has become the most attractive tech hub for investors, especially in the fintech sector. In April, we also noted that the most benefitting sector of Nigeria’s digital economy is fintech. While this economy contributed 14% to GDP in the third quarter of 2019, the fintech sector was it’s most active. Nigeria is home to over 200 fintech companies. This sector raised $600 million in funding between 2014 and 2019. In 2019, it attracted 25 percent ($122 million) of the $491.6 million raised by African tech startups.

Homegrown businesses – Flutterwave and Paystack are two examples of its fintech startups that have secured significant funding recently. Previously, we said that these two companies are enabling online payments for businesses. Flutterwave attracted $170 million for its payment solutions. Paystack closed a $200 million deal with US payments giant, Stripe. Piggybank helps Nigerians save, PayLater and QuickCheck allow users access quick loans.

In April, we said that mobile phone usage offers the most realistic means of digital inclusion. While Nigeria’s internet penetration rate is about 40%, its mobile phone penetration rate is 87%. The Nigerian market is dominated by recycled phones. Also, mobile phone brands like TECNO, Infinix, and Itel are made specifically for the low budgets of Nigerian users. Mobile technology in Africa is its fastest-growing market. Mobile broadband is accessible to two-thirds of the population. Nigeria’s e-commerce sector is Africa’s largest, valued at $13 billion. In Nigeria, mobile phones afford small businesses the means to participate in e-commerce.

In response to significant activity, social media platforms have also prioritized the country. In 2016, the presidency hosted March Zuckerberg on the Facebook CEO’s first visit to sub-Saharan Africa. In September 2020, Facebook revealed plans to open an office in Nigeria, in the second half of 2021. In 2019, after visits to African countries, Jack Dorsey (Twitter’s founder) concluded that “Africa will define the future”.

In May, we told you all about Twitter’s decision to open a regional office in Ghana. Twitter explained that it chose Ghana because the country supported free speech and online freedoms. Also, its appointment to host the secretariat of the African Continental Free Trade Area. While this office will sit in Ghana, Twitter made it clear that its target market in Nigeria. When the company put out job advertisements, it said of its curator positions: “This role is based in Accra, Ghana and focused on Nigeria.” It mentioned that the ideal candidate to occupy the positions “should have a deep, non-partisan, understanding of Nigerian news and politics.” Also, candidates with an understanding of English Pidgin, Yoruba, Hausa, and Igbo, will have an advantage.

We said that it is understandable – why Twitter would work towards catering to the Nigerian audience. Nigeria has the numbers. According to Statista, 28 million Nigeria used social media in 2020 alone. 61.4% of these have active Twitter handles. Meanwhile, as of January 2021, 8 million Ghanaians are social media users. Only 28.78% are registered on Twitter.

There were still questions surrounding Twitter’s decision. Local reactions on the social medium itself immediately pointed to the comparative ease of doing business. Many Nigerians pointed to the seeming commitment of their government to surprising businesses and stifling innovation. We said that these users had examples to offer too. For months, Nigeria’s Communications Commission had barred telcos in the country from selling and registering SIM cards. The week before, the Securities and Exchange Commission (SEC) had asked investment-tech startups to stop foreign stocks to Nigerian investors. The year before, the federal government had suddenly closed land borders, impeding imports.

However, the Minister of Information and Culture, Alhaji Lai Mohammed, blamed “unpatriotic Nigerians” for the decision. According to him, these Nigerians projected the image of the country negatively on social media platforms. “This is what you get when you demarket your own country”, he cried. “This will teach a lot of us a lesson that we have no country other than Nigeria.” In Nation branding: How to market a country like Nigeria (1), we discussed Nigeria’s efforts to market itself.

In Nigeria’s digital revolution is fast, but it can be faster, we noted that Nigeria’s regulatory oversight is still adapting to digitization’s pace. We said that regulation will likely increase as startups, and the disruption they come with, become more mainstream. We explained how regulations pose a threat to innovation. First, old regulations may fail to keep up with innovations in technology and so stunt the growth of the sector. According to the World Economic Forum, Africa needs to balance the perennial demands of fast-moving innovation against the slower pace of regulation. Second, regulators must decide on how to regulate innovation without killing it. Government must resist the urge to control or levy entire value chains. Stifling innovation is ultimately costly.

In Cowrywise, cut soap for us!, we discussed that Cowrywise’s Twitter miracle. In January, the company raised a $3 million pre-series-A round. Co-founder Razaq Ahmed disclosed (on Twitter) that Sahil Lavingia, founder of Gumroad, had joined the round through a Twitter Direct Message (DM). A request for a million-dollar investment had gone down in the DM! Nigeria’s Twitter ban is shockingly at odds with the government’s overt goal of economic growth. Foreign investors will now need more convincing concerning regulatory risks, putting SMEs (small and medium enterprises) and entrepreneurs in another quagmire.

Quartz Africa notes that if the spat between the Nigerian government and Twitter is not de-escalated, the country’s thriving technology sector will suffer. Paradigm Initiative, a digital advocacy organization, but the cost of suspending Twitter operations in Nigeria at $250,600 per hour. Meanwhile, the country is facing socio-economic challenges that technology can help with. About 8.6 million Nigerians were estimated to have fallen into poverty in 2020. The country needs to reduce its dependency on oil exports and improve its infrastructure.