Experts believe #BBNaija2021 sponsorship is a sure win for Abeg App 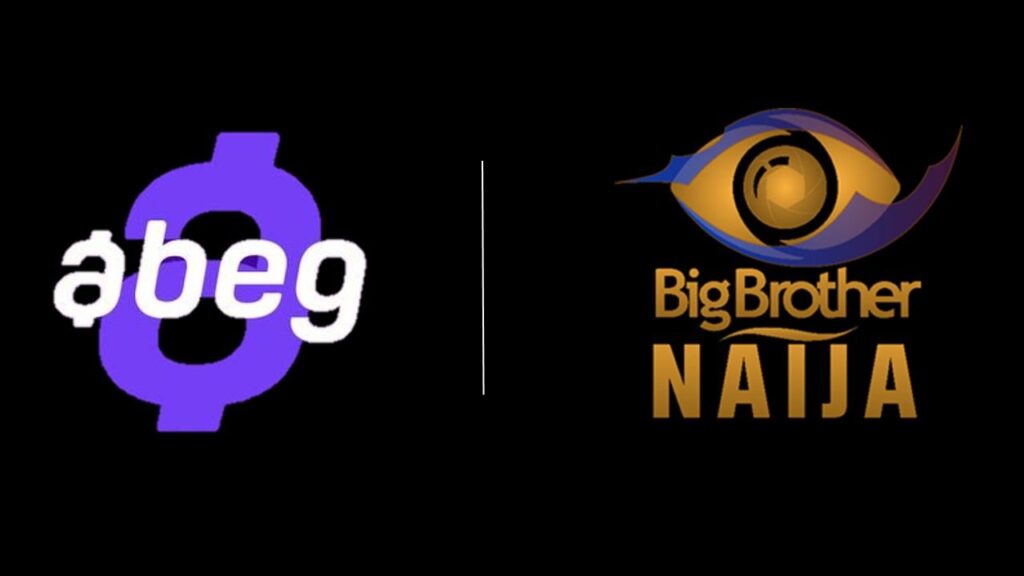 Big Brother Nigeria has returned. And if the #BBNaija ‘Lockdown’ Reunion is a sign, African audiences might just be in for a more controversial, confrontational, in-your-face storytelling. The #BBNaija2021 also comes with a new headline sponsor, Abeg App, which joins Patricia, a cryptocurrency-based payment company that sponsored the reality TV show last year.

The more surprising reveal is the recently launched Abeg, which was announced as the show’s headline sponsor. Inspired by the mobile payment service, Cash App, Abeg is a Peer-to-Peer payment platform that leverages user’s tags to request and send money, with a promise to make “receiving money fun, safe, and easy for millennials in Nigeria”. The company was co-founded by Muheez Akanni, Michael Okoh, and Dare Adekoya in 2019. The app was launched in September last year and generated a buzz on social media for its unique approach to solving fintech problems.

Two months ago, the brand garnered more buzz when it was announced as the headline sponsor of Africa’s biggest reality television show. Although not revealed officially, that carries with it a $2 million invoice to the fintech brand.

A television sponsorship is essentially an opportunity to showcase a brand in a systematic and relatively non-intrusive way. Such slots are bought and managed differently than standard TV ads, with sponsorship deals sometimes locking brands and shows in partnerships for several years before contracts come up for review. The length of the partnership varies, often depending on its intended outcome, which may be to launch a brand, establish authority or drive response and engagement.

TV sponsorship, especially on Big Brother Naija, is a costly exercise – with Bet9ja, Pepsi Nigeria, OPPO, Dano, Heritage Bank, Legend Nigeria, Gulder Beer, Indomie, Munch It Nigeria, MegaGrowth Nigeria, and Darling, shelling out millions of Naira to place their products or ad content on the show. As headliners, reports indicate that brands also get an opportunity for mentions by the celebrity presenter, and online activations on social media and website, including product integration.

Since the announcement, brand experts and media pundits have questioned how  a relative newcomer such as Abeg  could manage to invest an enormous budget in the partnership, and whether it would be worth it. Though launched as a peer-to-peer platform, Abeg’s growth may lie in its adoption by small businesses: neighbourhood restaurants, salons, and mid-sized supermarts that are familiar with their customers.

By last December,  the app had over 5,000 downloads on Google Play Store. The website currently allows users to join a waiting list, while the app appears to have been removed from the app store. The brand’s Instagram bio still says ‘Coming Soon…’, which is probably a reference to the Abeg app. So, while it continues to gain traction among Nigerian youth, there is a massive room  for improvement.

The expected awareness and interest in the app through the reality TV  show has begun with the announcement, with the brand getting plenty of press mentions. These benefits are expected to continue as MultiChoice prepares for the new season of Big Brother Naija But the question on everyone’s lips is how long will it last? Another question is if the investment will achieve the projected ROI?

Among our national focus group, 52% confirmed that they watch the television show Big Brother Naija, and 48% claimed otherwise. The majority of the respondents, about 61%, said that they know about  Abeg – the fintech platform, which 47.6% traced to the partnership with BBNaija. Others (39%) explained that they were not aware of the platform until they participated in our survey.

Whether they would use the app to support their favourite housemates in the Big Brother house this year, only 22% said they would, while 78% said they will not use the app. What about daily personal transactions? 43% said they would consider using the fintech platform, while 56% explained that they would not. This was traced mainly to the higher audience awareness but lower access or limited opportunity to use the app among the respondents.

Even at such an expensive cost for a small brand, 67% of the respondents believe that the partnership with the reality television show is worth it.

The app idea is not entirely original: one of the executives, Adekola, explained that the inspiration for it came from a friend’s tweet in December 2018 about building a Nigerian version of CashApp. For now, gathering a large base of P2P money exchangers is the team’s focus, and Abeg hopes to break through the crowd by doubling down on making the experience delightful and visually relatable.

“The production cost for  Big Brother Naija is actually one of the most expensive, with last season’s figure alone said to be about  N3.5bn,” said Emeka Nwankwo, a communication expert. “But a headline sponsor on one of the continent’s biggest television shows stand to get massive visibility and engagement for (at least) 3 months, including earned mentions across several media platforms. The potential advantages of sponsoring the show are enticing, but brands must consider the options carefully before investing in such projects. For Abeg, it clearly ties with its core demographic and aligns with its target audience, and the ad creatives will be sufficiently engaging for the audience. Across the board, one has to expect a win for the brand this year”.

A previous study commissioned by Thinkbox suggested several ways that brands benefit from sponsoring popular TV shows. Analysing 300 participants, the study found that viewers of a TV show were more likely to regard the sponsoring brand as popular or successful than non-viewers, by 78% to 68%. This was described as “costly signalling”, where TV sponsorship is understood to be expensive and signals success. This could also benefit the Abeg brand, especially for a relatively new company to the fintech industry.