This year’s BBNaija may be the most boring according to viewers, drama may just be what it’s missing 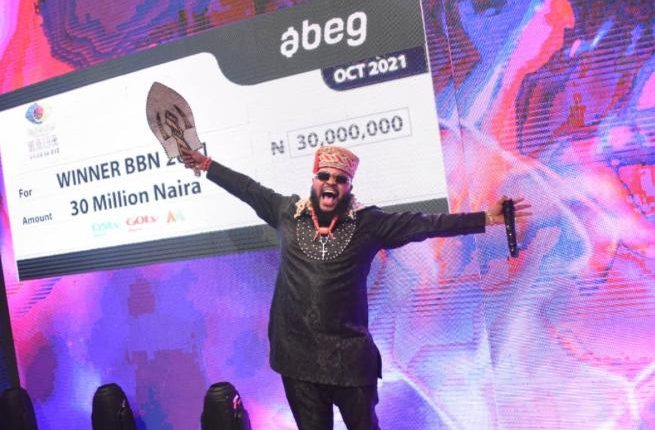 At the finale show of this year’s Big Brother Naija tagged Shine Ya Eyes, Chief Executive Officer of show maker MultiChoice, John Ugbe, revealed that the show has yet again broken a record in a year on year streak of record-breaking. The 6th season of Africa’s biggest TV spectacle recorded over 1 billion votes throughout the show – 1.3 billion to be specific – a sharp jump from last season’s record-making 900 million votes.

The just-concluded season, Mr. Ugbe revealed, is the show’s biggest yet. Fans and pundits, even despite massively engaging the show and following it to conclusion, have however shared that the season may well be the most boring yet. At one point, Nollywood actor Uche Jumbo took to Twitter to talk about how boring the show had been this year with tons of fans agreeing with her.

The biggest yet. The most boring yet. Two seemingly opposing conclusions describing the same phenomenon. Except they don’t have to be opposing if you are looking at the pattern.

From the first iteration of the show in 2006, in which Kaduna born filmmaker Katung Aduwak emerged winner, to the more recent and much more revamped versions of the show that began in 2017 with Big Brother Naija See Gobbe where Efe Ejeba emerged as the winner, if you look closely you begin to see a pattern.

There is often the underdog – who is loved and affirmed loudly by Nigerians enamoured with any grass to grace story – Laycon comes to mind. There is the hothead who is usually scorned and who nevertheless makes a strong showing in votes week after week, to the expressed chagrin of annoyed Nigerians online – CeeC remains a solid example of this. Then there is a host of almost supporting side characters who while actively playing to win the grand prize are rarely seen outside the play of other more screen-commanding fellow housemates – Nina in relation to Miracle all the way to the Finale of Season 3 embodies this.

All these, the penchant for a story of coming from nothing to ‘blowing’, desiring the punishment of a housemate considered too loud, proud, or vulgar yet somehow they are rarely ever punished will make you wonder what Nigerians really want.

If Tacha’s too real, fire for fire persona did not lose her fans but made her the contestant a lot of viewers believe deserved the crown, and arguably the most successful housemate out of the Season 4 Pepper Dem set of BBN housemates.

If Laycon’s humble persona won him the show’s biggest win to date at 60% of finale votes cast.

It begs the question, is it unfettered drama – the kind that inebriated Erica Nlewedim unleashed in last year’s Lockdown – what Nigerians want, or the kind of slow-burn – wake up, eat, lounge, gist, play, eat again and go back to bed – cycle that this year’s show was?

The answer to questions like this is rarely black and white – this or that. A Culture Intelligence from RED survey confirmed what we suspected.

We sought to establish what moves Nigerians when it comes to this beloved show, and by extension other TV content. Is it drama – maybe a few people throwing some punches or drinks while some strong words are hurled from one person to another? Is it flat daily-life-like content that while nevertheless enjoyable will likely not stir much excitement? Is it emotional backstories and on-camera expression?

85.7%  of our 24-35 years old respondents will go for unfettered drama over anything else, while 14.3% don’t mind life-like entertainment that doesn’t give them an adrenaline rush.

The voting pattern appears consistent with their choice of favourite season of the show so far, with 43% choosing Season 4 Pepper Dem as their favourite. A season that remains memorable for the amount of chaotic drama in it. 28.6% chose Season 2 See Gobbe, another memorable season both because it marked the return of the show after a decade’s hiatus and the drama that unfolded including the sexual violence scandal that happened on live TV.

The just-concluded season received only 14.3% approval rating from our survey tying with last year’s Lockdown – whether that is because both seasons exist on the same trope of grass to grace story or due to some deeper issues that further survey should reveal is unclear.

One thing is however clear as day: Nigerians love drama, and however much they profess otherwise, your strategy should be to give it to them and watch the success keep rolling in.

The BBNaija team will do well to keep that in mind for subsequent seasons to prevent the franchise from becoming what a viewer described as a “failed social experiment.”