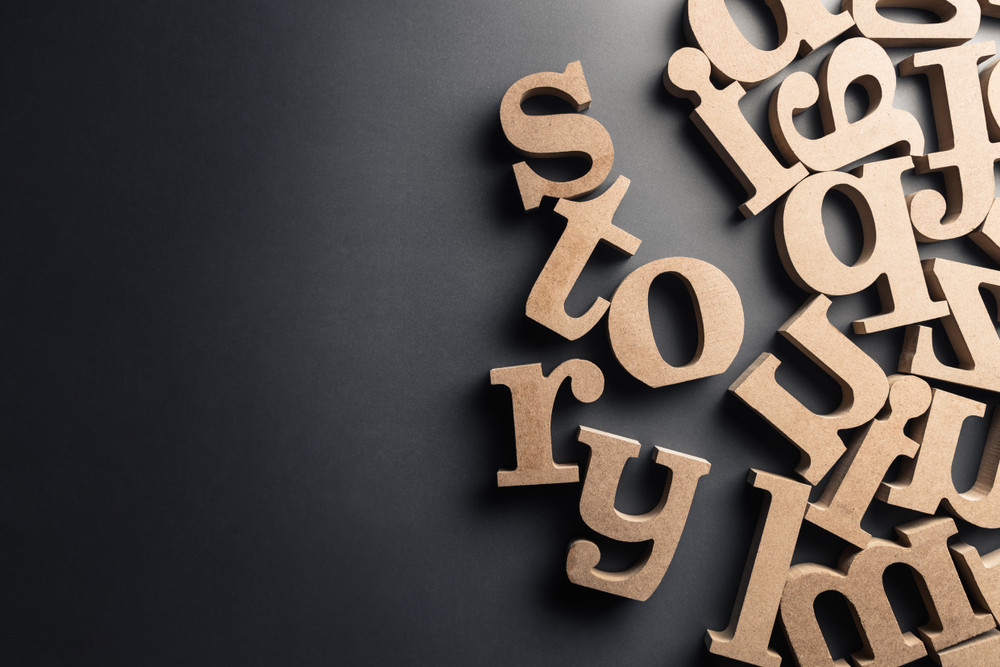 The board game Android Netrunner poses an interesting premise as its core gameplay: what would happen if the world was ruled by global corporations? The story it paints is at turns dark and horrifying. Invasive technology harvests private data, using it to force ads on helpless consumers. Avarice is unrivalled and companies routinely force people into debt and then punish them for said debt. The government is non-existent, puppets of the wealthy and influential people who rule at the top of these corporations. Corporations have no problems lobotomizing customers or utilizing ‘scorched earth’ tactics towards lone renegades who seek to weaken the corporation’s powers. The idea that businesses can grow too big, and wield too much power for evil is surprisingly a very common one, propagated through all kinds of entertainment media including films, YA novel series, afrofuturist rap albums, video games, and conspiracy theory forums to name a few.

For a long time, this was a distant timeline, hard to imagine in our real world before the industrial revolution. Today, corporations have grown so astronomically, these businesses and the wealth they own is so vast, distrustful abstraction is the only way we can make sense of it. Many of these corporations spend almost as much money on public relations, as they do on other aspects of their business, because of the intense distrust decades of indoctrination via media has created. Jeff Bezos, the CEO of Amazon spent an estimated $11 billion on advertising in 2019, an amount that has done nothing to counteract the scandal that erupted when he was accused of infidelity by a tabloid, and has done little to correct the villainous image projected on him and his business. Mark Zuckerberg spends just as much on Facebook, and yet is constantly ridiculed as a humanoid robot, whose business innovations are dismissed as predatory. It has taken too long for corporations to catch on, and now, the usual tools for correcting these misconceptions are almost as mistrusted as the corporations.

A pandemic presents a unique situation for corporations to pick a side and model how they want to be perceived by audiences. It is an act of God, an event so cataclysmic, even the wealth of influence of corporations can do little to prevent or influence it.

Pandemics by nature, warp every aspect of society. They force accelerations and mass adoption of technology, which in turn changes social interactions. But when they are mismanaged, they can cause massive disruption to public life and lead to unprecedented deaths. It is on this stage that we see how storytelling can make or mar a government response to a global health crisis. They are also a stage for global corporations, to manifest this wealth and influence on behalf of the individuals whose labour, personal data and consumer habits created and sustains this wealth.

Technological advancements have always been championed by private interests and regulated by government. This model replicates itself across the world, and corporations and governments are constantly navigating how much power to cede. Pandemics force governments and corporations, who have very different objectives, to work closely together. The results of this necessary collaboration can be beneficial or destructive.

The Trump administration is a curious prime example of how interference from private corporations can accelerate a disaster. In the middle of a political crisis and preoccupied with regaining public support ahead of elections in 2020, the American government chose to downplay the severity of the Coronavirus pandemic, crafting a narrative that branded the World Health Organization (WHO) as a villain seeking to undermine the autonomy of the average American citizen and destabilize its government.

Using the many lapses the WHO made in its early handling of the Coronavirus, the USA’s presidency successfully discredited the WHO as a propaganda tool of the Chinese government, a longtime rival of the United States and the country where the pandemic had originated. The US government suggested the Chinese government had significant influence over the WHO and weaponizing that influence and suggested it was leaving from the WHO, in protest of its policies. It also discredited its most influential health professional, the director of the CDC Dr. Anthony Fauci. These actionsallowed for the United States response to the pandemic to be hijacked by influential private corporations, many of whom had incentives to discredit a Coronavirus pandemic response that encouraged social distancing and other preventive measures.

What is largely left unsaid, are the accusations that big businesses, like aviation, travel, leisure and construction conglomerates had pressured the US government across several levels into easing lock downs during disease surges. They are also rumoured to have pressured the US government to cushion the losses to their businesses via bailouts, which originally should have gone to ensuring families could live comfortably through a prolonged lockdown. Many American corporations have recorded unprecedented profits (worth about $567 billion) in a period where all other businesses have suffered because of this influence.

On the 28th of February 2020, Nigeria officially recorded its first case of the Coronavirus pandemic. Patient zero had flown in from a holiday in Italy, which at the time was experiencing a surge of infections and moving to close its borders and institute massive restrictions. That first infection would double to the over 45,000 officially diagnosed infections the country has recorded today. Unofficially, health professionals predict the actual numbers are between five to ten times more than the official infection count.

It provided an opportunity for Nigeria’s homegrown and expatriate corporations to show that their collective wealth and influence was more than a tool for oppression, a view that has been reinforced by price hikes from corporations, the perceived impunity of oil extracting and oil refining companies in Nigeria and the misinformed but persistent backlash that foreign corporations like Multichoice Africa face most of their economic decisions.

The Coalition against Covid-19 (CACOVID) outlined clearly it was putting its wealth in service of the citizenry through a fund where each corporation made a donation of 1 billion naira, and through a comprehensive storytelling campaign, showed transparency in how the money was used in service of the average citizen through palliative packages and isolation centres built across the country. By trusting RED | For Africa’s 15-year experience with pan-continental storytelling campaigns and its many political and corporate successes, CACOVID was able to model accountability by publicly acknowledging defaulting member corporations, making public virtual tours of the facilities where infected patients were isolated and treated, and gave the NCDC, the point organisation for interventions free rein to direct how the CACOVID relief fund was deployed.

The Federal Government and the Federal Ministry of Health funneled their interventions through the NCDC, which routinely reminded citizens that it was an advisory organisation and did not have the funding or autonomy to make any executive decisions on how the pandemic was being handled. There was a void which the Nigerian corporations could have occupied and used their wealth to influence proceedings, but largely they were model partners, a gesture that has earned them significant goodwill across consumer demographics across Nigeria and an audience with the government.

1. Get the buy-in of government collaborators

In most countries (including Nigeria) where a successful response to managing public panic and mass mobilizing citizens occurred, there was almost universally a collaboration between the government and corporate organisations operating in those countries.

“In the midst of massive natural or health disasters such as the global pandemic we are currently fighting, it is necessary for citizens, both individual and corporate, to come together in the public interest,” said Iyin Aboyeji, co-founder of Andela and Flutterwave. “It was inspiring to see the efforts of private sector led groups like the Citizen Action Group and CACOVID amongst others to co-ordinate with government to educate the public, control the outbreak, and provide treatment to the infected by generously deploying their assets to save lives and reduce economic losses.”

Corporate organisations are optimized to communicate with mass audiences, either through advertising, marketing or native influencer networks. Their reach makes them an important ally in any government initiative that will require large groups of people to act in the interest of one another.

By convincing the government to step aside and allow CACOVID, Nigeria’s corporate response to the pandemic weave the storytelling narrative around the handling of the pandemic in exchange for funding to build these isolation and treatment centers, all parties involved were able to win.

2. Sophistication is great but simplicity works just as well

The main push of the #TakeResponsibility initiative was convincing the average citizen that the pandemic was real, and that individual responsibility would have a significant impact on how the government and the NCDC managed the spread of the pandemic. Olayemi Adesina, chief technology officer at RED | For Africa has run many sophisticated campaigns for high profile clients, but asserts that the simplest methods often yield the most results.

“Technology is privilege, and especially when reaching mass audiences, we must balance our privilege with simplicity. It was the SMS that the NCDC sent, not their expensive video ads or multimedia tutorials that became ingrained in the consciousness of the citizenry, persuasive but non-intrusive is the standard for government communications.”

Volunteers were recruited and multiple media channels such as WhatsApp broadcasts, paper flyers, SMS blasts and radio jingles were deployed to teach citizens how to protect themselves against the pandemic, but more importantly what to do in case they caught the virus. By focusing on low-cost, high return communication channels, physically enforcing social distancing, personal sanitation and lock downs and supplementing government palliatives, many of the partner corporations were able to educate and encourage low income citizens who would be disproportionately affected if they were to contract the virus to adhere to government directives.

3. What you don’t say is just as powerful as what you say

Corporations learn very quickly when employing storytelling narratives that not all information is good information, and even good information might not be timely. Learning what to share and when to share it is vital when you seek to connect with and influence mass audiences. It provides great sleight of hand and can offer important reprieves to an already burdened system.

Corporations who were in charge of the isolation centers in Nigeria, in collaboration with the NCDC chose to focus their storytelling on prevention and recovery rather than the virus itself. Beyond informing citizens about how to contact the NCDC and request for testing, there is little official information that details the many steps that an infected person must go through before they are cleared and discharged. This is deliberate, there is a pandemic of self-medication in Nigeria and withholding information was to ensure citizens were discouraged from self-medication. Though it is easily accessible knowledge how many spaces are available in the isolation centers, omissions about isolation capacity in media communication from CACOVID kept the focus on prevention and personal responsibility rather than, rather than treatment.

There are many lessons to learn from how corporations in Nigeria have worked to support and advance government initiatives in controlling the spread of the Coronavirus in Nigeria, through action and progressive storytelling. The pandemic is far from over, but Nigeria, thanks to CACOVID and many other initiatives has successfully refuted many of the negative predictions that suggested the pandemic would ravage the continent. The pandemic has been a boon to the collective public image of private corporations in Nigeria, and with the right storytelling consultants and directives, there is a still a lot of ground that can be covered and negative impressions that can be corrected.