Still coping with pandemic? Marriott Inc wants to transform you through the ‘Power of Travel’ 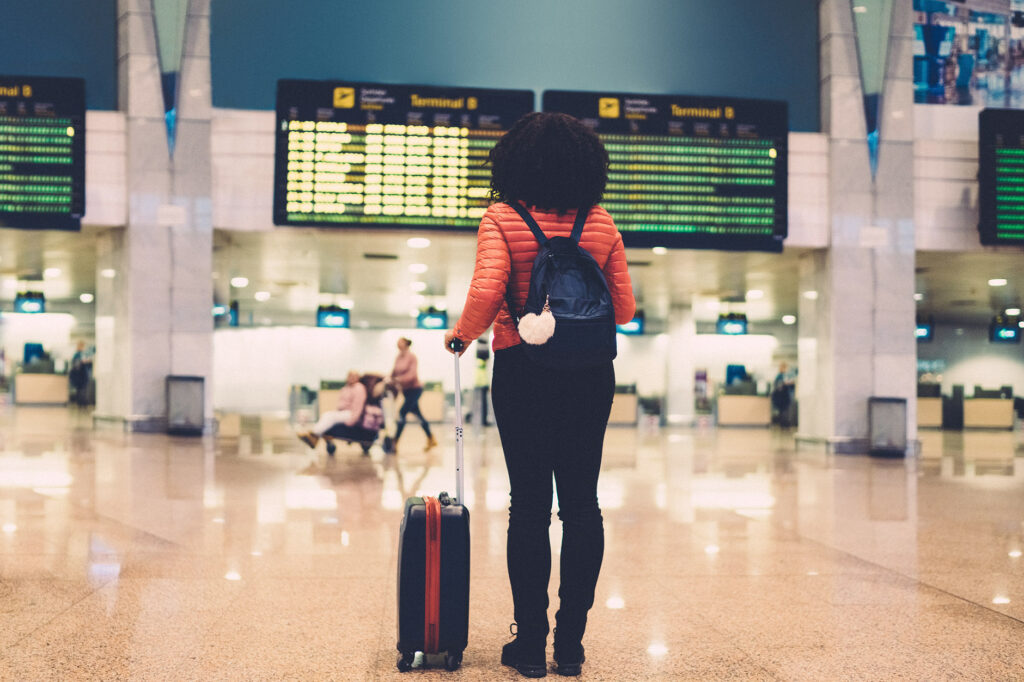 When the coronavirus hit the world in 2019 and ultimately led to a global pandemic and nationwide lockdown in many countries, the panic was beyond the fear that the Tokyo Olympics wouldn’t hold anymore in 2020. For many, it was mostly about the expected restrictions, and how we would have to learn to survive while limited to the comforts of our homes, our smartphones and, maybe, our family.

While the pandemic, at its peak, led to the temporary discontinuation of travelling and touring, customers definitely found a way to share memories and connect globally. No doubt that all hands were on deck, services were created to ease the panic, satire became apt for even serious issues, and protocols were temporarily discontinued even on some social media platforms aimed at connecting people globally. Tours and art exhibitions became virtual, and technology has grown to become man’s best friend during the lockdown.

Popular dating platform, Tinder, was one dating site that went ahead to take users on a ‘tour’ of other countries in the context of finding love and networking with its Tinder Passport feature. Using the Tinder Passport which is originally a paid feature, users can connect with people globally and can change their location to fit the location they are hoping to find love or whatever. If you wanted to squash boredom momentarily, then the Tinder Passport would be quite fitting. But nothing can replace the excitement of boarding a plane and going to New York to tour the famous Times Square but with the fear of the virus, the future of tourism and travel became well threatened.

With the rollout of the COVID-19 vaccines, it now appears that there is hope after all. Since the threat has not fully disappeared, stakeholders in the travel and tourism sector are now burdened with the task of revitalising and reintegrating people – sadly, this isn’t an easy thing to do for an issue as deadly as COVID-19. Marriott International, Inc. an American multinational company, largely involved in travel and tourism including hotel, residential, and timeshare properties, may have found a way to reintroduce the culture of travelling to people with its Marriott Bonvoy’s 2019 global campaign.

The Power of Travel

One look at the 60-sec ad – which originally aired on TikTok – one can quickly grasp the message. Marriott wants us to travel again, and again! The campaign aims to remove the cabin fever and isolation experienced by all those who are enduring the pandemic due to travel restrictions and the fear of the virus. The ad touched on the excitement that comes with travelling and not just the physical excitement that was embellished throughout the video – you can honestly feel the spiritual and mental excitement just from watching the video.

It is quite typical for stakeholders in the travel and tours sector to play on the physical excitement that comes with travelling. But Marriott, over the years, have come to understand that travelling goes beyond that. For Marriott, travelling can be a pathway to growth, healing and to foster unity. We can extract the same from its 2019 ad campaign ‘Let your mind travel.’ With the ad, we learn that even when we are not travelling physically, our minds can. And when that happens, we get inspiration for anything.

The campaign video aired during the NBA Finals and also during the Tokyo 2020, which the brand disclosed as symbolic: The Olympics are “the world’s biggest stage for global unity and connection”. Marriott also released an eight-part video series earlier before the premier on its YouTube channel, showing 15 seconds of selected scenes from the campaign video. Each title also followed the format “Travel Makes Us _____”, with different variations of the emotions that the brand said it wanted to evoke. Marriott also harnessed the ubiquity of social media channels, inviting people globally to join the conversation and connect with one another by sharing their memories of how #TravelMakesUs on Instagram and TikTok, with hopes to reignite the spirit of travel.

Brian Povinelli, senior vice-president of brand, loyalty and portfolio marketing at Marriott International said: “We really wanted to send a message of the power travel can have in exposing people to new things, immersing them in new cultures, opening their minds and expanding their empathy to different things that maybe they don’t find in their own little corner of the world”. The campaign video was heavily promoted after it dropped on June 24 through June 28.

For the campaign, Marriott invited TikTok users to share personal travel stories using the original sound from the campaign commercial. The brand tapped 27 influencers, including @lianev, @visitearth, @voyagefox, @renaemalone and @travellingtuesdays, to kick it off using the hashtag #TravelMakesUs. Their content dropped on their respective pages June 24 through June 28.

The campaign ad also leveraged the fact that it is now becoming a social trend for people across several generations to travel. A recent study from Morning Consult reveals that 38% of adults who expect to travel this summer said they’ll use social media to help plan their trips, including 54% of millennials. Meanwhile, 49% of Gen Z adults and 50% of millennials follow at least one travel influencer on social media.

Why does it work?

According to the hotel chain, the campaign tagline “Where Can We Take You?” seeks to evoke not only the physical destinations, but the personal and spiritual destinations travel lifts people to. Through this campaign, Marriott hopes to encourage the world to embrace the power of travel as a vital pathway to growth, healing, and unity. With the ad video and the social media campaign, the #Travelmakesus on platforms brought a sense of unity all together that the world needed as we slowly reintegrate with the realities of the pandemic.

According to the brand, a year of isolation and separation has reopened societal wounds that left people across the world feeling more distant than ever. And with this ad comes a renewed sense of purpose of not just to escape but to discover each other as the world slowly begins to reopen.

The campaign was managed by AOR Ballantines PR Agency and 72andSunny. AOR Ballantines is a public relations firm and has managed public relations for Marriott International, Inc. since 2015. 72andSunny is an advertising agency with offices in Los Angeles, Amsterdam, New York City, Singapore, and Sydney. Founded in 2004 by John Boiler, Glenn Cole, Greg Perlot and Robert Nakata, 72andSunny has been a subsidiary of MDC Partners Inc. since 2010.