Outrage marketing is high-risk and high-reward but is it a good fit for your brand? 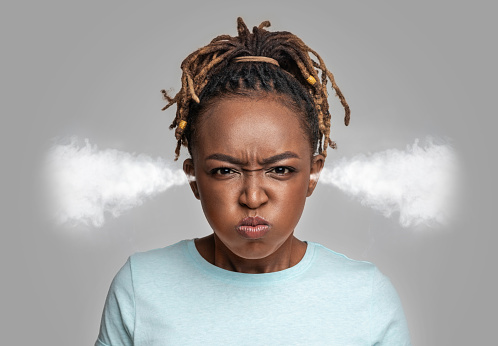 Picture this: A boardroom in chaos, voices overlapping one another, ties loosened, and tissue box half-empty from all the sweat that needs to be wiped as one expert after another struggles to come up with a fix for a media firestorm threatening to engulf a business. It is just another day in brand image crisis management.

In an age of raised consciousness, it is easy to carefully craft a brand campaign, proudly release it into the world expecting a positive response from your target audience, only to wake up to a deluge of outrage on social media because someone missed a thread of nuance that results in offending the sensibilities of people.  Many brands have found themselves in a similar situation at some point in their history. Ask Puma, Budweiser, or just any major brands.

But outrage isn’t a single-edged sword as recent trends show, advertently or otherwise. Outrage marketing is alive and kicking, and if you know your audience it may very well be the surefire way for your brand to work up a storm and be the eye of that storm, riding the current to position itself in the hearts and minds of the right market target.

Outrage marketing: what it is and why it works

Like the name implies, outrage marketing (also known as shock advertising) milks people’s outrage to either push a brand’s product, promote the brand, or annex a targeted demographic for the brand.

According to Wikipedia, shock advertising “is a type of advertising that “deliberately, rather than inadvertently, startles and offends its audience by violating norms for social values and personal ideals”.

This marketing strategy falls under the umbrella of Viral Marketing, which any PR expert worth their salt will tell you is vital in an age of high-speed internet and social media proliferation.

Another thing a PR expert worth their salt will tell you is that wielding the right human emotion – be it outrage, nostalgia, or tenderness – remains an indispensable advertising tool.

Outrage marketing works because of this simple truth.

You take something that matters to your target audience – say police violence. Choose which way you wish to hedge your bet depending on your campaign’s goal – do you want to stand with people outraged by it or with the establishment trying to maintain the status quo? Then you craft your campaign and unleash it into the world. Sit and watch the outrage funnel take its course.

Here is what to expect with your rage stirring campaign:

1.      The release: The moment you release your ad is important. The platforms you choose to release it are also important. An ad crafted to challenge traditional gender norms or marriage for instance stands to milk more outrage if released on Facebook rather than Twitter.

The upside of outrage marketing if done well – as with the umbrella viral marketing strategy it falls under – is that it finds its way to places you didn’t even plan for it to be. Your ad will eventually make it to Twitter and everywhere else if it stirs enough of your target audience who will aggressively share it to either express their outrage or appreciation of your brand’s sense of dark humour.

2.      Interaction: Your audience interacts with your ad by sharing it and discussing all the ways it made them feel – angry, annoyed, brought a tear to their eye from laughing, everything counts. Your brand is on the timelines, tongues, and hearts of people.

3.       Promotion: If you stir up a big enough storm your ad won’t just be talked about on social media, it will become a piece of news carried by many news platforms. That’s hundreds of thousands of Naira’s worth of promotion at no extra cost to your brand.

4.      The end result: You win or you win. The attention you garner from your campaign can gain you new customers or lose you customers – the latter is especially likely if you have a history of shoddy reputation.

Think of this marketing strategy like you would an investment car. High-risk investments have high returns and outrage marketing is high-risk so the return if properly nailed is high and if not the fallout could be just as big. Take the case of sports betting brand Paddy Power and that of Puma.

Paddy Power is a UK brand renowned for its penchant for controversy. They admit this themselves.

In a post explaining a controversial 2015 world cup ad, the brand writes:

“Over the years, we’ve got up to some things at Paddy Power which raise eyebrows around the dinner table at the in-laws. We’ve been chased by cops around the Vatican (2005), faked some deforestation of the Amazon (2014), and somehow helped Nicklas Bendtner score twice against Portugal, fuelled by PP Lucky Pants under his shorts (2012). Good times.”

The campaign called ‘England Till I Dye,’ was a video of a polar bear spray-painted with a red St. George’s cross. People were outraged at the exploitation of an endangered animal and the ad exploded online.

After the online explosion of outrage, the brand revealed that it was done with CGI and the polar bear (a rescued animal as it turned out) was not harmed. Their motive for the campaign, they revealed, was to raise donations for Polar Bears International. Outrage wielded well.

In April 2018 Puma held a promotional party called House of Hustle which was widely criticised for glamorising drug dealing and for crude class tourism.

According to Dazed magazine, invitees were sent a Puma shoebox filled with fake £50 notes and a business card that instructed them to “turn on the trap line” – a burner phone that, when switched on, came with the message: “Yo G what u sayin today? Pass tru the House of Hustle.” The party had “blacked-out windows and dirty mattresses strewn on the floor”, said the report, because nothing says “buy some trainers” like addiction, misery, and squalor.

Puma eventually issued a statement saying any connotations of illegal activity were unintentional.

If your brand is not risk-averse, with the right team of experts at your decision-making table you can craft and deploy successful outrage marketing ads that will make you stand in a league of your own.

It may just be the magic touch your brand needs.