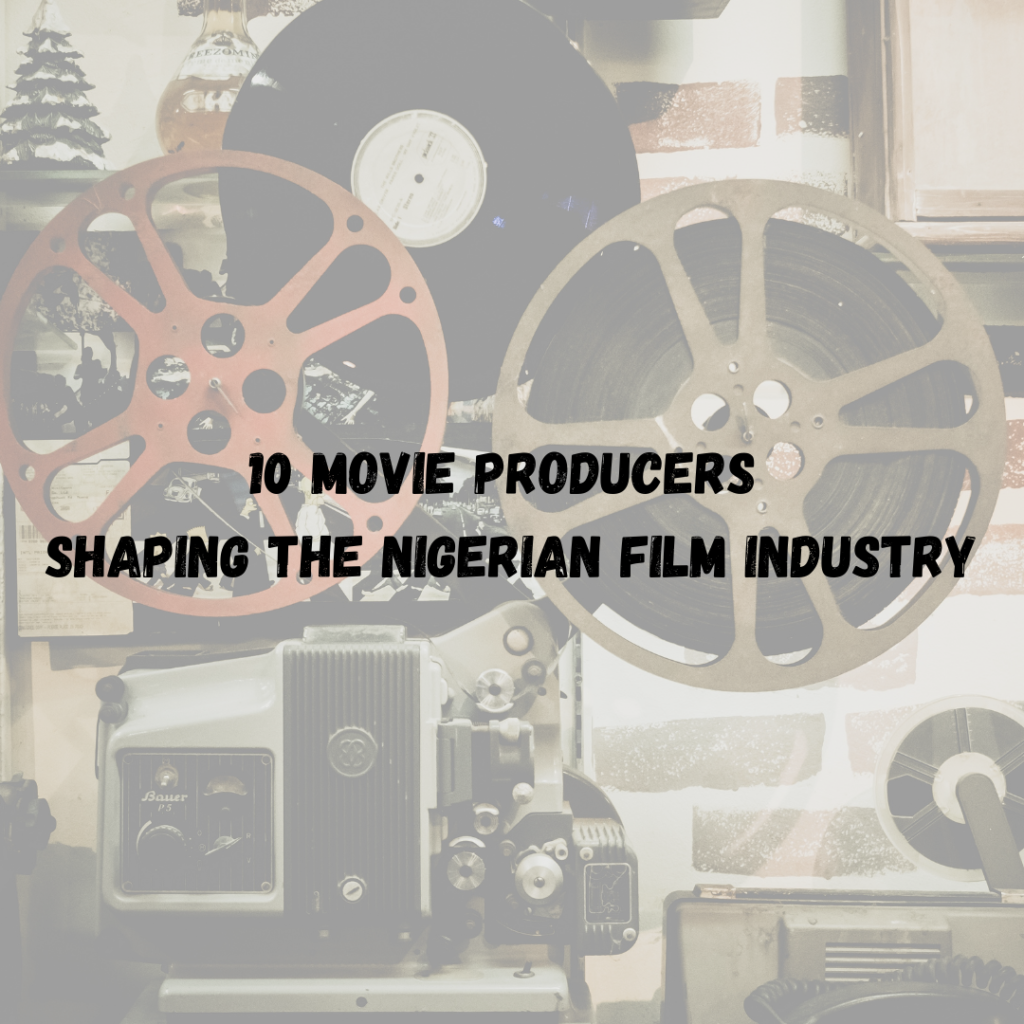 Call the producer of any film the catalyst of that production. The producers begin and end the production cycle, from pre-production to release, marketing, and distribution. They are at the heart of a film, including the financial, practical and creative aspects.

Before now, most people have no idea what film producers actually do and do not even check the crew list at the end of the film. It was the inkling that a producer only pumps in the money and watches the film unfold. But, gone are those days. Now, we understand the indispensability of a producer.

We now know producers who are more popular than actors because they have helped tell the greatest stories. And, even a pandemic cannot stop the capacity of producers, this is why we listed these producers who can help tell your story and reach a larger audience:

Adekunle “Nodash” Adejuyigbe, is a Nigerian Film Maker, and Producer. He has served as a producer and executive producer for several documentaries and commercials for international organisations and is considered one of the most outstanding directors and one of the most sought-after cinematographers of the New Nigerian cinema.

Charles Osa Igbinovia, commonly known as Charles Novia, is a Nigerian film director, producer, screenwriter, actor, social commentator and essayist. Born and raised in Benin City, the capital of Edo, Novia is known for films such as Missing Angel, Caught in The Middle and Alan Poza.

Chika Anadu is a Nigerian filmmaker best known for the film B for Boy. She has also written and produced several short films. Anadu’s films are known for tackling issues of gender discrimination and cultural pressures surrounding tradition in Nigeria.

Eddy Young is a Nigerian filmmaker known for his debut production film Kasanova that became a box office success as the highest grossing Nigerian film in September 2019. He was recognised by the Ooni of Ife Oba Adeyeye Enitan Ogunwusi, Ojaja II in 2020 for his contributions in the Nollywood sector.

Emem Isong is a Nigerian screenwriter, film producer, and director. She has become known primarily for films in the English language, and is a dominant figure in that industry. Her second directed feature, Code of Silence, which deals with rape in Nigeria, was released in 2015.

Fidelis Duker is a Nigerian filmmaker, writer, event organiser, columnist, public relations consultant, social critic/commentator and politician. He is the festival Director of Federal Capital Territory (Abuja) International Film and Video Festival. Fidelis’ wholesome knack for innovation is what gave birth to the annual Federal Capital Territory (Abuja) Film Festival, which has attracted thousands of filmmakers in the Diaspora over the time. He has been in the Nigerian movie industry for the past 23 years.

Gloria Olusola Bamiloye is a Nigerian dramatist, film actress, producer and director. She is a co-founder of Mount Zion Drama Ministry. She has been awarded City People Movie Lifetime Achievement Award.

Mary Nnenna Njoku (also known as Mary Remmy or Mary Remmy Njoku) is a Nigerian actress and film producer, and Director General of the award-winning Lagos-based film house, ROK Studios, in Nigeria, which was acquired by French TV giant, CANAL+ [1] She produced and starred in Thy Will be Done, Husbands of Lagos.