Nivea’s #BreakUpWithHarmattan campaign: Leveraging on the usual and mundane 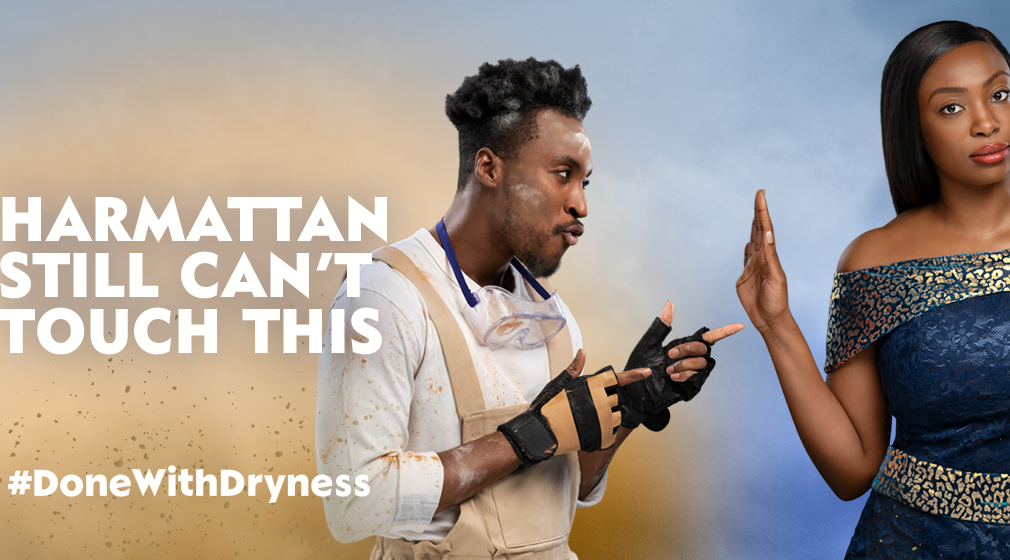 Everything begins with an idea. A widely successful marketing campaign, capable of winning over a massive amount of new consumers, begins with a simple idea. The idea for Nivea’s #Breakupwithharmattan campaign is a direct yet thoroughly effective one.  The campaign idea takes up the term ‘break up’, expands it, and applies it to humans ending a ‘relationship’  with dry skin.

The extensive campaign kicked off in Nigeria toward the end of last year, the period in which the harmattan season was expected to commence. It featured a video series, billboards, promoted social media ads and strategic educational articles. Nivea ran copies like “Harmattan can’t touch this, #breakupwithharmattan, #donewithdryness” in a bid to promote their lip balms and deep moisture body cream products. The brilliance of the campaign is that it makes use of the season- literally. It hinges its messaging on the current weather that Nigerians were experiencing- harmattan- a season characterised by dry lips and skin. The downside to this is that the campaign can only work during this season. The messaging addresses audience members, promising them that with Nivea, they wouldn’t have to worry about dryness or ‘dustyness’.

Nivea released a 10-video series featuring characters in drama-type ad. The audience follows the protagonist, Dalia, as she makes her way through the dating world. She is initially propositioned by ‘Dusty’, who is the metaphorical representation of the harmattan weather. Dalia agrees on a few dates but instantly gets cracked, dusty and unmoisturised skin. Her ‘fairy god-mother’ is always there to advise her and present her with Nivea products, aiding her skin in the recovery it needs. Dalia eventually heeds word and breaks up with ‘Dusty’ as the campaign hashtag suggests. She ultimately meets ‘Mr Smooth and Moisturised’ and kicks out Dusty for good.

Each video from the mini-series ad was barely up to a minute, making it appropriate for mini-social media ads and could each stand alone as a TV commercial. The ads could also be repurposed for several audio-visual media platforms. Nivea’s campaign thoroughly permeated varying platforms. Their targeted audience being every possible Nigerian victim to harmattan’s harmful effects, a wide range of media platforms were used. Between street billboards, social media ads, strategic use of hashtags to radio jingles, if you are a living Nigerian, you would have come across a version of Nivea’s  #breakupwithharmattan advert.

“I was even touching my skin to see if I had to buy one of these items they’ve introduced because I’m currently using ‘natural fairness’ made by Nivea. Mad oo! Dem dey tempt me, their customer join.  The heading sef is so appealing “Harmattan can’t touch this!” “.

The campaign idea has been running since 2019/2020. A version of it ran in Ghana with different actors playing the lead characters in the web series. Nivea’s success has caused the brand to replicate it in Nigeria and continue it into 2021. The brand communicated that the aim of the campaign was to position its harmattan range of products, Nivea Nourishing Cocoa, Nivea Men Revitalizing, and Nivea Rich Nourishing, as the go-to products to stay moisturized and protected against the season’s harmful effects on the skin.

The harmattan season is something every Nigerian has grown accustomed to. It has become somewhat mundane. Nivea leveraged on what many might have overlooked or termed ‘the usual’ to sell their products, addressing Nigerians’ primary needs that arise on such occasions. This is made evident in some of the feedback from audience members in which they highlight that the product addressed their needs at the time. The campaign deftly showcased Nivea’s range of products whilst still introducing new ones.

“I and a few of my friends bought the cream not because we could afford it, but because the problem we were facing at that moment was dry skin caused by Harmattan and Nivea said I can break up with harmattan by using any of their deep moisture body lotions, So why won’t I actually purchase what could solve my immediate problem.”

Everything starts with an idea. Nivea’s brilliant idea was to advise Nigerians to break up with a season using their product- and it’s been an idea that seems to have significantly paid off.