Nigerians are overwhelmingly in support of government-backed ranching program, but it comes with a catch 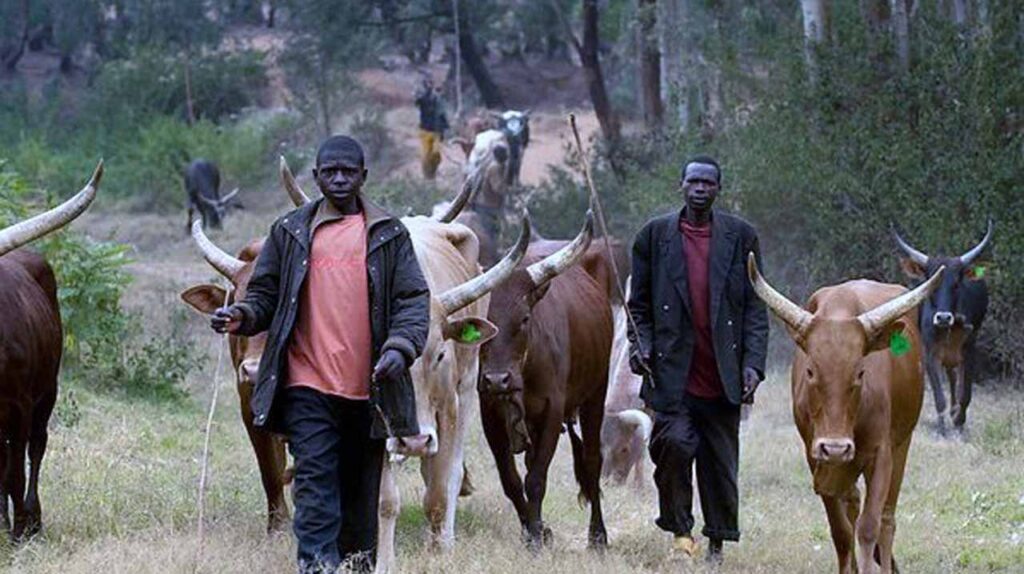 Nigeria is currently in a security crisis. Every part of the country is embroiled in one security challenge or another, with citizens – no matter their ethnic group – living in fear. While the recent conflict in Ondo and Ogun states have led to murmurs that the crisis appears to be an ‘invasion’ by so-called Fulani herdsmen, these protracted violent conflicts have predominantly occurred in the middle belt states of Taraba, Benue, Kaduna, Plateau, Nassarawa, and Adamawa. This also includes the trough of the Benue River, which possesses fertile soil and lush vegetation for farming and grazing.

However, clashes have apparently spread to other states in the North and Southern regions such as Zamfara, Rivers, Ekiti, Enugu, Ogun, and Bayelsa. The effects of climate change and desertification in the North combined with the activities of Boko Haram in the North Eastern region has made cattle grazing difficult, and has driven herders to migrate south. There are also ethno-religious interpretations of the conflict as well. While the cattle herders are predominantly nomadic Fulani Muslims, the sedentary smallholder farmers, predominantly Christians or traditional religion, are from other ethnic groups.

The clashes have also been interpreted as an attempt at land grabbing. In fact, some Nigerians believe that there are expansionist motives in the recent actions of the Fulani herdsmen which can be traced to the fact that Nigeria’s current president is of the same ethnic group. A recent study revealed that herdsmen-farmers conflict resulted in the death of 1,121, 561, and 590 persons in 2016, 2017 and January to June 2018 respectively. These gives a total of 2,272 deaths within the 30 months. This means that, at least, 2 Nigerians die every day owing to herdsmen-farmers conflict.

The Global Terrorism Index (GTI) placed the Fulani herdsmen as the world’s fourth deadliest militant group for having accounted for about 1,229 deaths in 2014. Amnesty International (as published on New Telegraph) on January 29, 2018 asserted that Fulani Herdsmen killed 168 people in January of that year alone. According to the organisation, “the Nigerian authorities’ response to communal violence is totally inadequate, too slow and ineffective, and in some cases unlawful”.

However, one thing is clear from the violent conflict – it is a struggle over land resources. The Fulani cattle herdsmen have identified conflicts arising from land use as their “most important” problem. During the peak of rainy season, characterized by cattle-breeding, more milk production and shorter grazing hours, cattle herding coincides significantly with arable crop production emanating in herdsmen-farmers conflict. The resultant increase in competition for arable land has often times led to serious manifestation of hostilities and social friction among the two user-groups in many parts of Nigeria. The conflicts have not only heightened the level of insecurity, but have also demonstrated high potential to exacerbate the food crisis in Nigeria and other affected countries due to loss of farmer lives, animals, crops, and valuable properties.

How can Nigeria find a lasting solution to the crisis?

There appears to be a lack of consensus, especially between the Federal Government and affected North Central and Southern state governments. Apart from the sentimentalization of this sensitive national issue given the wide ethnic and religious differences between the groups – ‘herders’ who are predominantly Muslims and Fulani, and the crop farmers who are predominantly Christians from the middle-belt, many have accused the government of treating the issue with kid’s gloves.

The RUGA policy, introduced by the Buhari Muhammadu Presidency, was aimed at resolving the conflict between nomadic Fulani herdsmen and sedentary farmers. Developed by the National Livestock Transformation Plan, the policy was intended to create reserved communities where herders will live, grow, and tend their cattle, produce milk and undertake other activities associated with the cattle business without having to move around in search of grazing land for their cows. It was rejected due to wide negative reactions by citizens in the middle-belt and Southwest regions.

Things came to a head recently when an Oyo state youth leader, Sunday ‘Igboho’ Adeyemo, issued an eviction notice to Fulani herdsmen in Ibarapa axis of the state, giving them a week ultimatum to vacate the land after the alleged killing of Dr. Fatai Aborode in his farm. The Inspector General of Police, Mohammed Adamu, had reportedly ordered Igboho’s arrest, following the crisis. At the same time, the Ondo state governor, Rotimi Akeredolu issued a 7-day ultimatum for the herdsmen to vacate the state government’s forest reserves. The tension was further accentuated by the overwhelming support from groups such as Agbekoya and Oodua People’s Congress (OPC) who have threatened retribution should anything happen to Igboho.

So, we engaged our panelists on possible solutions to the crisis, asking if they agreed that it was time for the government to invest in providing ranches for Fulani herdsmen.

Majority of the herders and rural farmers are uneducated and uninformed about government laws, policies and programmes which impede peaceful coexistence. An average herder is illiterate with neither Islamic nor Western education, with about 75 percent of cattle herders said to have no formal education. The implication for the business is that such phobia propaganda – promoted by critics of a ranching program – scares away husbandry and pastoral investors and stifles the growth and development of rural economies where more than 70 percent of Nigerian population lives.

The Fulani pay no tax by moving his cattle around. But if I move my business from state to state, I will have to pay tax…

“The Fulani pay no tax by moving his cattle around. But if I move my business from state to state, I will have to pay tax. The cattle industry in Nigeria has not been subjected to the laws of capital. These businesses are maintained by the state under the guise federal laws, but they have to be regarded as private businesses and thus subjected to all economic laws”.

For those who agree with the provision of government-owned ranches, there was a consensus that a public-private partnership is needed to ensure accountability from everyone involved, and also provide security for all citizens.

“Ordinarily, the herdsmen are meant to build a ranch by themselves since it’s a private business but since the ‘government’ cares so much about them, the solution is for ranches to be built nationwide funded by public-private partnership. Also, the leadership of the Miyetti Allah association should be held accountable by government because I believe they have the capability to call their members to order,” said a panelist in Ibadan, Oyo.

“Ranches should be provided and in-situ grazing should be encouraged”, said another panelist in Ibadan.

“The government should provide ranches for the Fulani’s in the northern part of the country which is their region and warn them not to bring cattle to any other region”, said a panelist in Owerri, Imo State.

“The government should be involved. But strict rules should be given to these herdsmen on the grazing regulations”, said a panelist in Akure, Ondo State. “Any herdsman who jeopardizes the program should be dealt with and the judgment should be indiscriminate as possible”.

“I would recommend making ranches for the herdsmen so that they can leave the farms for the farmers. Also, a segregation policy should be made so that there won’t be clashes again”, a panelist in Lagos explained.

“Instead of compensation funds, the government can invest in grazing ranches across the country”, said another panelist in Lagos.

“Moving cattle from place to place is a ridiculous idea in today’s world”, said a panelist in Ibadan, Oyo State.

This assessment is further buttressed by a study that analysed 28 papers on the herdsmen-farmers conflict, with majority of the academics recommending that conflict resolution mechanisms, mass orientation, and ranches as the sustainable panaceas. The study recommends that the ranches proposed by the Federal Government should be piloted in some affected states to appraise the potentials.

But a panelist in Enugu “would recommend that Fulani herdsmen return to the northern part where they are originally situated”.

“What I would recommend is capitalism,” says one of our experts. “Ranches and grazing colonies won’t work because the individual herdsmen will not enjoy it, and because the culture itself is corrupt, that solution will become quickly corrupted by the elite. There is a political angle to the crisis, but also a financial crisis. The majority of the actual killer herdsmen are poor and there is no system that actually ensures their welfare on a personhood level. There is no incentive for the herdsmen to register with the Nigerian government. Instead they are threatened with sanctions; sanctions that are not followed through”.

What would be a solution to the crisis? “There should be economic incentives to register, and for choosing grazing colonies,” another panellist explains. “Any ranch supported by the government should be close to export markets, prime grazing areas, and should be free land. It should be a grazing colony that the secondary economy can feed the colony while benefitting from the side effects of grazing like dung, shed hair and skins, hay and muddy water”.

Information and education for both parties is also necessary, says another expert in the social development sector. “Any solution must have a long term strategy which is justifying to herdsmen the reason why moving cattle around no longer make economic sense. There are two types of Fulani: there is the sedentary Fulani and the nomadic Fulani. The sedentary Fulani is a domesticated Fulani who goes into politics, and gets involved in proper economics. The nomadic Fulani is still the wild, atavistic culture centric Fulani who is resistant to change not because there is no conscious effort to enlighten his mind.

The sedentary Fulani is the aristocratic, political Fulani who owns the cows while their nomadic brothers move around. He arms them to protect the cattle, tries to cheaply maintain the cattle rather than building a ranch for them or invest in agro production. Such selfishness has propagated what we define, or many people now see as an age-long culture”.

Insights on What The Streets Are Saying are drawn from data collected through in-depth interviews and surveys with our 500-member consumer panel spread across the country and 100 culture insiders, who are leading thinkers and doers across media and marketing.