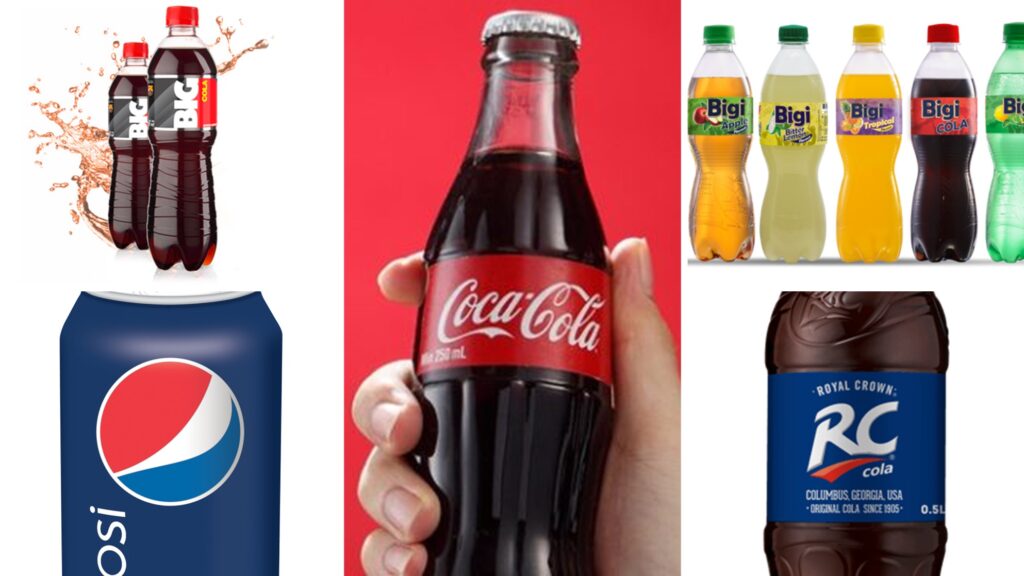 In the first part, we introduced the duopoly that existed in the Nigerian Carbonated Soft Drink (CSD) market, the shocking email from a major CEO that grabbed consumers’ attention everywhere, including the entry from an underdog nobody expected.

‘Gala and Lacasera have saved more lives than the Police, trust me.’

A blithe article published in 2016 on Nigeria’s favourite food combos captures the positive sentiment around food choices in the carbonated drink sector. Gala, one of the market leaders that almost became a generic name for products in the sausage roll market, is widely accepted as the on-the-go snack that most Nigerians trust and rely on, and is frequently combined with a bottle of cold soft drink. They became standard features during long commutes on the Lagos – Ore road, the Abuja – Kaduna Road, Enugu – Port-Harcourt, Shagamu – Benin – Asaba, and many other Nigerian roads.

Apart from the popular Gala sausage roll, which is produced by United Africa Company (UAC Foods), another major player in the sausage roll market is Rite Foods, makers of the Bigi beef sausage roll, Rite sausage roll and the Rite Spicy brand. Rite Foods had already made a remarkable success due to its investment in building relationships with wholesalers and retailers, including the pricing strategy. The company already has its roots in distribution, having held the West African distribution franchise for Agfa products. Through this franchise, the brand honed its Pan-Nigeria distribution acumen.

The company’s entry into food – sausage rolls first, and then beverages – depended heavily on the preexisting distribution infrastructure built decades before. However, the simple rationale? “Nigerians consume sausages with soft drinks, so why not make ours too”.

Rite to the Challenge: A photography company swipes at Coca Cola and Pepsi

Rite Foods Limited, as a subsidiary of Ess-Ay Holdings Limited, launched in December 2007. Following the digital evolution in photography, the Group decided to diversify into the FMCG sector, which led to the birth of Rite Foods Limited. AJE Group, a multinational beverage company with headquarters in Lima, Peru would also prove to be a strong competition in the company’s future.

Interestingly, the emergence of the two new entrants’ declared war on the incumbents – a brutal price war. Barely one year after AJE Group broke the duopoly in the cola drink market with Big Cola, a new entrant, Rite Foods Limited joined the war with Bigi Cola. Packed in 500ml, it arrived in four variants; Bigi Cola, Bigi Orange, Bigi Lemon-Lime and Bigi Apple. The strategy was the same as Big Cola’s: lower pricing to enable faster penetration of the highly competitive soft drink market. The wholesale price of a carton of PET bottle (50cl) of Bigi-Cola was N950, Pepsi-Cola was N1,050 and Coca Cola N1,150. While the retail price of Bigi-Cola, Big Cola and Pepsi was N100, Coca-Cola was N120. For both consumers and retailers, the temptation for product trial was powerful.

While Coca-Cola, Sprite, 7Up, Fanta and Pepsi remained popular, Bigi Cola rose to become another dominant brand in the South East and South West while increasing inroads into parts of South-South and North Central. At the same time, Big Cola was noticeably scarce in local markets and malls, which experts later attributed to production lapses and distribution issues due to challenges in the Nigerian economy. Hallmark even reported that in promoting Big Cola, the company paid more attention to market share than profit. They had recorded a tiny margin, such that when the exchange rate began to increase in 2016 – the same year Bigi entered the market – the company struggled. Bigi smartly took its place, and the cola “giants” continued to struggle to catch up.

Bigi’s market entry was brutal. It changed the market dynamics in terms of volumes and price, forcing the incumbents to either reduce prices or introduce new product variants at lower prices. Maintaining a low-end market disruption standpoint, the brand targeted the Nigerian mass market (over 60% in the Bottom of the pyramid), with Bigi selling its 60cl drink at N100. In comparison, the Cola-Cola goes for N150 and N100 for Pepsi’s 50cl. The strategy yielded results as Rite Foods increased its production volume for soft drinks by over 300% to meet the increasing demand.

The next distinctive move was to increase the bottle sizes to 65cl. This was definitely not a bad strategy since Nigerians truly love quantity. Consumers also want to pay less and get more and are to switch to products that satisfy their needs if the desired is not available. Therefore, the much richer and larger incumbents were forced to review their route-to-market strategies and adopt more disruptive methods to sustain their leadership.

Before the Nigerian economy went into recession, the Coca-cola company and 7up company had decided to increase the price of their 50cl bottles from N100 to N150 (both Coca-cola and 7up company increased their 50cl bottle to 60cl to compensate consumers for the price increase). Immediately Bigi introduced its variants, Coca-cola revealed another size of Coke and Fanta called the solo bottles, which were sold at N100, so their bigger bottle was sold at N150. Pepsi introduced the 60cl plastic bottle nicknamed “Long Throat” for N100, which has proven to be an excellent response till now. Even Pepsi’s 50cl glass bottle sold at between N80 and N100 in most parts of South West, at a rate much better than Coca-Cola of same volume and price.

Bigi Cola also leveraged visibility by making its products available in many states, giving hawkers branded aprons that promoted the brands, painting the retailers’ shops, and, most importantly, producing variants to match Coca-Cola 7up Bottling company products. Before everyone could take it all in, Bigi variants were competing with Coke and Pepsi at social events – weddings, official functions, church programmes and more.

Who is winning the war?

“If anything, being a Nigerian-owned brand initially would almost (wanted to) become a negative, because people think that what is produced locally just cannot be as good”, said the managing director of Rite Foods Limited, Mr Seleem Adegunwa. “In terms of the multinationals, it was a non-issue because we knew we were going to come to the table with a facility and a product that will be able to stand shoulder to shoulder, if not actually surpass what they do”. His position about market penetration and competing with well-financed multinational companies is compelling.

Currently, Coca-Cola Nigeria maintains a solid lead in the market due to its dominance in carbonates, high sales in bottled water and juice, including a small presence in energy drinks. The Nigerian market is projected to witness a promising growth rate due to the increasing adoption of the products. The young population, increasing urbanization, booming financial sectors, and the key manufacturers are observing the region for their product penetration, leading to the rapid growth of the carbonated soft drink market.

As global brands, PepsiCo and Coca-Cola have a massive advertising budget. The brands spend billions of dollars building dynamic and vibrant brands, with both brands boasting a vast global customer base. While Big and Bigi Cola are leveraging cost leadership, Coca Cola has always been about differentiation, positioning as a premium and quality brand. After initially choosing to position as the premium brand in the category, Coca Cola is also attempting to grab of the more cost-conscious Bottom of the Pyramid (BoP) market. Even though Coke and RC Cola offer the most profit to the hawkers, they do not offer the most value to the consumer. Compared to Bigi, Coca Cola at 60cl/N150 is more expensive to the buyer, while RC Cola at 50cl/N100 does not offer enough volume to the consumer at N100.

Evidently, offering exciting trade margins may be important, but the consumer ultimately decides what product to accept or reject. With the launch of the cheaper and more exciting variants, it can be argued that the big brands learnt from the war with the bigger, cheaper variants. According to Peter Njonjo, President of Coca Cola, West Africa and Central Africa, “Affordability will start becoming a bigger issue in this market than it was in the past. As a company, that is what we need to factor in as we are thinking about the future of our business in Nigeria”.

That future does not lie in the hands of the brands but the consumers’.