I am Laycon and Showmax’s catch up game in Nigeria 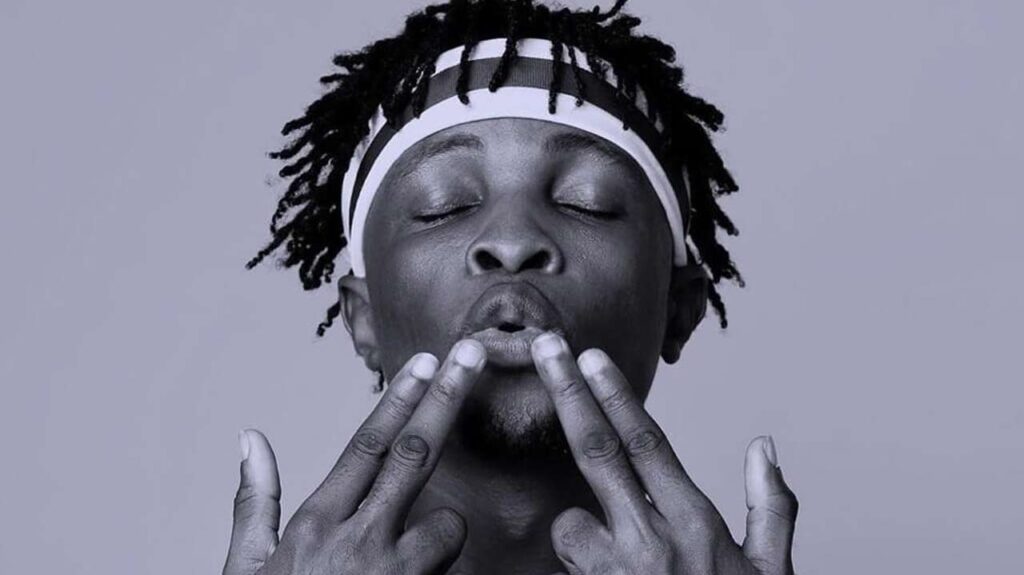 On 19th August 2015, Showmax was launched in South Africa by Multichoice. While we tie Multichoice with DStv, Showmax is an online subscription video on demand (SVOD) service. For a subscription fee, you can binge watch hundreds of movies and series. You know, like Netflix. It has been growing ever since. In December 2015, Showmax expanded its reach to audiences in Europe, Australia, New Zealand, North America and Canada. In May 2016, it expanded to 36 African countries. In July 2016, it passed the milestone of 10 million views.

What does Showmax offer? Mostly a catalogue of Hollywood, British, Kenyan and South African content. By July 2019, Showmax boasted 35,000 movies and TV series.

However, Showmax was somewhat late. While YouTube and Netflix grew, Multichoice had no streaming service for the better part of last decade. Why would it? The decoder business was providing revenue. However, with smartphone and internet adoption experiencing unprecedented growth, Multichoice began to think differently.

It entered the streaming business in 2014 with DStv Now, a basic online companion to the decoder pay-TV service. In 2015 however, Showmax was launched. For the first years, half of Africa’s broadband connections were 2G. Predictably, this affected the quality of user experience. But Multichoice could afford indifference. Decoder money was coming in.

Everything changed in 2016 when Netflix launched in Africa. Within the next two years, it gained 400,000 subscribers. And a significant number of these were in South Africa, Multichoice’s home market. By 2019, Netflix had ramped up 152,588 subscribers in the country. The decoder business became vulnerable. And it has stayed that way since then.

Since 2016, Netflix has been breathing down Showmax’s neck. Despite intense competition in its home market (from Disney+, Amazon Prime, Apple TV, HBO, Hulu, NBC Universal, etc.), the California-based company has been stealth and stellar. While Multichoice enjoys a lot of original content, Netflix has big muscles to flex. Both companies have become rivals, and there is no sign of slowing down.

Netflix accounted for 45% of Africa’s SVOD subscribers by the end of 2019. The Africa SVOD Forecasts report predicts that the company will retain its share by 2025. That is, 5.70 million subscribers, up from 1.23 million in 2019. Disney is not expected to start until 2022 but will have 2.71 million paying subscribers by 2025.

The streets are tough. What has Showmax been up to? How has it improved its offerings?

Showmax and the Naira

Until 2019, Showmax was generic. In the many countries it operated, there was no country-specific content. Also, its service was priced in US dollars. Subscribers had to pay via credit card or PayPal. However, after implementing the same in South Africa and Kenya, Showmax launched a localized version for the Nigerian market in July 2019. This meant that Nigerian users could access content tailor made for the country. They have also been able to subscribe in Naira.

In Netflix, Nollywood and the Naira we discussed the low purchasing power of African households and how this affects the streaming culture. Showmax may be aware. In October 2019, it introduced a mobile plan at 50% of the cost of standard subscription price. According to Showmax, “Smartphones and tablets are, for many in Africa, the primary, if not only, window to the internet, and up until now none of the most popular SVoD services has designed a product specifically for mobile usage.”

In July 2020, Showmax launched Showmax Pro in Kenya and Nigeria. Showmax Pro is a hybrid of Showmax’s regular SVOD platform and live TV programming such as music channels, news and live sport streaming. For the latter, Showmax sourced soccer content from SuperSport, another subsidiary of its parent company Multichoice. Viewers have since been able to watch games from the UK Premier League, Italian Serie A, Italian La Liga and South Africa’s Premier Soccer League.

It was a brilliant move. Localized online TV services were rare in Africa so Showmax was able to increase its reach. Besides, Showmax Pro was not bound by the same geographical restrictions as DStv Now. It is accessible to users in Africa, Europe and Oceania.

Access to and ownership of popular content is imperative. Showmax has been shopping. Multichoice announced two original movies in 2019. One called Rogue which starred Hollywood actress Megan Fox and another, Blood Psalms, which it co-produced with Canal+. Last year, Showmax and global broadcaster Canal+ announced their first original African series. Set in Kenya Crime and Justice was already in production and should be screened this year. In July, it announced four originals: Life With Kelly Khumalo, Tali’s Wedding Diary Season 2, Skemerdans, and Dam. They are all set for release this year. Again, none is Nigerian.

While Netflix has set its sights on Nollywood, Showmax seems perpetually keen on South African and international content instead.

In Netflix, Nollywood and the Naira we mentioned Netflix’s $15 billion original production and licensing budget for Africa. One that will enable Nigerian filmmakers achieve high-quality, globally competitive productions. In 2018, Genevieve Nnaji’s Lionheart became the first Netflix original movie from Africa. In June 2020, Netflix signed a deal with Mo Abudu’s EbonyLife to create a series-adaptation of Lola Shoneyin’s The Secret Lives of Baba Segi’s Wives and a film-adaptation of Prof. Wole Soyinka’s Death And The King’s Horseman.

According to Digital TV Research, Africa will have 12.96 million SVOD subscriptions by 2025, up from 2.75 million at the end of 2019. This means 10 million subscriptions in additions. Nigeria will add 2.1 million to total 2.73 million by 2025, a 333.3% growth. Meanwhile, Nollywood recorded revenue of $984.3 million in the first quarter of 2019, according to the National Bureau of Statistics. Yet, these numbers can be better.

It is bemusing, isn’t it? Shouldn’t Showmax be paying more attention to Nigeria? Or what has it done already?

In 2019, Showmax secured a partnership with Big Brother Naija to live stream eviction shows that air on Sundays. Also, two spin-off shows. One hosted by Basketmouth and Bovi. With COVID-19 and its resultant restrictions, the 2020 “lockdown house” was different, wasn’t it. More people were home to watch Laycon win, and Erica, lose it.

Oh, and Multichoice treated this BBNaija differently. Weeks before the show started airing, it announced a major upgrade to Showmax. For the 2020 edition, Showmax would live-steam the entire show! BBNaija’s organizers would not share actual viewing numbers, but they cheekly disclosed that the show recorded 900 million votes from viewers. Err… that’s four times the population of this country. Millions of people paid N30 to vote via SMS. Oya calculate.

Importantly, Showmax became the go-to service for streaming on the go, alongside DStv Now!

Next month, Lekan Agebeleshe will return to our screens. He will star in Showmax’s first-ever Nigerian Original, I am Laycon.

“Showmax is committed to supporting homegrown talent in Nigeria,” says Yolisa Phahle, CEO of Multichoice’s Connected Video. “Laycon is a hugely inspirational figure and the perfect choice to kickstart our original content here. Fans across Africa tuned in to see what it takes to win Big Brother Naija, so we’re excited to take those fans along with Laycon on this journey as he adjusts to fame and life outside the house.”

With I am Laycon, Showmax has made its first, concrete move in the continent’s largest market.

Will you be watching? Because we will.