Blaqbonez: A masterclass on how to deliver that winning pitch (2) 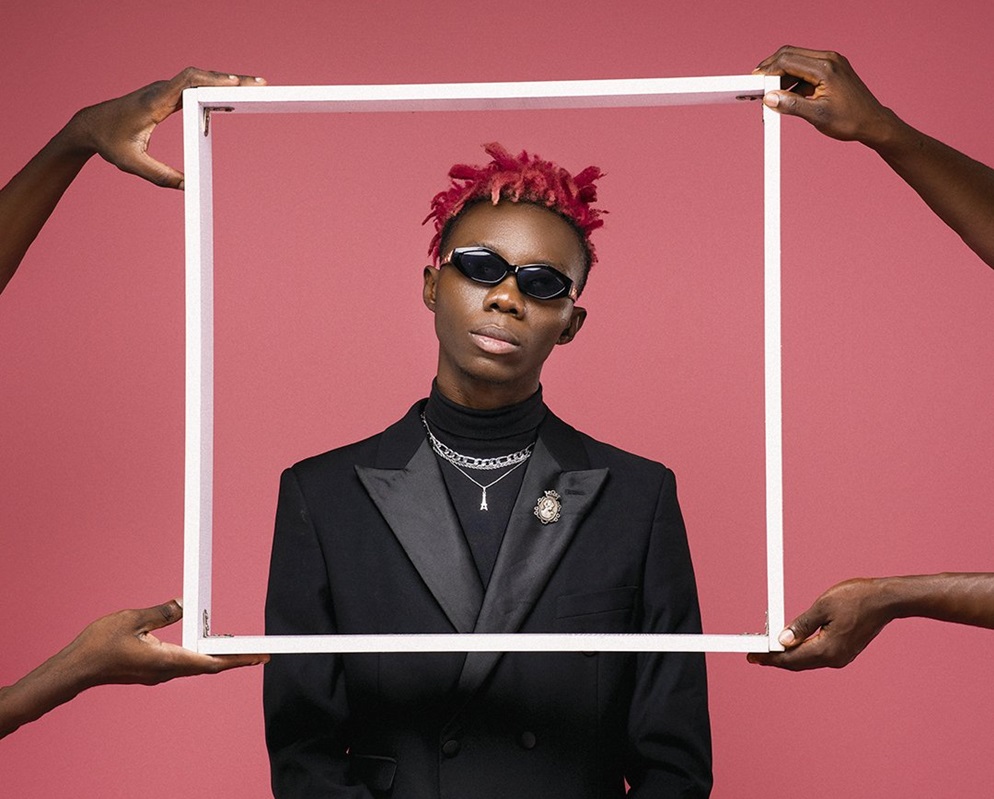 In the previous article, we explained the Blaqbonez pitch, which got him signed to the record label, Chocolate City. We also discussed the catchy and interactive marketing style that has made him the darling of the Nigerian social media community and the music industry.

Mr. Boombastic was released to even more acclaim. Noticeably, Blaqbonez had begun to do more singing. He often referred to this switch as experimental, and repeatedly suggested that Mr. Boombastic was a phase, a vibe. But he hasn’t looked back, has he? Blaqbonez, one of the most promising Nigerian rappers in recent history, has been unapologetically singing.

Do Nigerians listen to rap music? This question is a constant cause for tired debate. Should it? Until last week, Blaqbonez’s Sex Over Love topped the Itunes Charts. Although that project cannot reasonably be referred to as a rap project, it was toppled by J Cole’s The Off-Season, you see. Meanwhile, Ladipoe’s Feelings hugged the summit of the song charts before then. Nigerians listen to rap. Nigeria has always had good rappers. Perhaps it is simply the case that most Nigerians prefer other genres. And that is okay. It is difficult to prefer figurative language and intricate themes when life is hard. Nigeria is hard. More people want to gbe body and forget their sorrows, at least for a moment.

It does seem, however, that Blaqbonez has found a niche – some fine space between smooth rapping and fast singing, which is really what this decade’s hip hop is about. Sometimes they call it “Trap”.

In M.I’s You Rappers Should Fix Up Your Lives however, he chastised Nigerian rappers for singing. The single was an early release from A Study On Self Worth: Yxng Dxnzl, an album released in the same month as Bad Boy Blaq, and as the second release of the L.A.M.B project. “Rappers are singing now, just to get popular” he queries. The next day, Blaqbonez recorded a response, one where he claimed to be the hardest out of Africa, and better than South Africa’s Nasty C.

Blaqbonez does not shy away from opportunities to be visible, centered, or borderline confrontational with his colleagues. A day before the release of Mr. Boombastic, he released a promotional single titled Jesus Is Black (Letter to Kanye West). In it, he asked American rapper Kanye West to postpone the release of his ninth studio album Jesus Is King, which had the same release date as Mr. Boombastic.

In 2019, Blaqbonez released Best Rapper In Africa, a conceited rendition where he endorsed himself as the best rapper in Africa, and seemed to diss every other rapper in the country. Conversations immediately ensued and lingered from July till September. You see, when you say something as audacious as that, you give room for disagreement, ridicule. But at the same time, some fans will agree. At the end of the day, you would have introduced a viral, flattering conversation about yourself. Win-win. Blaqbonez relishes the opportunity to start a conversation.

At the presentation of A-Q’s Headies award for Lyricist On The Roll, Blaqbonez lingered on stage to remind us that he was still the best. Again, Blaqbonez is signed to A-Q’s label. After Kenya’s Khaligraph Jones beat him to Best Hip Hop Act at the 2020 SoundCity Awards, he took to social media to whine. Even though he was clearly joking, Khaligraph Jones would go on to release a diss track titled Best Rapper in Nigeria. Blaqbonez would have the final say though, with Green Blaq Green. In a period that also witnessed M.I’s beef with Vector and Stormzy’s go at Wiley, fans of hip hop foamed in excitement. Excitement went to the fans, streaming money went to the artists. Again, win-win.

Last year, veteran rappers, Reminisce and Vector were having a live chat on Instagram when the former blurted out admiration for Blaqbonez. “That boy dey push”, Reminisce said. In what is one of the most incredible displays ever seen on Obasanjo’s internet, Blaqbonez singlehandedly trended his 2020 single for months. “#StreamHaba”, he said. “Huh?”, we asked. “#StreamHaba,” he said, again and again, until it was everywhere. On Twitter, Instagram, TikTok, #StreamHaba trended. Consistently, Blaqbonez would share different content with the same action point – that we should stream his new single titled Haba. And he wasn’t subtle or pretentious about it. It was a simple instruction – whether you liked the song or not, you should stream it. So Blaqbonez could make his money. And well, we obliged.

Recently, he employed a similar strategy with his new single, Bling Bling ft. Amaarae and Buju. Bling Bling had made it to the second spot on Apple’s Itunes Chart, only behind Burna Boy’s Kilometres. Blaqbonez wasn’t going to miss his opportunity. He began to make videos – calling on fans to stream his song some more, pleading with Burna Boy to allow a young artist shine. “How many kilometers must I walk before I am number one?” he asked. He practically rallied himself to the number one spot. And when he got there, it was another avenue for even more hilarious pictures and videos. There was even more promotion, of Bling Bling and other tracks on Sex Over Love, especially on Tik Tok. There is a Bling Bling challenge.

In social media challenges and why they matter, we mentioned how TikTok flipped the switch. Oh, 2020 came with many challenges. Too many to mention. One thing was consistent throughout though – the rise of the app called TikTok. Tik Tok has been perfect for challenges – it lets you make videos that last three seconds to one minute. And adds music with unprecedented ease. Although originally released in 2016, it had its breakout year in 2020. Well, so did Blaqbonez. He tied his sexually charged BBC song to the Slow Mo Challenge and fans took it from there. Slow-Mo challenge entries were dominated by T-Classic’s La Cream and Blaqbonez’s BBC.

These days, he has teamed up with popular TikTok users to constitute what he refers to as “The Hate Men Band”. You see, his album is titled Sex Over Love. So, he is currently, performatively on a campaign against all forms of romance. In promotional skits, Blaqbonez and The Hate Men Band have been saving sticky situations and condemning romance. Today, a couple used Bling Bling as background music for online display of affection. Blaqbonez shared this video and condemned the act. But hilariously so.

And this seems to be his greatest asset – humor. He finds new, unpredictable ways to draw attention and invoke laughter. He is one of those people who have learned how to be hilarious without actually laughing. He makes a straight, stern face before he says something utterly ridiculous. Or downright vulgar. And he does so all the time. Our protagonist is already past the pretense, sanctimony that curtails vulgarity. He is unashamedly himself, all the time. Or is he? It could all be an act.

Well, it is a pretty good one. This is branding.