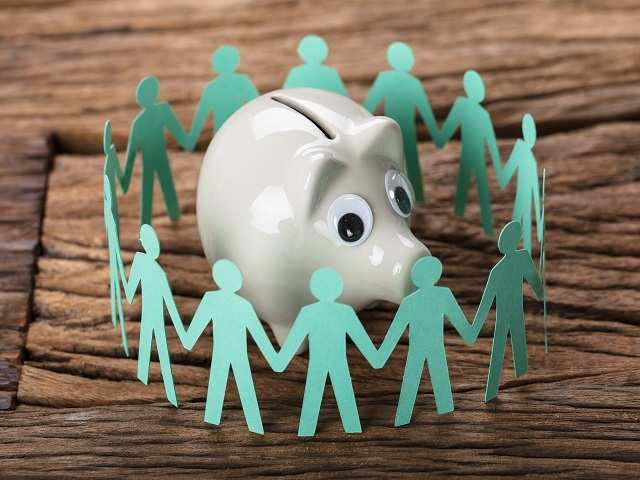 Crowdfunding – the process of raising money from a large number of people in order to fund a project, a company, or a cause, has become increasingly widespread across the world. From the personal, to the entrepreneurial, people can raise funds using easy-to-use tools like GoFundMe, Kickstarter, Mightycause among others, with just a few strokes of the keyboard and a bet on the kindness of strangers living anywhere in the world.

Just last week, music star, Davido, raised about N200m in a crowdfunding exercise whose purpose he initially announced is to clear his new Rolls Royce from Customs. A press release from the artist would later reveal that the monies, in addition to another N50m, will be donated fully to select orphanages across Nigeria.

While the reason for a crowdfunding may vary depending on the purpose for which it is done, the key principle of shared participation remains, whether the funds are raised for a cause to feed the starving or to finance the political campaign of a beloved candidate.

Crowdfunding works because at our core, human beings are social beings that will always be drawn to a yearning to participate. When it is political, it is sold as an investment in a cause to better a community or nation, a means for the governed to have skin in the game so that if it pinches, they are within their right to speak up and demand better.

What some of Nigeria’s more popular funding campaigns like those of Davido and BBNaija star Erica have shown is that Nigerians will chip in for a cause notwithstanding the specter of desperate poverty hanging over the nation, thanks to global statistics like the one that places the country as the world’s poverty capital.

In 2014, while campaigning for the fourth time – and in an election that would see him finally clinch the win – Rtd. General Muhammadu Buhari utilised political crowdfunding to raise over N50m for his campaign.

Nigerians far and wide chipped in by purchasing scratch cards at N100 and above to raise the funds they hoped will oust then-president, Goodluck Jonathan, and bring in the change they desired, Muhammadu Buhari. By December 2014, over 450, 000 Nigerians had made contributions to the cause.

It was a historic hopeful moment for Nigeria’s politics of Godfatherism and has been a sore point ever since for the many who look back and regret having donated to a cause they will later feel hasn’t remained true to their desires.

However, years later, and with a handful more very public fundraisers since, albeit for beloved celebrities and common people receiving help from other common people, it makes sense to probe and understand where Nigerians stand on raising funds for the electoral campaign of their favoured candidates.

To get a grasp of what the streets are saying about political crowdfunding, Culture Intelligence from RED engaged its national focus group with a handful of key questions that help paint a picture of their stance on political crowdfunding, whether or not they have taken part in such before, how that experience shaped their view, and what could convince them to change it if it is not positive.

An overwhelming majority of our respondents – at 81.9%, will consider contributing to a political crowdfunding campaign, albeit with a caveat. A breakdown of that group reveals that 7.5% will contribute if they feel it is for the right candidate. 22% are willing to take a chance notwithstanding. 37.5% are determined to move ‘as the spirit leads,’ while the rest are unbothered one way or another.

What this means is that notwithstanding the endless disappointments the political class has meted out on them, a good number of Nigerians are still open to trusting the system and will put their Naira where their mouths are with the right candidate.

It is entirely up to emerging political movements to lean into and take advantage of these facts.