What happened to Clubhouse? 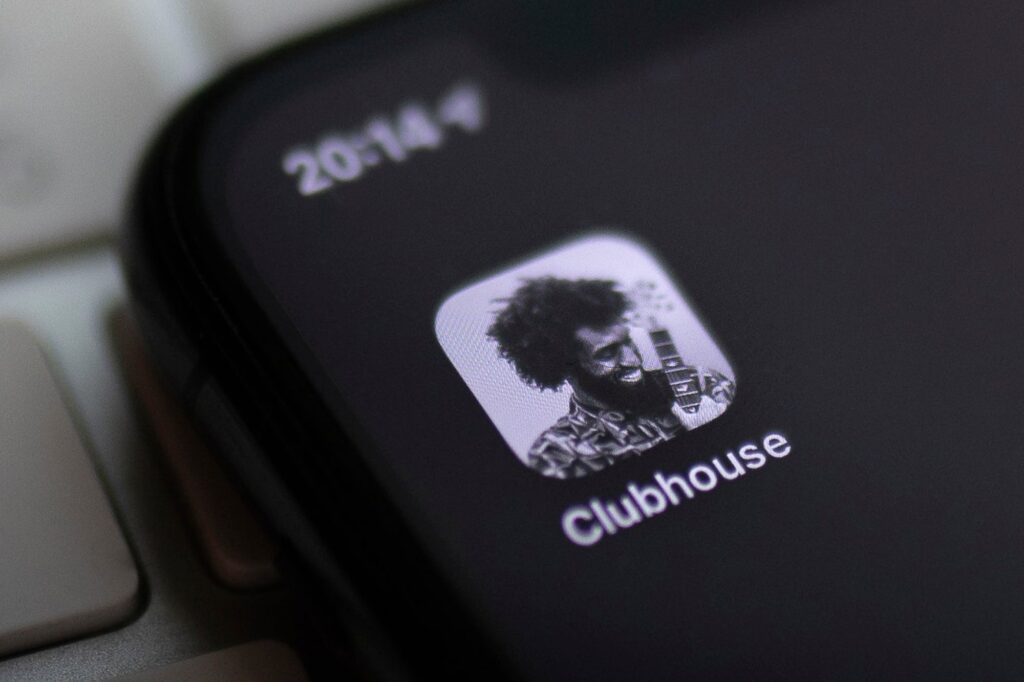 Clubhouse is an audio-based social media app. The company describes itself as “a new type of social product based on voice (that) allows people everywhere to talk, tell stories, develop ideas, deepen friendships, and meet interesting new people around the world.” While Twitter’s hook is words, and Instagram is about pictures, Clubhouse is the free social media network forged around audio.

Clubhouse came with savory, distinct perks. The app allows users to join or host audio chat rooms. As a host, you can talk to guest speakers and co-hosts or call on audience members to take the stage. As a participant, you can raise your hand to ask a question of a presenter. A Clubhouse room is like a live, interactive, unfiltered podcast.

Clubhouse rooms are useful for professionals and brands – they allow connecting with smart people and do interesting things. You can make solid connections with people who share your interests. You can quickly find someone who has the skills and knowledge you need. Clubhouse gives you access to subject matter experts that might normally be out of your reach.

Founders Paul Davidson and Rohan Seth have been intentional but they were helped in no small way by other high-profile people. In February, Mark Zuckerberg and Elon Musk joined Rooms, breaking the 5,000-person Room limit and helping the platform explode in popularity. Celebrities (Drake, Jared Leto, Jake Paul) and celebrity billionaires (Oprah, Mark Cuban) have been spotted on Clubhouse too. Another perk of using the app is that you get the chance to hear, and even participate in, unvarnished conversations with famous and powerful people.

In May 2020, two months after its launch, Clubhouse had 1,500 users. By December 2020, this number had grown to 600,000 users. By February 2021, 10 million people were using Clubhouse weekly, and the app was still invitation-only, in private beta, and exclusively available on iOS. These days, anyone with a phone number can sign in with an OTP. Also, the app became available to Android users in May 2021.

By March, Clubhouse had averaged 6 million weekly users, according to AppAnnie, often placing it at the top of Apple’s download charts. Before turning 1-year-old, it had achieved a billion-dollar valuation courtesy of a $100 million funding round in January led by one of tech’s leading VC firms, Andreessen Horowitz.

The COVID-19 pandemic was of course the tipping point for the platform, as most people were stuck at home. Clubhouse came at the exact, right time. So many of us were starved for conversation with other people, so audio room spaces got crowded fast. Thousands of people could gather in a room to discuss whatever topic they fancied. “Clubhouse found itself in the middle of culture,” says Clubhouse global head of marketing Maya Watson. Whether it’s chatting about the show Big Brother in Brazil, karaoke rooms in India, or “people making cat noises at midnight, there’s a room for you,” she says. The pandemic was kind to Clubhouse.

By March, however, monthly Clubhouse installs had begun to drop dramatically. Figures from mobile app intelligence firm Sensor Tower indicated that installs fell from 9.6 million in February to 2.7 million in March. Clubhouse fell from 37th in Sensor Tower’s ratings to 172nd. The figures showed even worse performance in April, with installs of just 922,000. What an incredible dip, one that has continued until June.

Why are numbers plummeting?

Screenrant explains that it may be the case that Clubhouse is not actively seeking to grow its numbers. Founders Davidson and Seth have admitted that the company has struggled to keep up with its pace of growth. The platform’s servers and discovery algorithms have struggled with growth in user numbers. Also, the company faces security issues with China and user data privacy issues in Europe. It may be strategic for Clubhouse to take time off and put its infrastructure in place before a timed push later.

It could also be the case that interest in the platform is wearing thin. Some users find the quality of content on the platform to be lacking. On the other hand, the easing of COVID-19 restrictions may be damaging the app’s appeal. Vaccination numbers are skyrocketing; people are leaving their houses. Few people want to sit inside and stare at their phones. They want to be outside, talking to real, living, breathing humans. Perhaps Clubhouse was only a pandemic-era fad.

Most importantly, Clubhouse’s social audio dominance is increasingly threatened. It must now fight the clone wars that have devoured many platforms before it. It is set up against gigantic companies and their doppelganger software who are all better funded, with billions of dollars in value and millions of users.

Spotify have since launched or announced their own social audio features. Spotify is working on its own live audio features. On the same day Spotify made the announcement, LinkedIn confirmed it too was looking to add similar audio rooms where users could host conversations.  Slack founder, Stewart Butterfield, confirmed that his company was racing to create similar software. He made this announcement… on Clubhouse!

In November 2020, Twitter launched Spaces on iOS. Although Spaces did not garner the popularity Clubhouse had experienced, Twitter rolled out Spaces to Android in March 2021, beating Clubhouse to the important milestone. Twitter is quickly launching new features to help it take the lead – the company announced that they are working on bringing Spaces to the web among other features.

What’s next for Clubhouse?

The platform is managing some retention. An average of 300,000 rooms is still being created a day, where people spend around 60 minutes a day. Investors are undeterred, it appears. Andreessen Horowitz led a new funding round that valued the company at $4 billion, only four months after it was valued at $1 billion. This is regardless of the company’s zero dollars in profits.

In April 2021, Clubhouse launched Payments, a feature that allows users to tip their favorite hosts with 100% of the tips going to the creator. In March, the app debuted a creator accelerator program to directly pay certain creators and provide equipment and aid in securing brand sponsorships. Clubhouse must now focus on creators, who will be key to retention and success. Enabling subscriptions may then be the next logical step, one that platforms like Patreon, Twitch, Substack, and Twitter have taken. This way, both creators and Clubhouse begin to receive a steady income.

Overall, Clubhouse remains optimistic. And it has reasons to be. For one, none of their biggest competitors are audio natives – this means that they would have to spend considerable time and resources to redefine themselves. Meanwhile, mainstream apps are already bloated with features. Really, what more should Facebook add?

And like other trailblazers, Clubhouse has remained overtly undeterred and welcoming of the competition.

“We’re not the type of people who feel intimidated or anything like that,” says Watson. “We’re still growing in the face of the Spaces rollout and Spotify is really loud. But our room sizes are growing, and our user base is growing so I think that’s a good indication. We’re keeping our heads down and making the best product we can.