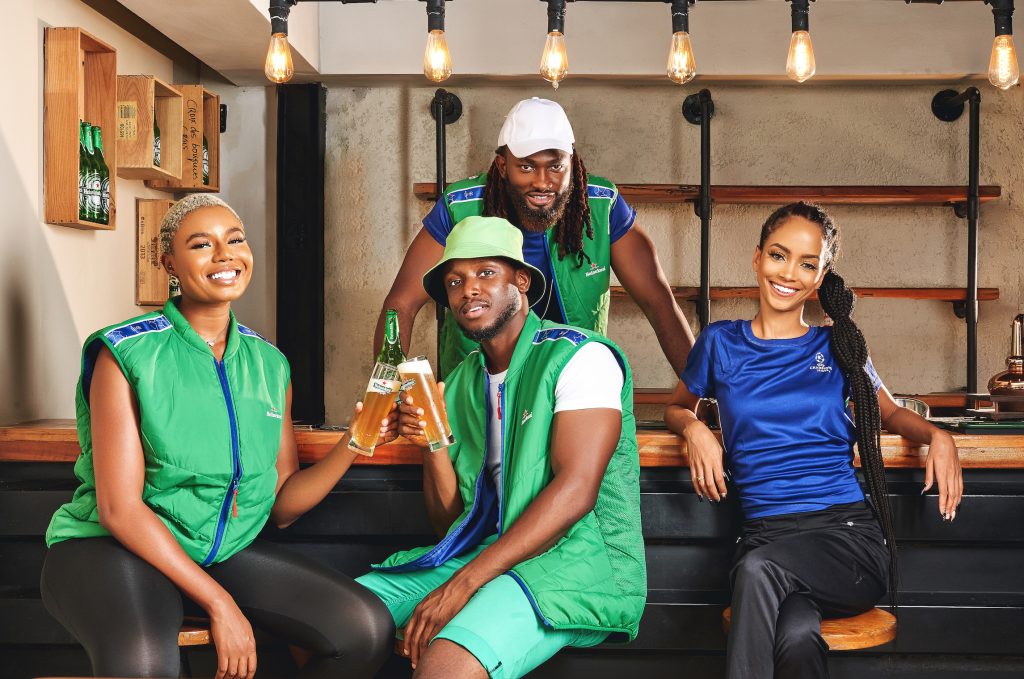 Every avid football fan knows that the popular lager beer, Heineken, is the proud sponsor of the UEFA Champions League, one of the world’s most renowned club championships. This year, the brand was charged with attracting sports fans and getting them pumped for the knockout stages of the Champions League. This was especially crucial since the League’s group stages saw a decrease in viewers in 2020, due to the pandemic, with numbers falling below those of the previous two seasons of UEFA.

One of the primary causes of the drop in attendance was the absence of people watching matches in public places such as pubs and bars throughout the world, with viewership stats suffering as a result. This year, sporting events sought to slowly increase the number of people in the stands while maintaining social distancing and other COVID-19 precautions. Apart from the final, several of the UEFA Champions League matches had a small or non-existent crowd. Games were also shifted to neutral sites, denying teams the benefit of  ‘home advantage’. Advertisers were certain to be influenced by these factors, as Champions League broadcasts may be perceived as a lower-value proposition.

Nonetheless, Heineken, the world’s largest beer company, confirmed that the brand will be the official beer partner of Euro 2020 and that it will continue to sponsor the UEFA Champions League until at least 2024, extending a 25-year partnership. The company also launched a series of campaigns, like the ’You’re Never Watching Alone’ campaign, dubbed as the #NeverWatchingAlone campaign, to connect and attract football fans worldwide.

In the 2019/2020 season, Heineken sought to foster togetherness and unity among football fans with its ’Better Together’ campaign. In a bid to build on the success of this campaign, the brand launched another reflective theme titled ’You’re Never Watching Alone’. This campaign aimed to reassure football fans that regardless of the current pandemic-related restrictions, they are never alone when they watch their favourite sport.

The Senior Brand Manager, Aishat Anaekwe, Heineken, stated that the campaign aimed to drive engagement amongst fans. “During the round of 16 phase of the Champions League, we sought to complement the spectacle of the competition with fun activities for Nigerians across all channels — online and offline,” she said.

Heineken’s media buying and planning services are provided by the agency Dentsu Red Star.  The agency currently holds the majority of Heineken global billings and is the brand’s sole media agency. On the creative side, Heineken is represented by Publicis Groupe.

On the Nigerian front, though, Heineken works with Black House Media, one of the country’s top public relations firms. The agency was responsible for organizing the activations, identifying the campaign’s spokespersons, and connecting with fans throughout this campaign.

The campaign’s primary strategy was to enlist selected prominent personalities to drive its brand media engagement. The alcoholic brand capitalized on the popularity of these partners to establish its brew as a staple of the popular gaming season.

The #NeverWatchingAlone campaign included various activities such as in-game discussions, offline football activations, UCL quizzes, and freebies. During the UEFA Champions League Experience nights, hosted by e-sports fan VJ Adams, the brand visited locations in the East such as Onitsha and Enugu, thrilling football fans with the finest music and other attractions. Other states, including Port Harcourt and Abuja, were part of the locations visited. The activations included everything from video games to trademark Heineken drinks to the renowned UCL Dome Bar, among other things.

In addition, the campaign included a special FIFA event in which partnered celebrities each represented a team in the knockout stage and competed against one another, causing a lot of chatter and excitement amongst fans. Also, the stars hosted live watch-alongs of the game on their social media channels and interacted with football fans directly during high-profile matchups.

The campaign  includes an innovative, tongue-in-cheek ad that highlights the concept of the campaign. The commercial features individuals all over the world celebrating a goal with a bottle of Heineken in view. In summation, the commercial demonstrated that despite their physical separation, they were united by their mutual love of football.

Nancy Isime, Chike, VJ Adams, Uti Nwachukwu, and Samantha Walsh created compelling online and offline activities for the campaign. Uti , a popular TV presenter and former Big Brother Naija winner, teamed up with VJ Adams, known for his success in the Nigerian e-sports scene and is regarded as an essential cultural driver in the entertainment industry. His previous work includes his role as a football analyst on SuperSport. Nancy Isime and Samantha Walsh, both well-known media personalities, were also representatives of the campaign. Chike-Ezekpeazu Osebuka, popularly known by his stage name CHIKE, a Nigerian singer, songwriter and actor also participated in the campaign.

The celebrities gushed about how much fun the events were for them as well as for the fans. VJ Adams stated that touring the cities was  “one of the most exciting things” he’s done in months.

“Whether you’re watching alone, football remains a sport with so many shared moments and that’s what makes it so special,” said Uti Nwachukwu. “I am very delighted to share my love for football with my fans and reward their undying passion for the sport.”

The marketing campaign does a fine job of doing what it needs to do — drive engagement. The events are exciting and entertaining. The presence of well-known Nigerian celebrities, some of whom are particularly associated with sports, also contributed to the campaign’s success.

Senior Brand Manager, Aishat Anaekwe, Heineken, emphasised that the campaign achieved what it set out to do. “I’m proud to say it was largely successful due to how well-received the activities were by football fans. Their reception has motivated us to deliver even more premium experiences as the competition progresses,” she said.

It was apparent that Heineken broke away from traditional beer advertising in this campaign. Digital marketing was particularly embraced in this campaign and complemented with physical activations. Through this sort of interactive marketing, customers might establish an emotional connection with the campaign’s content and, as a result, the brand.