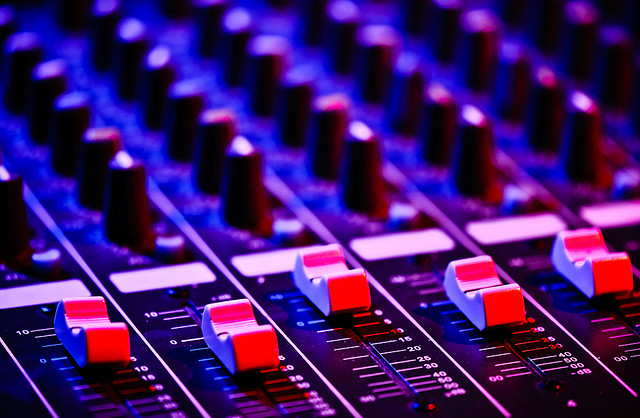 You can never overstate the importance of music in society, as music is a basic human function. Human beings always have the burning desire to create, and the interaction with sound is inevitable, either to make it or take pleasure in it.

People have always found music significant in their lives, whether for enjoyment in listening, the emotional response, performing, or creating. The most common way one becomes involved with music is through listening or attending a musical event. Listening at home on a music player, or in the car, on the computer, can be a very personal and fulfilling experience. Music, as we know, sets a mood and a vibe as we hear it in lounges, bars, parties, or other social events.

It is because of this that we cannot avoid telling you that the music in adverts and brand messages draw people in. The music therein affects the mood of the listener or viewer and helps pass across your message. The attachment of a musical element in that advert makes it so big that the audience begins to memorise the message subconsciously, which, in turn, may inform their buying decisions.

See also: Fake reviews are eroding customer trust to everyone’s detriment | There are no quick fixes

This is why we have listed these Nigerian music producers:

Newbie, however, beatsmith, Michael Ovie Hunter, known as London, is a British-Nigerian that was born in England and raised in Kaduna by a Delta-born mom and a London citizen dad.  He has produced songs like Bad Commando – Rema, Bloody Samaritan – Ayra Starr, Koroba – Tiwa Savage, Soundgasm – Rema, and so on.

Phillip Kayode Moses, known as Pheelz, is a Nigerian record producer and songwriter who has worked with a vast array of artists and musicians, including Olamide, Tiwa Savage and everyone in between. Born and raised in Lagos, Pheelz is credited to have produced all but one song in Olamide’s Baddest Guy Ever Liveth album. Pheelz was nominated and won the “Producer of the Year” category at The Headies 2020 edition. In 2021, he released his debut EP Hear Me Out.

Obi Prosper, known as Speroach Beatz, is an award-winning music producer and songwriter who has worked with big-name artists. He hit the spotlight for being the record producer behind Davido‘s several hit songs such as Chioma. He came to the limelight in 2018 after producing the song Amaka sang by 2Baba.  In 2020, Speroach Beatz produced the song Holy Ground by Davido. The song is one of the tracks of the A Better Time (ABT) Album, which featured American singer and rapper, Nicki Minaj.

Bello Emmanuel Oluwashina is an award-winning Nigerian music producer, known as Fresh VDM. The acronym, VDM stands for Very Disturbing Music. He is the brain behind Davido‘s hit single, Fia. He is currently signed to Davido Music Worldwide label as their in-house producer. He has worked with many leading names in the music industry including Mayorkun, Peruzzi, Yonda, Burna Boy, DJ Ecool, Danagog, Ichaba, Dotman, Dremo, Cassper Nyovest, and Davido.

You probably vibe to a lot of songs and have no idea who produced them. You just love the song and press the repeat button. You may have done that with Davido’s hit singles like Fem and Jowo, and never knew that Napji produced them. Well, some people know him by his producer tag “Napji Killing this One”. Napji Babawo is one of DMW’s in-house producers who has been dropping beats for hit songs since he joined the game.

Ezeh Chisom Faith, known as Rexxie, also known for the tag (Yo! Rexxie Pon This One), is a Nigerian record producer, DJ and songwriter. He is popular for creating the Zanku sound, and producing Naira Marley’s Soapy, Tesumole and the monster hit KPK with Mohbad. Rexxie released AfroStreet The EP (2020) and A True Champion (2021) to showcase his amazing singing abilities.

Ozedikus, born Igbinoba Osaze, is a Nigerian producer and the brain behind the song, Dumebi by Rema. Ozedikus Nwanne – as you usually hear in songs he produced –  has worked with top Nigerian artists like DNA Twins, Crayon, Bad Boy Timz, Dr Sid, Ladipoe and Vinka. In 2020, he was nominated as the African Producer of the Year in the 2020 Soundcity MVP Awards Festival.

P.Priime, born Peace Emmanuel Oredope, and not yet 20, produced popular songs like “Like I Do” off Fireboy’s magnum opus, Laughter, Tears, Goosebumps, Gelato by DJ Cuppy, Egungun by Zlatan and veteran indigenous singer Obesere, and so on. P.Priime’s contribution in shaping sounds comes in full display through Olamide’s Carpe Diem album. Having produced 7 out of 12 songs on the album that debuted at #11 on Billboard’s World Album Chart, the producer comes to mind as someone who is going to keep producing hit songs.