NIN-SIM Integration: Over 80 percent score the government below average on NIMC registration 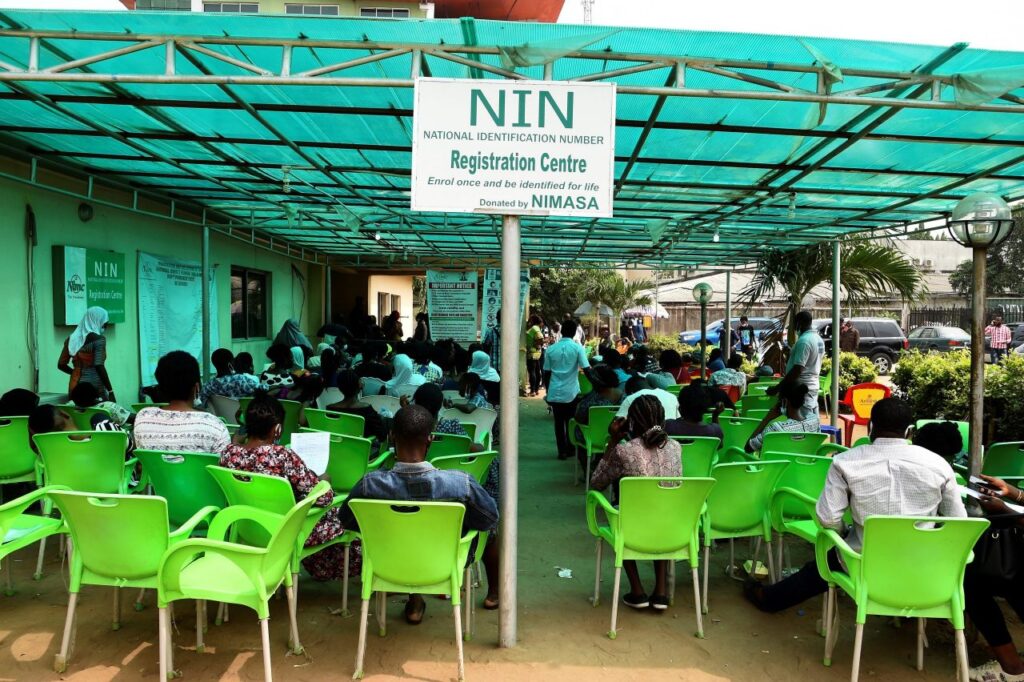 For more than a decade, the National Identity Management Commission (NIMC) National Identification Number (NIN) registration process has been plagued with challenges, including inadequate equipment, inexperienced NIMC staff, the dubiousness of officials, and many others.

To register, many Nigerians have to be at NIMC registration offices scattered across the country as early as 5am and queue for hours on end for an exercise that the organisation says will take 10 to 15 minutes. Due to power failure and poor Internet service, NIMC centres, and even local government offices, cannot register more than 25-30 persons per centre daily since the exercise kicked off.

What is NIN and why is it important? They are 11 non-intelligible numbers randomly chosen and assigned to an individual after successful enrolment into the National Identity Database (NIDB). Enrolment consists of the recording of an individual’s demographic data and capture of the ten (10) fingerprints, head-to-shoulder facial picture and digital signature, which are all used to cross-check existing data in the NIDB to confirm that there is no previous entry of the same data.

By January 2018, the NIMC announced that it had enrolled 28 million citizens into the NIDB and issued them NINs. While announcing the figure, the director general of the Commission, Engr. Aliyu A. Aziz set a new target to enrol additional 50 million Nigerians and legal residents and issue them their NINs by December, 2018. By October 2020, only about 42 million people had been enrolled. This is less than half of the 99 million unique mobile subscribers in the country, according to GSMA Intelligence estimates.

Assuming everyone with a NIN is also a mobile subscriber, the number of people that would need to be registered is staggering. According to Aziz: “Over 100 million Nigerians have no identity (ID). These include the poorest and the most vulnerable groups, such as the marginalised – women and girls, the less-educated people, migrants, refugees, asylum seekers, stateless persons, people with disabilities, and people living in rural and remote areas.”

This was before the Nigerian Communications Commission’s (NCC) declaration that all SIM cards which are not duly registered with a valid NIN will be blocked – forcing the 100 million mobile subscribers to get the numbers within a limited period during a pandemic.

This week, the NCC’s director of public affairs, Ike Adinde, and head of corporate communications, NIMC, Kayode Adegoke, released a joint statement announcing an extension of eight weeks “to give Nigerians and legal residents more time to integrate their NIN with their SIM cards”. This would be the sixth deadline set by the authorities to conclude the exercise. There are over 1,060 registration centres activated across the country, while operators have opened hundreds of NIN enrolment centres.

We asked our panelists to rate the government on how it has managed the exercise so far on a scale of one to ten, with 1 being the lowest. We also asked some to share their personal experiences registering for their NINs, and if telecommunications service providers (MTN, Glo, Airtel, Etisalat, and others) should play a leading role in NIN-SIM integration for users considering their geographical spread.

Over 100 million Nigerians have no identity (ID). These include the poorest and the most vulnerable groups, such as the marginalised – women and girls, the less-educated people, migrants, refugees, asylum seekers, stateless persons, people with disabilities, and people living in rural and remote areas.

Asked if they have or had considered registering for their NIN, 57 percent said “Yes” while 43 percent said “No”. On whether telecommunications service providers should play a leading role in NIN-SIM integration, an overwhelming 91 percent agreed and 9 percent said “Maybe”.

Asked to share her experience, a panelist in Lagos explained that she registered three years ago. “I didn’t have any trouble since I had done the NIN registration before now,” she said. “But you can see the crowd at their offices, and they expect people to register in two weeks (registration has now been extended for another 8 weeks). They have shifted and shifted the date, and they will shift the date again. They don’t know what they are doing yet”.

This was before the Nigerian Communications Commission’s (NCC) declaration that all SIM cards which are not duly registered with a valid NIN will be blocked – forcing the 100 million mobile subscribers to get the numbers within a limited period during a pandemic.

How can we be dealing with a pandemic, and there are regulations about social distancing and mask wearing, but the government is still packing people like sardine. The message doesn’t sit well with me at all – and that’s the way it has been with this government so far.

“You do know there’s COVID-19 and people and dying, right?” a panelist in Oyo asked rhetorically. “I’m not registering for anything and if the government wants to block my number, it should go ahead. When there’s time for me to go there (NIMC office), I’ll get my number, but no one can force me to do something I don’t want”.

“I have my NIN and I already connected my SIM (cards) to it, but I just don’t get the urgency. At the same time, there has to be a logical reason for it,” said a panelist in Port Harcourt, Rivers. For example, United Kingdom citizens need to have a National Insurance Number in order to work and to claim their benefits. But due to the COVID-19 pandemic and lockdown, the Department for Work & Pensions (DWP) had to suspend face-to-face interviews, except for those who were granted permission to work in the UK by the Home Office prior to their arrival. I know there’s a variance of competency between both governments, but some things can be necessary for things to run properly. That’s where telecom service providers come in by using their platforms to ensure that the NIN-SIM integration is implemented easily and effectively”.

Last month, the exercise was temporarily disrupted when the Senior Civil Servants of Nigeria (ASSN) of NIMC embarked on a strike over several challenges, including staff exposure to COVID-19 risks, lack of personal protective equipment, irregularities in promotion, and poor funding. It was reported that team members were expected to report to their various duty posts and do nothing until they are provided with essential COVID-19 Personal Protective Equipment (PPE), but the commission noted that some of their staff members got exposed to COVID-19 and no adequate measures had been taken to stop the spread of the virus.

In May 2019, the World Bank announced its plan to invest $433 million (N1.5 trillion) in the National Identity Management Commission (NIMC) National Identity Number (NIN) program, to enable the agency to register close to 100 million Nigerians over the next three years.

“What the current administration fails to see is that the effort to defeat the pandemic quickly requires a group effort – both the citizens and the government,” said an expert. “[Either] in large or small teams, objectives are achieved effectively, but the teams can only function properly when everyone is working in concert and not at cross purposes. That’s when government projects or objectives can thrive, because the people believe it. Will the people listen when this government tries to explain that another national lockdown is necessary? As you can see, there’s a clear messaging problem here, and the government has grown to become its own enemy”.

What about the deadline? What will happen to those who are unable to register their numbers?

“There have been more than four extensions so far, but that’s not the issue,” says a project management expert who works in the tech industry. “The main problem is that those yet to get their NINs are in the millions, and the app that should have made things easier is not working. In addition, the telecom industry can only thrive when people are buying recharge cards, subscribing for data and making calls. So the government cannot afford to take risks in the middle of an economic recession. So far, active telecom subscribers have fallen by over 3 million phone numbers. I can project that there’ll be another extension after April, because if you understand how Nigeria works, it is easy for me to confirm that we can’t register over 40 million phone subscribers in eight weeks”.

According to projections, the telecom industry stands to lose ₦399 million in revenues every day from blocking 57 million SIM cards. Under the worst-case scenario, the daily losses could be as high as ₦1.16 billion, and would deal such a devastating blow to a sector that currently constitutes 11.2 percent of Nigeria’s gross domestic product (GDP). From the Nigerian Communications Commission (NCC), the latest subscription statistics for December 2020 showed that active telecoms subscribers fell by 3.3 million. Specifically, as at November 2020, there were 207.9 million active users, but by the end of the year, the figure dropped to 204.6 million.

“At the previous rate, it would have taken a much longer time to enrol those remaining under the NIMC, and there was a recent report that indicated that 292 million more people would have been added by then. Every experienced person understands the importance of the NIN – especially for proper economic planning and security. But the timing and execution of the program is wrong, and this is just turning out to be another way the government is failing Nigerians”.