How sampling fuelled the growth of the Nigerian music culture (1) 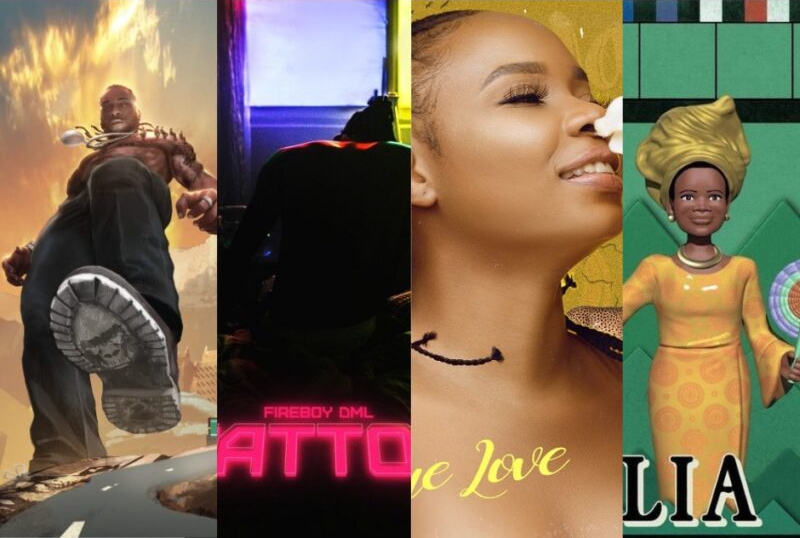 Music sampling is simply incorporating a portion from a previously recorded song into a brand new piece. When artists sample, they can do as little as taking a portion of the drums or guitar rift. They can do as much as use an entire chorus or verse from a song. They can alter the sampled portion by repeating it over and over to form a loop. They can attempt creative manipulations – change the speed or pitch of the sample. All na sampling.

But music sampling did not start today…

Sampling is as old as the Beatles borrowing from the French national anthem La Marseillaise for their hit track, All You Need is Love in 1967. According to FACT magazine, Stevie Wonder’s 1979 album Journey Through the Secret Life of Plants may have been the first to make extensive use of samples. Today, what would we do without sampling? It has influenced all genres of music, including pop, hip hop, and electronic music. Some say it is the very foundation of hip hop music, a genre that emerged in the 1980s. The original hip hop producers sampled funk and soul records. What a blessing, right?

Is sampling legal? “Thou shalt not steal,” said the judge in the US landmark case between Grand Upright Music and Warner Bros. Records. The year was 1991. Signed rapper, Biz Markie had sampled the song, Alone Again, by Gilbert O’Sullivan in a track on his I Need a Haircut album. The court granted an injunction stopping it, holding that unlicensed sampling constitutes copyright infringement. The result was devastating. Instead of asking for royalties, O’Sullivan forced Warner Bros to recall the album until the song was removed. Petty much. But the court’s decision changed the attitude of artists to sampling forever.

In the US especially, music sampling is taken seriously.

There is a cluster of interesting cases that have arisen regarding sampling and copyright infringements.

Here’s one. Rihanna’s hit song Please Don’t Stop The Music sampled parts of Michael Jackson’s 1983 hit Wanna be Startin Somethin. Rihanna claimed that she sought permission. However, Michael Jackson himself had sampled the same fragment from Soul Makossa, a 1972 disco song by Manu Dibango. In March 2020, the saxophone legend died of COVID-19. But 11 years before then, in 2009, he sued both Rihanna and Michael Jackson for copyright infringement. He was 75 at the time!

In 2015, the family of late soul singer, Marvin Gaye, sued Robin Thicke, T.I and Pharrell Williams. They claimed Thicke’s song Blurred Lines was a rip-off of Gaye’s song Got To Give It Up. The artists were ordered to pay 5.3 million dollars to Gaye’s estate. In the same year, Travis Scott agreed to give 50% of the rights in his hit single Antidote to clear a sample he made of Lee Fields’ All I Need.

Since we are talking about antidotes, how do you counteract a suit over music sampling?

In the US, a workable defence to suit over music sampling is something called the doctrine of fair use. Fair use has been defined as “the right to copy a portion of a copyrighted work without permission because the use is for a limited purpose, such as for educational use in a classroom or to comment upon, criticize, or parody the work being sampled”. The courts would therefore look at the following factors in determining fair use: First, that you did not take a substantial amount of the original work. Second, you transformed the material in some way. Finally, that you did not cause significant financial harm to the copyright owner.

In 2016, Ed Sheeran faced a $20 million suit over the claim that his song Photograph was a dub of Amazing by Matt Cardle.

The UK Copyright, Designs and Patents Act 1988 (CDPA) provides that “only the owner of a work can copy it; issue copies or lend or rent copies of the work to the public; perform, show or play the work in public; broadcast it; and make an adaptation of the work, or do any of the above in relation to an adaptation”. Therefore, any kind of sampling without the consent of the copyright owner ordinarily amounts to infringement.

UK law and US law are however similar to the extent that “recognizable” use is infringement, such that “infringement occurs whenever a listener hearing a bar of music can easily identify a similar sounding piece of music”. The UK however extends this to a “substantial use” doctrine that provides that “infringement must relate to a substantial part of the original work”. Each court case has largely been determined based on its peculiarities.

All this stress though. When you can just clear.

How do you sample legally?

The process of acquiring permission for a sample is known as clearance. But this process is often complex and expensive. Why? Pay attention. Songs are intellectual property so they come with copyrights. Copyright is the legal right the creator of a song has, one that is exclusive to them. The original creators of a song and anyone they give authorization/license to are the only ones with the exclusive right to reproduce it. Got it?

Should music sampling be legal?

In many countries, legal restrictions have been mounted against sampling. The consistent moral argument against this is that it restricts creativity. Sampling is described as one of the best things to happen to music as new tracks constantly expose audiences to old hits. Music enthusiasts argue that combinations and manipulations are the future of creativity, a future that could be threatened by the cumbersome process of clearing.

Also, sampling has this exciting potential to popularize an existing song. For instance, Desiigner’s track, Panda, topped the Billboard Hot 100 after Kanye West sampled it on Father Stretch My Hands, Pt. 2. More recently, Roses, a 2016 release by American rapper, Saint Jhn, gained international recognition after it was remixed by Kazakh producer, Imanbek. The remix of the song was released on September 18, 2019 as a faster, higher-pitched version of the original. It was featured on a Snapchat filter and on TikTok where it received over 4.5 billion plays in April 2020. Saint Jhn must have been grateful. But as we have established, sampling (and remixes) do not always go this way. Copyright, and its protection, is complicated.

Granted, the existential challenge of rights is the conflict between the enjoyment of one and the protection of another. Some say that copyright is overrated as it concerns music sampling. No song or genre is brand new, only a modification of something prior or a product of combinations. What is to be protected anyway? It is 2020. Nothing is original. It was Jim Jarmusch, an American film director, who said,

Nothing is original, steal from anywhere that resonates with inspiration or fuels your imagination. Originality is non-existent.

We have more to say – specifically about the culture and legality of music sampling in Nigeria. Come back for Part 2!