Jameson’s ‘Smooth Taste, That’s Why’ campaign: Can Alté be inclusive? 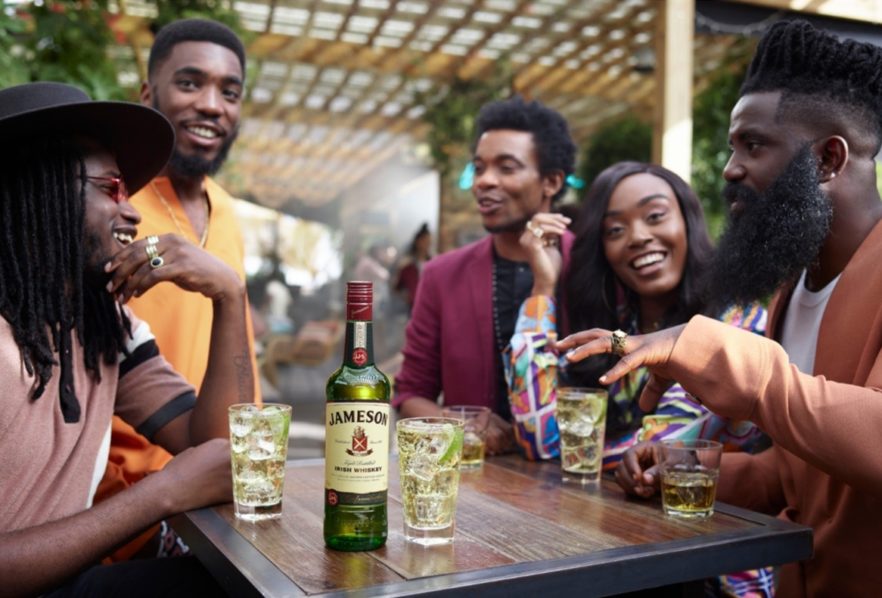 Alcoholic beverages and their marketing have always been nothing short of poetic. It is no longer about selling a commodity, but rather about selling a feeling, an experience, and a sense of belonging. Japanese bestselling author, Haruki Murakami explains that “Whiskey, like a beautiful woman, demands appreciation. You gaze first, then it is time to drink”. Apart from the taste, these words capture the profound admiration and affection for drinking whiskey – the experience.

Jameson, a blended Irish whiskey made by Pernod Ricard’s Irish Distillers subsidiary, tapped into Murakami’s sense of deep admiration in one of their recent promotions. The campaign’s tagline, ‘Taste, That’s Why’, emphasises the drink’s distinct flavour — the messaging and advertising emphasise togetherness and culture. Four years ago, the Jameson brand launched the campaign globally, and the ‘Taste, That’s Why’ campaign was introduced in March 2018 through television, out-of-home, digital, display, and social media channels in the United States.

As part of the campaign, two television films were produced in Ireland and directed by Dutch filmmaker Matthijs van Heijningen. TBWA Dublin developed the films under the direction of John Kane, executive creative director, and reimagined true stories about Jameson and its staff. The first film, ‘Scully Was to Blame,’ tells the tale of a character’s redemption in 19th-century Dublin. Also, a documentary series called ‘The Story Behind the Story’ was created, which offers never-before-seen glimpses into true stories, people and places that go into producing the Jameson Irish Whiskey.

The second commercial tagged, ‘The Bartenders’ Gathering,’ was also created by TBWA Dublin, produced in Ireland and directed by Stink Films’ Anthony Mandler. The commercial tells the true story of the 200 bartenders from around the world that gather in Dublin each year for the Jameson Bartenders’ Gathering; a three-day immersive and educational summit for bartenders to hone their skills, learn about Jameson and the history of Irish whiskey, and explore the rich culture of modern Ireland.

This advert recounts the group’s unforgettable encounters and the friendships they made. To add credibility to the creativity, Jameson invited fifty bartenders globally to appear in the film. The TV spot is followed by a social media campaign that tells the true stories of the three bartenders who remained behind in a documentary-style format and stories of bartenders from Spain, Germany, and South Africa.

Evidently, the campaign, and the storytelling, focused on the people, the community and the experience. It was a resounding success because it delivered a message that resonated with the audience. Its authenticity and integrity were enhanced by the fact that it was based on a true story. Because of its widespread popularity, the brand decided to duplicate it in other countries, including Nigeria.

On the Nigerian Frontier: “Smooth Taste, That’s Why”

The ‘Smooth Taste, That’s Why’ campaign from Jameson Irish Whiskey features the Alté scene’s best. Brand influencers from music, fashion, and lifestyle were featured in the cool and edgy campaign, with a goal to reposition the brand and remind consumers of how they should see the brand. The tagline was of course altered a bit for the brand advertising in Nigeria.

The question that precedes this is ‘Why, Jameson?’, Why should I spend my money on this bottle of whiskey when there are several others out there? This tagline responds by pointing out that Jameson Whisky stands out due to the smooth taste. Craig Van Niekerk, Marketing Director, Pernod Ricard Nigeria, reaffirmed to us that the campaign was to reestablish the Jameson brand in the Nigerian audience’s minds.

“Our ‘Smooth Taste, That’s Why’ campaign is a fresh and engaging emotive creative that is set to continue to support our aim of building our brand presence in Nigeria. The campaign connects us back to our brand roots, and we have chosen to partner with influencers who love and consume our brand and have supported our journey in the market,” he said.

The campaign attempted to establish this brand image by appealing to the Alté group in Nigeria. Alté is Nigerian slang for ‘alternative,’ which means freedom of speech in any medium. The term Alté was coined by DRB members Teezee and Boj in their 2014 track ‘Paper’ (“The ladies like me because I’m an Alté guy”) and has since been used to refer to a variety of leftfield musical styles. Significantly, Alté people were perceived as different from the norm.

The campaign was managed by the full-service design and advertising agency, Image and Time. They helped in the strategy creation, execution of the campaign and the control of online communications. Micro-influencers were engaged, not particularly for this campaign but for Jameson’s events, such as the Jameson Connects Nigeria.

A strategist on the ‘Our Smooth Taste, That’s Why Campaign’, highlighted that in crafting the message and the process of execution, the agency sought to present Jameson as cool, edgy, and exuberant.

“We were trying to speak to inclusivity. We also wanted to present Jameson as confident and genuine. We are genuine in what we make Jameson as a brand. ‘Smooth Taste, That’s Why’  was defined in so many ways. It brings genuine conversations. It is inclusive and accessible. We are also saying that the brand is not arrogant and the brand is not exclusive,” he explained.

The brand was intentional in focusing and driving its message on social media platforms mostly. Coupled with that, social media challenges were amplified, and individuals could share their drinking experiences by posting a picture with the Jameson bottle. Other media platforms were not ignored, as the brand also invested in over thirteen billboards across Lagos and Abuja.

To ensure the campaign’s success, the agency selected a group of ambassadors and influencers that the brand considered best represented the Alté culture in Nigeria: BOJ, a talented artist; Jess Chibuze, a fashion influencer; Muyiwa Aigbe, a lifestyle influencer; Kayzplace, a celebrity barber; and TEEZEE, a Jameson brand ambassador and lifestyle influencer were the personalities chosen for the campaign. These personalities featured in a series of ads and short videos for social media to showcase the human connection stories for which Jameson attempts to be known.

The Jameson brand campaign reached millions of Nigerians, and the feedback revealed that it resonated with them too, especially the youth. This remains the audience segment that dominates social media and is heavily in touch with the Alté scene. However, was it successful? Did the campaign achieve what it intended to?

“The campaign achieved its objectives, which was to give the brand a position and a certain image,” David asserted. “People associate Jameson with togetherness. While we are no longer pushing that particular communication, we keep building on that to reinstate and reaffirm Jameson’s image”.

A closer review practically shows that the local campaign differed from the global message. The international campaign focused on the experiences of the everyday people who drink the beverage or make it. It spoke to the sense of belonging, togetherness and shared experience Jameson provides. On the one hand, it established the brand as cool and youthful. It also communicated the richness of the experience and the bond between friends and drinkers. The decision to choose the Alté scene as the face of the campaign veered it off the line of inclusive and accessible to all. Since the ‘Alté kids’ are seen as inherently different, unique and set apart, it became one of the campaign’s major selling points.

However, the brand reinvented the campaign in different variations that successfully taps into what inclusivity means. The ‘More than Alté’ and  ‘More than a beard’ variation of the campaign speak to society’s misconceptions and stereotypes. It stamps that Jameson sees these people and is inclusive of them – even when the society considers them different.