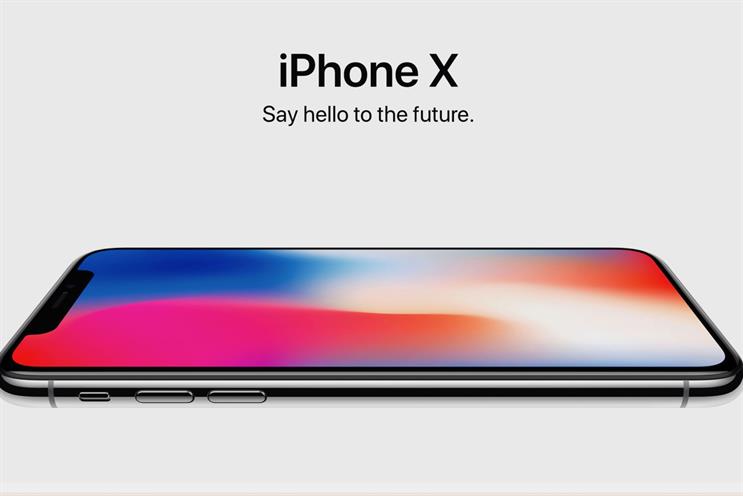 The iPhone X was a big deal. Apple had perfected the art of releasing an iPhone yearly with barely any changes aside from the fact that it might be a little faster, have a slightly better camera, including one or two other small feature changes. But the iPhone X. The iPhone X was different. Apple made a massive shift, giving consumers an enormous change in design and capabilities.

The iPhone X arrived with a hefty price tag, starting at the solid amount of ₦380,619 ($999). But did it matter that it cost an arm? No. People around the world still bought it en masse.

“You need to look no further than Apple’s iPhone to see how fast brilliantly written software presented on a beautifully designed device with a spectacular user interface will throw all the accepted notions about pricing, billing platforms and brand loyalty right out the window.”

His statement alludes to the fact that quality, a new experience and easy use is what keeps people coming back, neck-breaking price aside.

What made the iPhone X so different?

The iPhone X’s main feature was that it was fully screened, which meant that the user would have no distractions and a truly immersive experience. The device consisted of a 5.8-inch monitor that fills the user’s hand while also dazzling their eyes. This meant Apple got rid of the home button to which many iPhone users had grown accustomed.

“For more than a decade, our intention has been to create an iPhone that is all display. The iPhone X is the realisation of that vision,” said Jony Ive, Apple’s chief design officer.

“With the introduction of the iPhone ten years ago, we revolutionised the mobile phone with Multi-Touch. iPhone X marks a new era for iPhone — one in which the device disappears into the experience.”

Apart from pushing the boundaries of creativity, Apple also prioritised user convenience with the iPhone X. The device allowed the user to return to the home screen without pressing any buttons- with just a single swipe. The device also provided users with the option of seeing all the available applications by simply swiping. In addition, instead of fingerprint passwords, Apple switched to the use of Face ID.

Probably the iPhone X’s best feature is the Animoji, Apple’s animated emoji characters. The feature monitors your eyes and gestures while also recording your voice in perfect harmony with an animation. It is essentially a built-in machinima, and it is one of the iPhone X’s most impressive features.

Furthermore, the iPhone X is said to have a two-hour battery life advantage over the iPhone 7. While the iPhone X was a significant leap forward in terms of hardware, the iOS was still similar to a wide range of previous iPhones at the time.

It is a well-known fact that Apple does not invest heavily in marketing and advertisements. In order to maximise sales income, many brands spend a lot of money on TV, radio, and social media advertisements. Apple, on the other hand, recognises that this is not always necessary.

Apple primarily relies on two distinct strategies: product placement and massive positive product reviews. In fact, there was a time when Apple spent absolutely nothing on advertising. This revelation was exposed in Apple’s patent litigation with Samsung.

“Ten years later, it is only fitting that we are here in this place, on this day to reveal a product that will set the path for technology for the next decade,” Tim Cook, Apple CEO, said during the device’s launch, calling the iPhone X “the biggest leap forward since the original iPhone.”

However, this was all part of Apple’s marketing campaign. Apple anticipated that there would be concerns about the iPhone X. The brand dispelled any doubts with a single swoop of first impressions. By giving a small fraction of YouTube stars hands-on access before traditional outlets, reviewers were given a 24-hour window to organise their thoughts and provide the most glowing comments.

“Face ID is functional!”, “The screen is incredible!”, “If you can afford it, the extra money is well worth it.”

With the iPhone X’s first looks, Apple’s fundamental approach was to concentrate on the phone’s fun features rather than its specifications. That is evident in the short ads, which were heavy on entertainment and low on analysis. The ads were more concerned with showcasing the Face ID and the new interface than with battery benchmarks and speed checks. The iPhone X ad also featured a soundtrack by New York musical duo Sofi Tukker, with their song “Best Friend.”

Apple does not release individual model figures on iPhone sales, but the company said that the iPhone X sold the most units of any iPhone model in the first quarter of 2018.

“We estimate the Apple iPhone X shipped 16.0 million units and captured 5% market share worldwide in Q1 2018. For the second quarter running, the iPhone X remains the world’s most popular smartphone model overall, due to a blend of good design, sophisticated camera, extensive apps, and widespread retail presence for the device,” Juha Winter, Senior Analyst for Strategy Analytics, said in the company’s press release.

If the iPhone X was a “flop” or a “failure” is still a topic of lively debate in nerd labs and computer cafes. Some people are still questioning whether it delivered the promised “future” experience. For Apple, the iPhone X did what needed to be done. It sparked dialogue and gained a lot of attention.

It redefined what a smartphone should be. It also made a lot of money.