IndyCar’s ‘Defy Everything’ campaign delivers a ‘tyre’d commercial, but its aggressive digital strategies serve as its saving grace 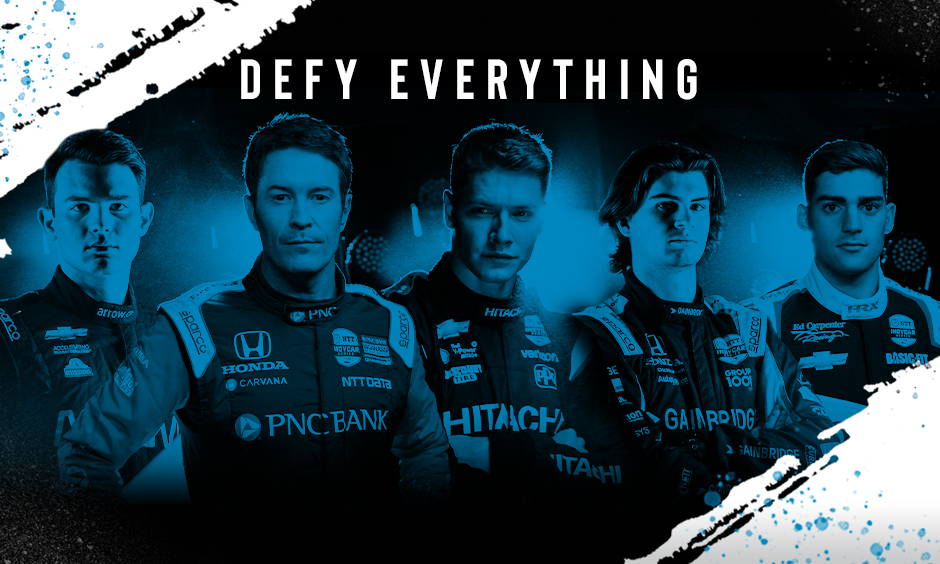 Racecar driving is all about the adrenaline rush. Fast cars, incredible speed and fierce competition, are the things that characterise the major racing sports that people enjoy. The phrase “extremely dangerous” has come to symbolize this sport of speed. Perhaps this is precisely what keeps people enthralled, turning them into avid fans. American journalist and author Hunter S. Thompson described the sport best.

“Faster, faster, until the thrill of speed overcomes the fear of death.”

Despite several horrific incidents throughout racing history, some of which were fatal, race car driving has increased in popularity, with an exponential rise in both spectators and participants. Car racing has a well-established public reputation. It is fast. It is dangerous. It is daring. It is not a game for the faint of heart.

IndyCar, one of the most popular automobile racing competitions, sought to express this sense of risk in their recent ’Defy Everything’ campaign. Unfortunately, the campaign produced a commercial that watered the taste buds but failed to truly deliver.

But before we get ahead of ourselves, what even is IndyCar?

The NTT IndyCar SERIES, which includes races on superspeedways, short ovals, road courses, and temporary street circuits, provides the most diverse challenges in motorsports to its international collection of drivers. The winner of the series earns a $1 million prize and is dubbed the series champion.

The NTT IndyCar series is sanctioned by IndyCar, which was founded in 1994. These athletes compete in single-seat, open-cockpit vehicles with a 2.2-litre twin-turbocharged, direct-injected V-6 engine that produces 500-700 horsepower depending on the turbocharger boost setting. Chevrolet and Honda provide the consumer-relevant engines, which run on Speedway E85R fuel. The IndyCar race is known to rake in an average Nielsen rating of 0.59 and 914,000 viewers, and the Cup race rakes in an average rating of 2.0 and 3.3-million viewers.

Amidst the car racing jargon, you are probably thinking, “Is this like Formula One?”, “What about the one they call NASCAR?” So, here’s a quick rundown of all you need to know about these racing series.

The difference between Formula One, NASCAR and INDY

The fundamental concept is the same; a group of cars circling a track, each person seeking to finish ‘first’. However, Formula One, NASCAR, and INDY are three different types of internationally recognized races, and they differ in very subtle ways. While the races are generally the same in requiring a driver to cross the finish line before anyone else, they vary based on three concepts – type of car, location, and the race.

The cars for IndyCar, Formula One, and NASCAR races differ significantly on the interior, in addition to their outward look. NASCAR stands out the most from Indy and Formula One cars. NASCAR drivers are encased in a sedan-styled vehicle, but F1 and Indy cars have open wheels and an open cockpit. The Formula One series is the shortest of the three series in terms of race length, with races lasting less than two hours. The NASCAR race, which lasts just under four hours and covers 330 laps, is the longest, while Formula One and IndyCar events, such as the Indianapolis 500, last approximately 200 laps. In terms of location, NASCAR, like IndyCar, is a solely American racing series. On the other hand, F1 events can occur anywhere from Germany to Canada throughout the season. NASCAR and IndyCar are only available in the United States, and they are perhaps more popular there than anywhere else.

Following the sports hiatus induced by the Coronavirus epidemic, INDY realized it needed a solid campaign to welcome and pique the interest of its fans. The marketing campaign debuted on April 7 to showcase INDY’s drivers’ “daredevil, unapologetic, and all-around badass mentality.”

The ‘Defy Everything’ campaign was created in partnership with the Chicago-based agency Schafer Condon Carter (SCC). The campaign and internet advertising was designed to appeal to both die-hard racing fans and casual sports fans.

The IndyCar vice president of marketing, SJ Luedtke, explained  that the campaign was aimed at reflecting “the risk athletes take at incredible speed to compete at a high level, offering fans the rebellious personality needed to become an NTT IndyCar SERIES racer.”

“Showcasing their bold athleticism and skill will resonate with sports fans around the world, but we hope their rebellious nature and unrepentant personalities will inspire anyone looking to beat the odds and turn things around on the status quo,” he added.

Media strategies and what went wrong

During the pandemic, IndyCar was tasked with keeping the audience members engaged. The virtual iRacing challenge, an esports tournament where virtually every driver from the 2020 grid competed, was something that IndyCar immediately picked up on. During the hiatus, the series had the chance to engage with fans, teams, and commercial partners. Luedtke and her team also espoused that they kept fans engaged using “the power of video chats and conferences.”

IndyCar used its first-ever digital campaign of the season to greet fans via driver/team social media accounts, which included insubordination stories, driver highlight packages, video content features, and graphics. The majority of the content was devoted to demonstrating how these drivers work- fearless and ready to ’Defy Everything’.

The digital commercial videos depicted moments of opportunity, risk-taking, and all-or-nothing thinking that are frequent in the NTT IndyCar series each season. The film features bold characters and exhilarating on-track situations and is narrated by the driver himself. The video for ’Defy Everything’ is presented through the perspective of ’Do Bad Well,’ an original song by DJ/producer KSHMR, who has been selected one of DJ Mag’s Top 100 DJs in the world for the previous five years and is now placed 12th in 2020.

Sadly, the digital advert relies on a cliche while doing very little to engage the audience. It’s almost tone-deaf, as it does not acknowledge the challenging year viewers had had and merely regurgitates the same ‘daring and dangerous’ rhetoric. An emotive message touching on the series’ hiatus and inviting them back to their source of ‘succour’ would have done wonders for the advert. Mike Stoops, a die-hard lover of the sport, had many words to say in line with these criticisms.

“Unfortunately, this will have no impact on raising awareness or audience. Anyone not following Indycar will have no idea who these drivers are. (Sans JJ) You've got to find a way to promote personalities to move the needle. This ain't it. You've got great new drivers and a youth base to promote - e.g. Pato and Colton. You're doing nothing! Ganassi is trying on their own by making bad versions of "This is SportsCenter." Hire some top-level marketing pros, get outside of your base audience, get creative, be innovative. Sizzle ads are a dime a dozen.”

The results and how it could have been better

Despite the disappointing ad, IndyCar’s various aggressive digital advertising efforts yielded significant results. IndyCar saw a 24% gain in TV viewership over the previous year, with a 0.9 TV rating, which was the best it had ever been. This is impressive, but it might have been a lot better. People were hungry for racing material after such a lengthy break. A campaign that capitalized on this widely-felt emotion would have been timely and appropriate.

Furthermore, the video’s graphics and its selection appeared to be of low quality. Even if the race series intended to sell ‘the sizzle’, it might as well have chosen brilliant, captivating footage. All of these elements work together to capture the interest of the audience and convert new viewers.

Adidas is an example of an organization that took these factors into account and actively engaged with its customers. The ‘Ready for Sport’ campaign took the shape of a bold promotional video that acknowledged the coronavirus epidemic and its impact on athletes and sports fans, including the cancellation of large-scale events such as Tokyo 2020, the Premier League, and others. It was dubbed Adidas’s “most powerful” campaign in the company’s history.

There are many lessons for brands such as IndyCar to learn from Adidas. However, as Beth Comstock, General Electric’s former CMO and Vice-Chair, correctly notes, “Marketing’s work is never done. It’s all about perpetual motion. Every day, we must continue to innovate.” Clearly, IndyCar’s creative efforts aren’t finished; there’s still a lot of innovative marketing to be done.