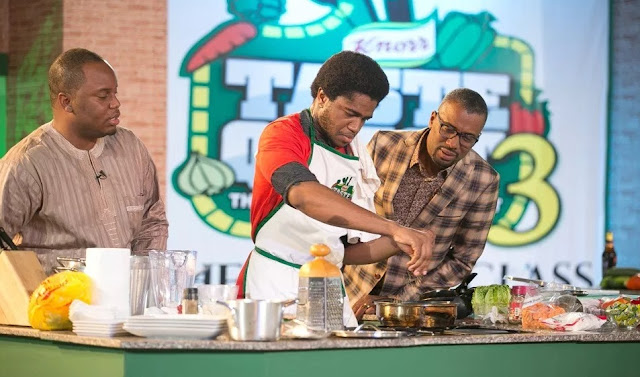 Advertising on television used to look like this: you are watching the evening news and the newscaster says they will be back after this short break. What you see next is a string of commercials, maybe featuring a housewife astounded by her mountain of laundry then reaches for a laundry product. Or in between watching your favourite television show, time is allotted for cheery ads on a toothpaste, beverage, or opening a new account in a bank.

This is known as spot TV advertising and it’s been around since forever. Depending on the location or geographical area, it is largely assumed that most people have access to a television and therefore brands routinely use traditional spot ads to target specific markets and demographics. From small local businesses to large, nationally recognized brands, television is capable of beaming a brand’s message into homes, or private, intimate spaces.

Advertising spots are fleeting things, the time it takes for an advert to run can last for 30 seconds, 60 seconds or even beyond. But as brands became driven to maintain top of mind awareness, television content had to be tailored to serve bigger branding opportunities. There’s only so much attention that spot ads can hold. Imagine if the brand was fully immersed in a television segment?

Although they are still subject to operational codes of the broadcast station, which includes paying for time slots, branded television content can be regarded as long-form advertising and wield some level of autonomy. Case in point, the cooking show Maggi Family Kitchen hosted by Iyabo Lawani from 1999 to 2008 on NTA, which helped the seasoning brand become a household name. Aside from its memorable theme song, the show was educational to anyone interested in cooking and was also family-oriented, in that recipes were made in the spirit of keeping the family together. Additionally, it was a site for Maggi to advertise its range of seasoning products and introduce new ones.

GoldenMorn Rockazz is another example of the branded television show model, a dance competition where high school students battle against each other and are made up of preliminaries, semifinals, and finals. Many more are in this vein: Cowbellpedia, a mathematics competition for secondary schools and Dettol Stars, a talent show for teenagers. Maltina Dance All has been showcasing talented dancing families since 2013, Gulder Ultimate Search took brave, survival-ready participants to remote, isolated locations and left them with meagre resources, MTN’s Who Wants To Be A Millionaire was enduring for being Nigeria’s biggest game show, and Amstel Malta Box Office was a talent incubator for Nollywood hopefuls to become stars.

Due to the revenue it generated, television stations became more receptive to this kind of programming, packaging content into seasons as reality shows gained popularity.

More often than not, these entertainment properties play into the market utility of the brand. For example, Malta Guiness Street Dance show was an energetic competition that required a replenishing of strength and vitality for contestants, for which Malta Guinness amplified in its advertising as an energy drink. Knorr Taste Quest is a cooking contest that positioned Knorr as a go-to seasoning brand, making meals taste better. While branded television content is a form of sponsorship, it has also become an embedded scheduling of the TV station.

Unless the brand is creating its own native audio-visual medium, the brand needs the TV station just as much TV station needs them. Although not all the time, this is why branded shows are discontinued from airing when brands withdraw their financial support.

Not an independent affair

Making branded entertainment shows for television involves several players, from script writers, editors, camerapersons to production managers, studio managers and gaffers. Depending on the show, an audience and host could be needed.

“What most people see when they watch branded television is the brand name and assume that everything was put together by the brand,’’ says Moji Amos, a brand expert. “In most cases, these shows are usually a collaboration between brands and production companies. The TV idea may come from the production houses or brand, but it usually the production people that provide the infrastructure and manpower, just like you have DM Holdings for Golden Morn Rockazz and Jungle Fireworks for Gulder Ultimate Search.”

Brands can bypass production companies and deal directly with TV stations, if they have the technical means. For mostly their role, though, brands are able to pull off the hefty financial requirement. Big Brother Naija and production outfit Red Pepper Pictures is an example of how brands have attempted to engage with their markets, whether existing or emerging.

As television shifted online, brands’ advertising spend targeted mediums like YouTube. But original branded content adapted for online spaces is yet to explode, and this is because many people don’t come online to primarily seek out branded content. A host of other things like emailing, social media messaging, or even reading a news article are things people prioritize. Internet cost is also a pitfall, already alienating possible consumer markets by a significant number.

This has left brands to still rely on traditional strategies. According to research by Channel 4 in 2020, the UK station observed a surge towards its branded content. It found out that branded entertainment saw a 29% higher brand perception than the traditional ad spot. Also, 44% of respondents felt more positive about a brand after seeing it in such a programme. Because of these findings, Channel 4 is trying to increase its branded content programming, especially targeting younger populations.

In April, soda giant Pepsi unveiled a branded reality show to introduce a new mango flavour. Unlike Nigeria where internet access poses a barrier, Pepsi wants to integrate its branding with original programming to reach young viewers who are otherwise adverse to advertising on traditional linear TV. In this case, viewers can watch the show on YouTube, Pluto TV and ad-supported video-on-demand service (AVOD).

Maybe it’s not so much about the need for more branded content on television, but also about how the brand can fit new products in the market.