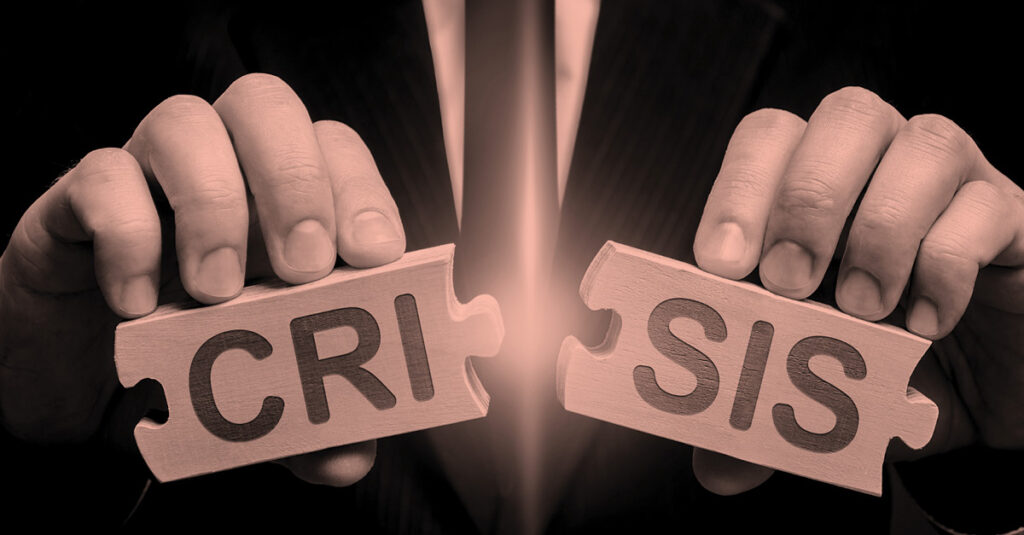 In 1982, seven people died in Chicago, United States, after taking extra-strength Tylenol capsules that contained Cyanide, prompting mass oppression to the brand. Before the crisis, Johnson & Johnson’s Tylenol was the most successful over-the-counter product in the US, with over one hundred million users. The drug was responsible for 19% of the company’s corporate profits during the first three quarters of 1982; 13% of its year-to-year sales growth, and 33% of its year-on-year profit growth. Tylenol was the absolute leader in the painkiller field, accounting for a 37% market share, outselling the next four leading painkillers combined, including Anacin, Bayer, Bufferin, and Excedrin.

A strong response followed. Johnson & Johnson chairman, James Burke, reacted to the negative media coverage by forming a seven-member strategy team. The team’s strategy guidance from Burke was first, “How do we protect the people?” and second, “How do we save this product?” The company’s first actions were to alert consumers not to consume any Tylenol product immediately. Thirty-one million bottles ($100m worth) were pulled from the shelves, with production and advertising completely stopped. Suddenly, Johnson & Johnson had to explain to the world why its trusted product was suddenly killing people. Obviously, the crisis would determine the survival of not just the product, but the whole company too.

Even though there was little chance of discovering more cyanide-laced tablets, Johnson & Johnson showed that they were unwilling to take a risk with the public’s safety. The company used PR and paid advertising to communicate its strategy, as it secured media spots to issue a national alert. In the first week of the crisis, Johnson & Johnson established a hotline for consumers to call and for the company to respond to inquiries from customers concerning the safety of Tylenol. They also established a toll-free line for news organisations to call and receive pre-taped daily messages with updated statements about the crisis.

Read Also: What happens when Nigerian brands take a stand?

Before the crisis, Johnson & Johnson had not actively sought press coverage. In crisis, it recognised the benefits of open communications in clearly disseminating warnings to the public and the company’s stand. Post-crisis, Tylenol was reintroduced with new tamper-resistant packaging and $2.50-off coupons. Tylenol became the first product in the industry to use the new tamper-resistant packaging just six months after the crisis occurred. The media praised the length the company went for its customer care and how it handled the public outrage, and it made an eventual recovery.

Globally, the Johnson & Johnson Tylenol crisis and its aftermath has become widely recognised as a classic case of dealing with adversity and emerging with resounding success.

Every organisation is vulnerable to experiencing a crisis. It can happen at any moment, causing confusion and stress and putting brand reputation and stakeholder relationships at risk. How the company and its leaders choose employ crisis management tools can have a long-lasting effect on the business. Effective crisis management requires organisations to anticipate potential crisis scenarios and quickly respond when they happen. Brands that are well-prepared and ground their response in purpose, mission, and values are best-positioned to recover from a crisis, maintain business continuity and emerge successfully.

For example, when a crisis like the COVID-19 pandemic occurred, there was an immediate need to communicate with customers, employees, and stakeholders. Business operations were disrupted, and customers were inquiring about the impact it would have on them. Investors probed for new insights while the media dug for potential stories. Both proactive and reactive crisis communication approaches have their place, just like both of them require significant planning. However, no organisation should wait until a crisis gets entirely out of control before creating a game plan. That is where organisations fail, leaders lose their jobs, and companies collapse.

How would you recognise a crisis?

At the 2017 Super Bowl, the American automobile brand, Ram released a truck ad featuring Martin Luther King that some observers considered distasteful. Social media exploded with calls for a boycott. Countless articles with headlines like “Ram Super Bowl ad uses MLK and people are furious”. As it appeared, the brand was on a free fall – or so the media and experts would have everyone believe. Upon an ad test by Morning Consult with a nationally representative sample of Americans, it found a sturdy plurality of consumers liked it; African-Americans liked it best. People thought the ad was inspiring.

Crises differ in nature and scale but can still pose a risk regardless of size. Maybe an employee posted a bad picture on social media, or the company website has been hacked. It could just be a mass resignation, or customers are suddenly flooding the company’s social media pages with complaints about lousy customer service. Regardless of the crisis, this is the point where public relations and the leadership team come together to form a crisis communications plan.

While a proactive crisis communication plan might appear to make mountains out of molehills, it can also preserve an organisation’s integrity while diffusing any ticking timebombs of a story later down the road. Just like the Johnson & Johnson strategy, proactive crisis communications may not even involve contacting the media. It could be as simple as sending an office-wide notification or holding a meeting to discuss the issue openly. The good news: You can prepare for a crisis and implement strategies during downtime or stormy days.

Here are some tips to begin:

1. Every brand should have a crisis communication team

Although Johnson & Johnson performed exceptionally well, there were some critical areas the brand improved upon after the crisis. The company did not have a proactive public affairs program before the crisis, so the company had to be informed about the Tylenol crisis by a Chicago reporter. The only media relations engaged in by Johnson & Johnson was in advertising and marketing. If this particular reporter had been more adversarial, the whole crisis may have taken on a different form in the public’s perception.

Most companies think about crisis management and communication only when they are in the midst of the crisis itself. Then, they are forced to run around trying to contact the right people to deliver an effective message, and, hopefully, put out the fire. Brands need to take advantage of the calm moments to brainstorm both potential crises which could affect your company and appropriate responses. If you do have a team, the best way to ensure that the team is (still) on-board with the crisis communication strategy is through consistent reviews and meetings.

In April 2009, two Domino’s employees uploaded a video of themselves doing disgusting acts in the pizza preparation process to YouTube. Over one million people viewed the video, and Twitter went ablaze with criticism. Domino’s finally fired those two employees involved, but their decision to wait over two days to respond damaged their reputation. The video went viral, and was reposted with new edits and pictures.

Crisis management is all about strong leadership. Brands can prepare its leaders through coaching on how to step into their defined roles and respond with clarity, transparency and confidence.

Start your crisis management plan by identifying the key risks and high-potential crisis scenarios. Examine each situation to clearly define the events or triggers that would activate a crisis response for the brand – natural disasters, workplace incidents, bad products, data breaches, or public health concerns. In an actual crisis, an organisation would determine its severity by assessing the overall impact the crisis has on the business, and match it with the correct level of response.

Johnson & Johnson’s failure to establish a positive relationship with the media forced the company to respond to the crisis in an advertising-like manner. The company initially received criticism for not being genuine due to the slick sales-like response ads run during the crisis. But it overcame the problem with the media through personal messages from the CEO.

A crisis management plan should include both an immediate and long-term response plan. The plan should include a dedicated response team with clear responsibilities; an internal and external stakeholder inventory, including preferred communication channels for each audience; designated, crisis-ready spokespeople and leaders and identified external experts (e.g., legal, public relations); prepared, templated materials that can be customised and distributed easily using previously determined communication channels, including a monitoring and listening process to better understand the issue, follow marketplace conversations and evaluate how best to meet stakeholders.

5. Keep the information simple and factual

The Johnson & Johnson Tylenol crisis is an example of how an organisation should communicate with the various publics during a crisis. The organisation’s leadership set the example by making public safety the organisation’s main concern. The strategy informed the single message, which was to enhance the public’s well-being or health.

Communicating accurate information simply and concisely will also help reduce speculation and assumptions, especially when delivered calmly and confidently. The amount of information in a crisis and the speed at which it can change may be overwhelming and cause people to feel uncertain, anxious, or fearful. Delivering straightforward information from credible sources ensures that everyone understands the situation, is aligned with the organisation, and trusts what is shared.