Bill and Melinda Gates are divorced. Why it concerns African brands in the social sector 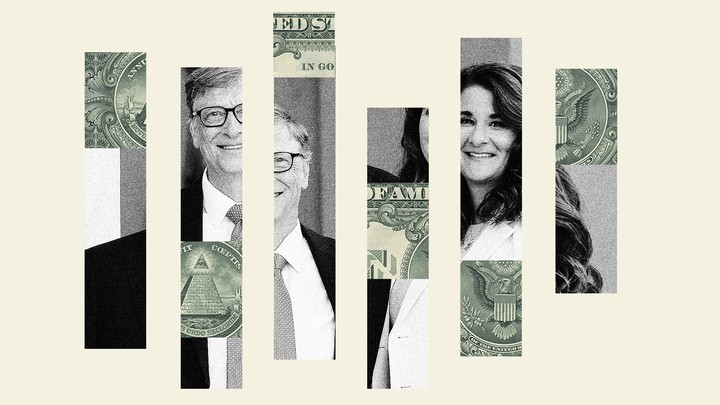 Billionaire benefactors Bill and Melinda Gates, co-founders of the Bill & Melinda Gates Foundation, one of the world’s largest private charitable foundations, filed for divorce after 27 years of marriage.

This is not the case of a random family jolted by the unexpected separation of their breadwinners. This one has real-world implications ranging from technology and big business – with Microsoft, the company that Bill founded and made him one of the wealthiest men globally, to global health- where their foundation is at the forefront of vaccination efforts against the coronavirus. There is certainly no denying the power, influence and international implications with which this divorce comes.

In their carefully worded statement put together possibly to calm numerous interests across the globe, the former first couple of philanthropy pledged to continue their work together. Bear in mind that the B&MGF is one of the most influential forces in global public health, with a cumulative spend of over $50 billion over the past two decades in programs combating poverty, inequality and disease. A great deal of this work is done in Sub-Saharan Africa.

Started in 2000, the non-profit now ranks as the largest private philanthropic foundation in the United States. According to the organisation’s full-year financials, net assets total $43.3 billion as at the end of 2019.

The foundation is noted for its business approach to combating some of the biggest challenges of today’s world. Its widely lauded programs range from malaria and polio eradication to vaccines and even infrastructure development. Only last year, the foundation committed some $1.75 billion to COVID-19 relief. More than US$2 billion of the foundation’s resources has gone towards fighting malaria alone in developing countries, including Nigeria.

The Gates Foundation insists that the former couple would remain as co-chairs and trustees of the organisation and that the work and mission remain unchanged. However, African brands working in the social and non-profit fields are right to follow up on this significant split actively. The reason is simple. A great many of these organisations have always relied on the B&MGF as their primary funders. Thus, any major change like this one will definitely lead to lots of anxiety.

Moreover, there is some precedence for the fears.

Spousal breakups have caused disruptive changes at foundations in the past. When British hedge fund billionaire Chris Hohn and his wife, Jamie Cooper, divorced in 2013, it resulted in management problems at their charity, the Children’s Investment Fund Foundation. The split triggered a prolonged legal fight over whether to approve a $360 million grant to a new charity founded by the now single Cooper. A legal decision eventually settled that the money should be given to Cooper’s new organisation.

The Gates’ divorce will definitely raise renewed scrutiny on the potential volatility of concentrating so much power in the hands of wealthy individuals no matter how good-intentioned they make out to be.

The bulk of the foundation’s work is in developing countries of the world, including Africa and Asia. From Malaria to HIV, this work could be jeopardised by an acrimonious split that fails or is unable to take into account all the factors at play. The coronavirus is the immediate major threat facing humanity. Even with vaccines being deployed in first world countries, many of the developing countries have no prayer in heaven of affording mass vaccination drives. For these countries, entities like the B&MGF may be their only hope.

Last year, the foundation pledged about US$250 million to help fight the pandemic, with some of the funds channelled to the distribution of life-saving doses of Covid-19 vaccines to parts of Sub-Saharan Africa and South Asia. The money also went to testing, personal protective equipment, and health services support, particularly in developing countries. These funds were also crucial to forming Covax, a global program to help supply vaccines to the poorest countries.

The power that the foundation has…

The B&MGF work in Africa covers a considerable spectrum.

In Nigeria, for instance, the foundation has pledged over $50 million in grants for the year. These monies are being invested in various programs with global health solutions, financial services and agricultural development getting the bulk of the spend. Furthermore, Nigeria lags behind Kenya and South Africa in terms of the bulk of commitment.

The foundation has done fantastic work with eradicating polio- committing several billion into this- and blunting the effects of infectious diseases. It donated more than $50 million during the Ebola outbreak in 2014 and is the largest private donor to the World Health Organization.

Aside from the foundation, both Bill and Melinda have private projects that they are passionate about. Bill has been known to support clean energy innovations and education technology through his Gates Ventures company, while Melinda has favoured women’s rights with her Pivotal Ventures. Not a few brands will now have to dedicate their forthcoming strategy sessions to figuring out their place within this new world order.

Speaking of women, it must be challenging- but also exciting- times for brands that work within women’s development. Melinda’s influence can be found all over the foundation’s focus on helping women live their best lives through thoughtful family planning. Despite reservations from influential quarters, family planning remains at the core of any successful development strategy. Thankfully, women have an ally in Melinda, and her renewed agency as an independent must surely mean greater advocacy and investments in women’s rights. Especially important if, for some reason, the foundation decides to spin off into other entities.

The way that the money is raised going forward

“I think there may be changes to come… but I do not see it as a big asteroid landing on the field of philanthropy as some of the hyperbole around this has indicated,” says Megan Tompkins-Stange, a professor of public policy and scholar of philanthropy at the University of Michigan.

This is because the Gates foundation’s $50 billion endowment is in a charitable trust that is pretty much unbreakable, hence cannot be divided up as a marital asset. Still, the divorce is likely to lead to conversations about the Gates’ brand of philanthropy. The kind that revolves around extremely wealthy- and living- patrons and their high net-worth friends.

In the end, the divorce may well come down to the very structural matter of inequality and the ways that capitalism and globalisation have enabled a world that is grossly dependent on the generosity of two private citizens.

There are many things noble about Bill and Melinda’s decision to give away most of their wealth, but what happens when they are not feeling quite as benevolent? Bill has recently drawn the ire of global health leaders for his refusal to back sharing the intellectual patents for the COVID-19 vaccines. His argument that the manufacturing process for the vaccines must be scrutinised has been received as favouring profits and big pharma over human lives.

In light of this, while both Bill and Melinda Gates may remain committed to their development work, brands may need to redirect some advocacy efforts to ensure that governments play their part in tackling these issues. Programs must also be rededicated to sustainability and community ownership for when donor funding dries up eventually. That way, the fate of millions of people is not so dependent on the marital fate of two well-meaning individuals.