Who is afraid of Arise News? 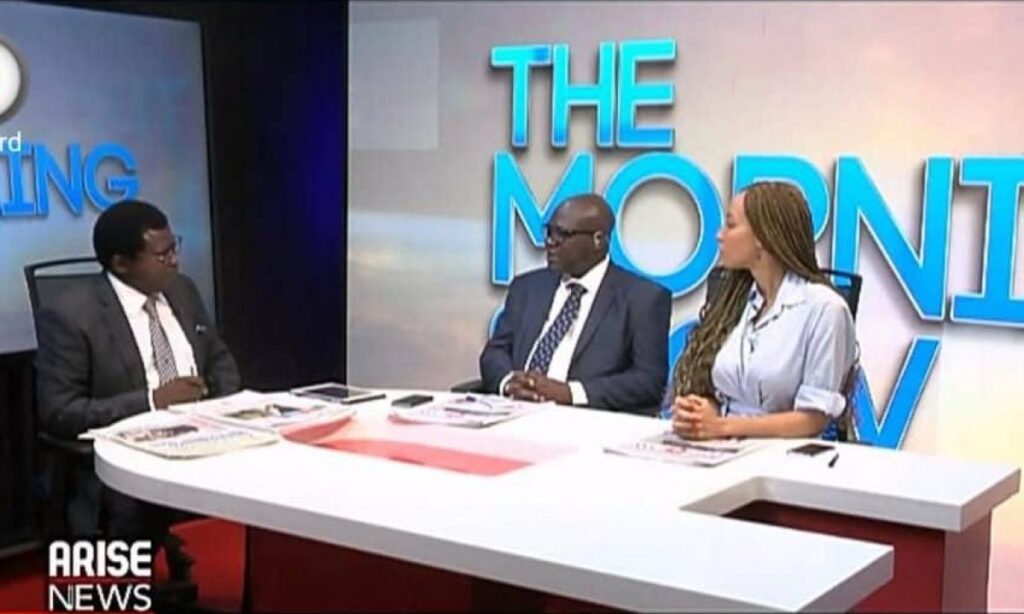 On 8 October 2020, Lai Mohammed, the Minister of Information and Culture, was at the National Assembly to defend the 2021 budget proposal of his ministry. According to him, fake news and misinformation are severe and significant challenges confronting the nation. This nation. Nigeria. He then called for a national policy on the use of social media to control fake news and misinformation.

“If you go to China, you cannot get Google, Facebook or Instagram, but you can only use your email because they have made sure that it is regulated,” he said. Ultimately, the nation apparently needs to deploy resources to acquire technology that would enable the government to dominate and control social media. Therefore, the budget presented by the honourable minister proposed N4.9 billion for personnel cost, N900.56 million for overhead expenses and N1.977 billion for capital projects.

Somewhere in the pile, some N336 million was budgeted for the curious campaign against hate speech and fake news. What is hate speech? What is fake news? Who confirms what? Does it really matter? The government wants to dominate and control social media. Would Nigerians allow that? It does not seem likely. The backlash has begun, returned. Attempts to censor social media have been made in the past, and they have been met with deafening outcry.

Notably, Nigeria’s reliance on social media was exacerbated by an apparent failure of the media. Particularly, the wondrous silence of TV stations during main events. At least, most of them. In the country’s moment of need, when the movement needed amplification and clarity, there was no one. No one, except Arise News.

Techpoint Africa was apt with its narration.

“For a large number of users of social media, Arise News has been one of the few news media companies in Nigeria bringing factual coverage of the events to the majority of Nigerians at home and abroad watching on TV and online. Having a widely trusted news source is especially important, considering that a lot of information — both genuine and questionable — has been making the rounds on social media and on traditional news outlets.”

Really, that does it.

On 20 October, reports from multiple eyewitnesses had shown members of the Nigerian Armed Forces firing at unarmed protesters at the Lekki tollgate. The following day, Arise News was at the scene to start a live broadcast that aired on DStv channel 416, YouTube, Twitter, and the Arise News website.

It was Arise News that interviewed lawyer and activist, Femi Falana, on 27 October. He touched on the Lekki shooting and the discovered COVID-19 palliatives. “How can state governments be hoarding ‘indomin’?” he cried. A week before, his son, Folarin Falana (Falz), had given a detailed explanation of the #EndSARS movement and the steps taken.

On 24 October, Arise News interviewed Atedo Peterside, the Chairman of the ANAP Foundation. When asked about the president’s speech, he said, “I just wish he had made reference to those who lost their lives. Not just the police, every life is important, and we must send that signal”. Don’t we all wish that? Now we are committed to filling Canada’s quota.

Arise News captured the emotional and seemed as consumed as we all did. On 21 October, an Arise News presenter teared up while addressing the Lekki massacre. Arise News also captured the hilarious: On 27 October, a news headline read, “A Buhaflix Movie – CSI: Eko – Fashola Finds Hidden Camera at Scene of Lekki Shooting”.

Oh, for all its bravery, Arise News has faced some consequences.

On 11 October, Ogbonna Francis, a cameraman, was attacked and brutalised by policemen. Francis had just left the Police Force Headquarters where he covered the press briefing by the Inspector General of Police. “They repeatedly hit me with their batons and a long stick. They broke my camera and also my identity card,” he said. On 13 October, Arise News was at the National Assembly to cover an #EndSARS protest. Officers of the Nigerian Army seized their camera and microphones.

Ultimately, on 26 October, the National Broadcasting Corporation (NBC) fined Arise News, Channels TV and AIT (African Independent Television), claiming they used unverifiable video footages from social media to cover the #EndSARS protests. The fines ranged from N2 million to N3 million. The Acting Director-General, Armstrong Idachaba, warned that further sanctions would be harsher. The week before, the NBC had warned that broadcasters must “perform the role of a peace agent by adhering to the principle of responsibility, accuracy and neutrality” in reporting the protests.

I nor dey hear word. I get coconut head, Arise News replied.

Who are these people? Who is Arise News?[1]

Contrary to popular belief, this is not the first time Arise News is making bold headlines. In May 2014, they led the first TV crew to Chibok in northern Nigeria, the scene of that mass abduction of schoolgirls by Boko Haram.

Arise News is a London-based world news channel. It has studios in New York, London, Johannesburg and Lagos. It features African, US and European content. As of October 2020, Arise News is available on Channel 416 on DStv in Nigeria. It is operated by Arise Broadcasting Ltd, which is owned by Nduka Obaigbena.

On 4 February 2013, Arise News began broadcasting. The arrival of the network was announced by company executives in London and New York. At the launch, Mr Obaigbena said, “We are a new international network established to reflect the new world order not hardwired to the old and built to reflect the modern way news is consumed. Nowhere is this more important than in the emerging economies”.

He stressed: “There will be no state funding and no state agenda. Our coverage will be balanced, comprehensive and completely independent”.