VPN and Nigerian businesses (1) – the good, the bad, and the ugly 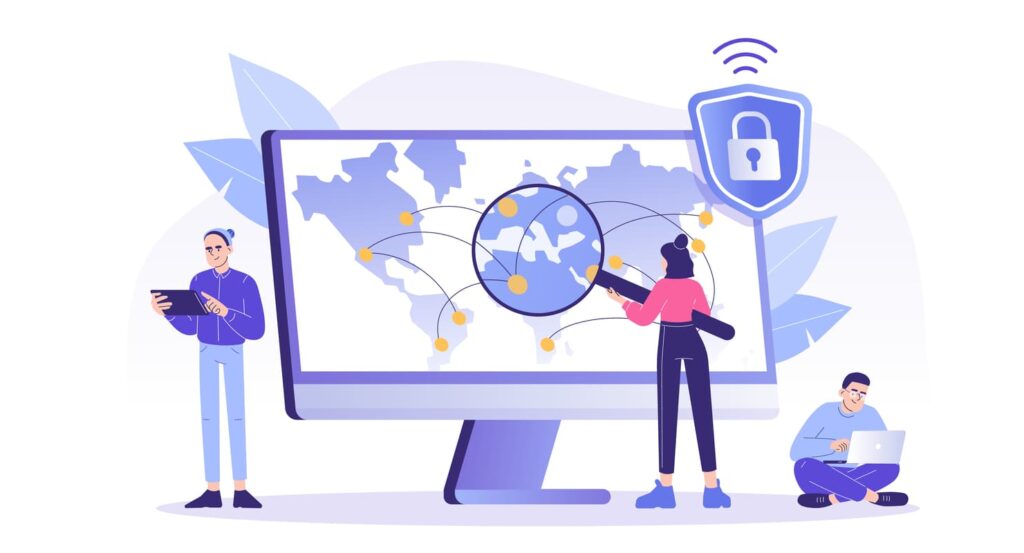 VPN stands for virtual private network. It is a network system that exists outside of the Internet, which uses extra security and encryption measures to protect your data and identity while you surf the web.  Ordinarily, you access the internet via an ISP (internet service provider). A VPN routes your device’s internet connection through your chosen VPN’s private server instead.

Why are we talking VPN? In Nigeria, VPN has become household terminology. Twitter was banned on June 5, 2021, two days after a tweet by the President was taken down by the platform. The government described the rationale for this ban as “the persistent use of the platform for activities that are capable of undermining Nigeria’s corporate existence”.

Nigeria’s Attorney General and Minister of Justice, Abubakar Malami, subsequently directed the country’s Director of Public Prosecution to “swing into action and commence in earnest the process of prosecution of violators”. Two days after the ban, the Foundation for Investigative Journalism reported that the Nigerian Presidency had reached out to the Cyberspace Administration of China (CAC) to discuss plans to build an internet firewall. The government has since denied this report.

However, many Nigerians have remained undeterred, continuing their usual business through VPNs. By 9th June, “werey” and “June12Protest” were trending in other countries. Nigerians had characteristically moved on, accessing the internet from every other country in the world, causing a stir with peculiar hashtags.

The ruling party, the All Progressives Congress (APC), has since warned about the use of VPN. APC alerted Nigerians “of the many risks involved in accessing contents, especially social media using the Virtual Private Network (VPN) which is vulnerable to the heinous activities of criminal hackers who can steal data and money in bank accounts”. The Minister of Information, Lai Mohammed, has said his bit as well.

During an appearance at the House of Representatives last week to defend the ban, Mohammed said, “my advice to anybody using VPN is to stop it because when you use VPN, it exposes your entire data, including your bank account… I am serious. So, if you are using VPN and you think you are hurting Lai Mohammed, you are hurting yourself.”

Are these statements correct? Hardly. Your entire data, including your bank account? Perhaps there has been a little exaggeration. What are the real dangers of using a VPN though?

Dangers of using a VPN

VPNs are not the sliced bread they are sometimes portrayed to be. No.

Of course, people who use VPNs may experience slower internet speed. This is because the encryption process a VPN undergoes as it secures your data takes time. Also, VPN blockers exist, to negate the effectiveness of VPNs. Certain sites (VPNs are blocked by streaming services like Netflix and Hulu because they have contracts with movie distributors that only allow them to show content in specific countries), even countries, simply block people who use VPNs from accessing certain websites and content.

Yeah, you read that right. In Iran, Iraq, Turkey, and Oman, VPNs are blocked. In Russia and China, you can only use government-approved VPNs. Now, speak in low tones so our government does not find out.

Also, the wrong VPN may put your privacy in danger. Instead of protecting your online data, they may do the exact opposite. Some VPN providers may be inexperienced, or they may keep logs about your online activities (defeating the very purpose of using a VPN). Also, note that free VPNs do not offer properly configured encryption. Meanwhile, quality VPNs will cost you money, often denominated in dollars. Finally, not all devices support VPNs – certain operating systems and devices do not.

Yet there are many benefits of using a VPN, aren’t they?

Perks of using a VPN

VPNs keep internet users anonymous. Anonymity on the internet can be both good and problematic. However, we all have internet activities that we don’t want to be traced back to us. * cough * With a VPN, you can access applications and websites while completely remaining anonymous. This is better than incognito modes of browsers that do not completely protect your identity. VPNs do more to keep things like your IP address, location, passwords, and data safe from potential hackers or big tech companies or whoever else might be trying to exploit you.

While you use the internet, you may experience an influx of pop-up ads. That is normal. Applications and websites track the activity of users online. They then analyze the data they collect and use it to target you with ads. A VPN stops people, software, and web browsers from gaining access to your connection. This keeps the information you transmit and receive secure and anonymous.

VPNs can help hide your private information and protect you from hackers. Hackers impersonate internet users by intercepting sensitive information they enter on websites. Using that information, they can gain access to bank accounts, credit card information, and other sensitive data. VPNs grant users high-level security by encrypting communications.

VPNs also prevent data throttling and bandwidth throttling. Throttling happens when an internet service provider (ISP) intentionally slows down your internet speed because you have consumed a specific amount of your available data, or you have visited certain pages, or engaged in certain internet activity. With encryption, no one else can see how much data you are using or what websites you visit.

Importantly, with a VPN, you can hide your Internet Protocol (IP) address. This way, you can bypass firewalls that prevent you from accessing certain websites, because the firewall restrictions have been applied to certain addresses. This way, you may also avoid online price discrimination, which is totally a thing. Online retailers and airline companies sometimes like to display different prices to their website visitors based on which geographical region they are from.

Now that we have gotten these out of the way, we will discuss the effect VPNs can have on your Nigerian brand and marketing efforts. Look out for Part 2!