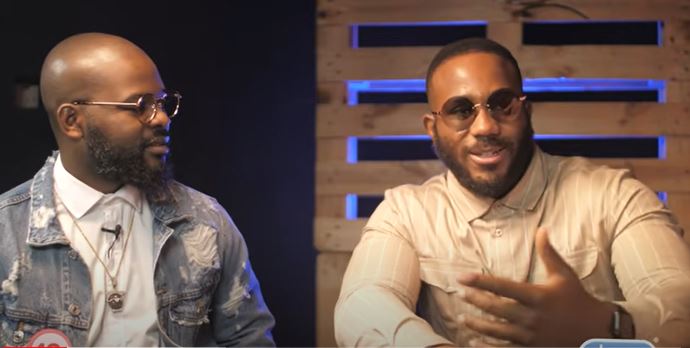 Back in January, condom brand Durex launched its latest campaign #MakeLastingImpressions, with the goal to encourage conversations about sexual performance and help couples achieve greater satisfaction in bed. What the brand intended for the campaign’s duration is unknown, but it’s safe to say that the public didn’t notice until it went for celebrity power to drive engagement online.

Using digital infrastructures like YouTube, Durex introduced Big Brother Naija alum Kiddwaya, music star Falz, TV host and actor Akah Nnani, and media personality Taymesan, four men rooted in the entertainment scene and invited to a roundtable to have open and honest conversations about sex. Much similar to the way men congregate in bars, or beer parlours, and quip over their sexual experiences and whatnot, Falz and friends are doing just that but without misogyny and slut-shaming as unbearable props.

But it’s also the approach that Durex is taking in this campaign, mindful of the way sex is politicized in that men and women don’t participate in sexual activities equally. While it’s permissible to associate problematic notions around sex to older generations of men, younger men are no different. Reality shows, movies, music videos, and real-life engagements on social media continue to show the yoking of today’s men with patriarchal ideas and how they view women.

And that’s why these roundtable, celebrity-driven episodes are largely a palate cleanser. With the first episode released in May, available on Durex’s YouTube channel, the selection of these male celebrities does appear random at first, but a closer look reveals more careful consideration. As one of the biggest personalities from the immediate past season of BBNaija, Kiddwaya was oxygen for tabloids, his celebrity profile rising and exploding into the capillaries of public domain while preserving a delicious, almost regal masculinity skewed towards Instagram consumption.

He would later become a Durex ambassador this year, in a move that some say complements the brand. Falz, on the other hand, offers bankability as an established figure across entertainment industries and due to his candor, controversial soundbites have trailed after him. In enterprising ways, Akah has turned his young marriage into a piece of quasi-reality television on social media, creating an online appetite towards the inner workings of wedlock. With comic chops, Taymesan is conquering the internet as media’s new darling. Taken together, the show becomes armed with interesting perspectives.

Early on, Akah acknowledges the unhealthy ways men talk about sex which then leans into the issue of toxic masculinity. As such, male sexual performance is judged by strict parameters like dominance. Other topics like the best sex position for lasting long is particularly made funnier by Falz, who trafficks his comic persona into the conversation. When the men talk about foreplay however, it brings to mind the way sex is still crudely defined: heteronormative, penetrative, phallus-centric, an act where the penis moves with hegemonic power.

Understandably Durex is highlighting, and as part of its core branding, sexual relationships between heterosexual men and women. But even in such spaces, what constitutes as sex can be too narrow. Essentially, the roundtable episodes are frivolous and snappy, cognizant of the short digital attention span of Nigerians. It was also another opportunity for Durex to plug in its Performa condom which was out in the market in 2019, a condom variant designed to increase sexual pleasure with its special Benzocaine lubricant, this way helping couples enjoy long-lasting sex.

For the first episode, it garnered 68, 747 views which is an encouraging start, although the numbers did fluctuate with 54, 166 views for the second episode, 45, 856 views for the third, and 48, 171 views for the final episode. With the droves of comments, Durex can see this as a test run for branded television and develop something granular in the future. Branded content for traditional television has been a marketing initiative to reinforce brand awareness, but adapting such for online spaces in Nigeria is yet to be a popular idea. Durex can shatter the glass ceiling. The

Through its previous branding initiatives, Durex has been advocating for a safer sex culture in Nigeria but this is the first time it’s leveraging on celebrity this way, making it an impressive campaign. Going forward, it could be a game-changer.