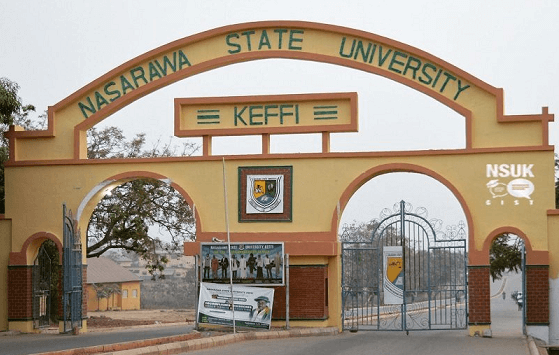 To help marketing teams with their decisions on which location(s) to use for their campaigns and activations, we list 11 schools spread across Nasarawa. These schools in Nasarawa are popular, have the numbers, and the contact person is sure to meet individuals who will digest the intended message and take it home.

St. Augustine’s College, New Karu, Nasarawa, a Christian based college, is home to both local and international students. Everything about the college is simply great. Hundreds of applicants seek admission to the school every year. The competition is keen…absolutely keen! But available openings are scarce. So admission is equally tight. The school has as many facilities as any high school will need, reason more people choose the school.

Nasarawa State University is located in Keffi and is a tertiary institution that was created to encourage the advancement of learning in the state and its neighbouring environments. It was established with the fundamental aim of providing an avenue for Nassarawa indigenes to pursue and acquire tertiary education. Nassarawa State University caters for both full-time and part-time students. The university has a Post Graduate Faculty which offers a Masters in Business Administration(MBA) under the Department of Business Administration.

Epitome Model Islamic Schools (EMIS) is a private Islamic institution comprising Nursery, Primary and Secondary schools. EMIS is a co-educational secondary school with boarding facilities and day (option) for students. The school (located in Anguwar Ashimu, Mararaba, Nasarawa) was established in September 2008 for the 2008/2009 academic session. The school has 600 students, 198 academic and non-academic staff.

The College of Education, Akwanga, is a tertiary institution located in Akwanga town in Akwanga Local Government Area in Nasarawa. The institution was established as the Advanced Teachers College Akwanga (ATCA) in September 1976, by Plateau edict No.5 in 1978. The edict was then repealed in favour of Nasarawa Edict No. 16 of 1996 which came into effect on 1 October 1996, after the state was created from Plateau, by the Abacha government, which transferred the responsibilities of the institution to the Nasarawa government, as a result of the location of the institution in the new Nasarawa.

Bingham University, located in Karu, 25 kilometres from Abuja, was established in 2005 by the Evangelical Church Winning All (ECWA) as a Conventional University. It is one of the six private universities in the north and the only one established by a Christian organisation. The main purpose of ECWA was to meet the daring need for high-quality Secular Education which recognises and integrates the moral and spiritual values on which the Christian faith is founded as well as focuses on entrepreneurial studies in order to promote self-reliance among graduates of the University.

The Federal Polytechnic, Nasarawa, was established on July 1, 1983, by the Federal Government of Nigeria. The establishment of the Polytechnic was predicated on the Government’s desire to transform society technologically.

The basic philosophy of the school is to train the Head, the Heart and the Hands. To this end, the School plans to contribute to the educational development of the immediate community and the country in general. The school provides affordable education for the underprivileged people of the densely populated Karu Local Government Area.

The college was established on October 19, 1979, by Rev. Fr. Simon Emenuo, a Holy Ghost priest who was the parish priest of St. Peter’s Catholic Church, Toto, then under Makurdi Diocese, with the permission of the then the catholic Bishop of Makurdi Diocese, Most  Rev. Dr.D.J. Murray Cssp. Throughout its life span, the college has drawn students from all parts of the country.   Over the years the school has achieved excellent results in the JSCE, SSCE and U.M.E.

College of Agriculture, Lafia has nurtured engineers, farmers, scientific pioneers, entrepreneurs, business leaders and spiritual leaders, public servants, scholars and teachers in nearly every field of Agricultural Sciences and beyond. It is a Centre of Academic Excellence for the promotion of Agricultural, Technical, Vocational Education and Training (TVET) in Nigeria and beyond.